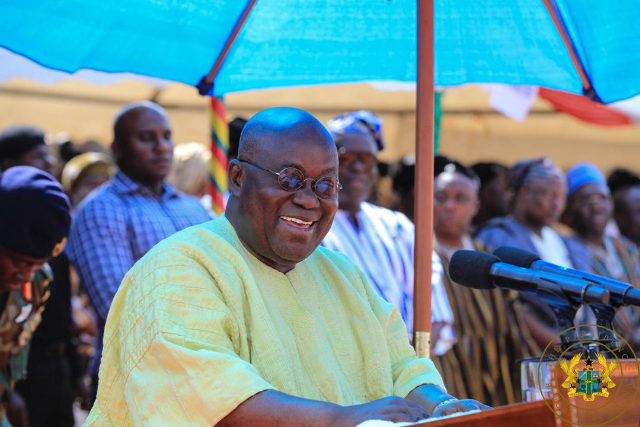 The President Nana Addo Dankwa Akufo-Addo is on a three-day working visit to Northern, Savannah and North-East Regions.

The President is expected to touch down by 3.00 pm and begin the tour in the Savannah region. He will first pay a courtesy call on Kusuguwura at Yepei and later commission the Yapei water project as well meet with the Yapei constituency executives to mark the first day of the tour.

It is also expected that he will pay a courtesy call on Nayiiri Naa Bohagu Mahami Abdulai Sheriga, King of Mamprusi, Nalerigu, commission Nayiri water project, as well as cut sod for the construction of an ultra-modern regional Youth Employment Agency office.

He would later proceed to Tamale to cut the sod for the Tamale water project as well meet with the party executives on the same day.

In the Northern Region, President Akufo-Addo will call on Yaa Naa Abubakari Mahama II, and then also cut the sod for the construction of Yendi water project to ease the burden of the residents in accessible portable water.

He will also be in Damango, where is expected to meet with the Paramount chief of Yagbon, Yagbonwura Tutumba Boresa II, cut sod for the Damango water project and also meet the party executives in the region to end his tour of the North.

BONDS: What everyone should know about them (Pt.2)