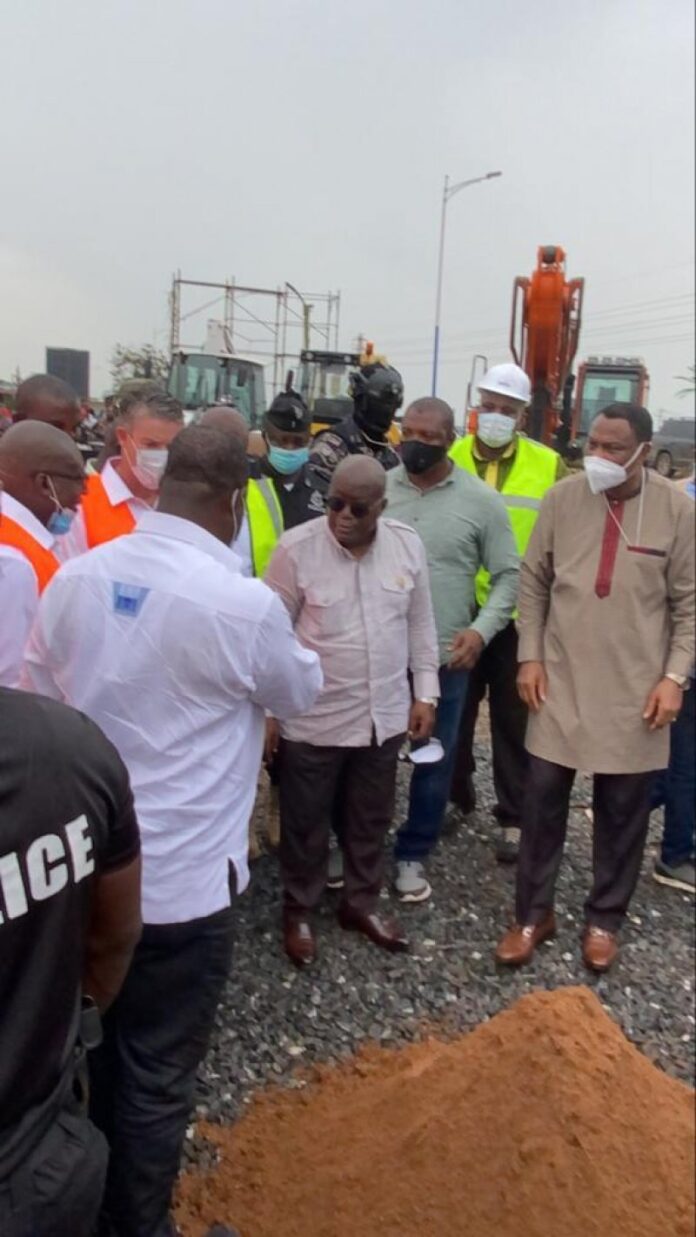 The Managing Director of BHM Construction International Mr. Phil Atkinson says his company is ready to work with Ghanaians to deliver a successful project to ease congestion on the Tema-Aflao road corridor.

The project under the Export-Credit Finance is being funded by the UK government at competitive interest rates and very favourable terms and supported by commercial banks, including Absa in Ghana.
The project, for which the President cut the sod on Sunday 25th October 2020, aims to upgrade the dual carriageway to international standards of 10 lanes -six lanes on the motorway and four lanes in total for local traffic.
The project is part of the 170 kilometres ECOWAS highway route. It will provide uninterrupted traffic flows to other parts of the region and subsequently facilitate trade and transit in the West African Sub-Region.
The 17km road project begins 1km east of the Tema Expressway Roundabout, incorporating mixed-use towns such as Dawhenya, and ends approximately 3km east of the Central University intersection. 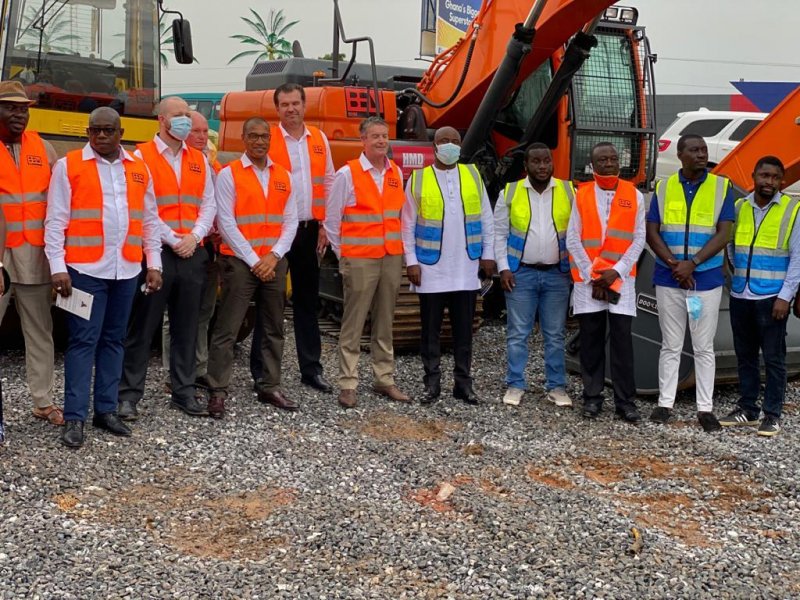 According to Mr Atkinson, “The project is going through Dawhenya, a densely populated town. We explored several alternative solutions to avoid Dawhenya, unfortunately, they were cost-prohibitive. One way was to go through the sea, which is very expensive and also land around Dawhenya is marshy. This will be the most important phase because it is the most congested lane and besides joins at the Tema Port, which has been upgraded recently to the road network for improving the import and export of goods.”
He said the project envisaged that up to 5,000 people in Dawhenya could be impacted and had to be relocated, adding that significant consultations had taken place with the affected people. He said the UK government is extremely sensitive when providing loans internationally where people were affected by the project so the highest environmental and resettlement standards would be applied to the project.
“It is very important to the British government that people are treated with respect during the construction phase of this project,”
In terms of job creation, Mr Atkinson said the company’s business model was to embrace local people and bring in a relatively high-calibre leadership team, whose prime role would be to offer training for Ghanaians to build the road.
“We anticipate that there would be more than 600 Ghanaians and other ancillary services to support those people creating significant additional jobs, ranging from transportation to food, among others,” he said.
“This has been a tremendous Ghanaian effort with support of local partners including Delin Consult, Genelec Infrastructure Development Services – (GIDS), First Sky Construction Limited, Mansco Stone and of course local Banks and insurance companies,” he added.
Mr Kojo Hastings, Chairman of GIDS and the local representatives of BHM Construction International in Ghana, expressed happiness that the project has taken off and looked forward to providing all the necessary local support to BHM to enable them achieve a successful project towards easing traffic congestion along this very important road corridor.

Feature: The leader the WTO needs

Editorial: This year’s World Hand Hygiene Day is significant because of COVID-19 pandemic

Yara Ghana limited, a leading name in the fertilizer industry in Ghana has won the Agro Input Company of the year and Agro Input...

Reliable power supply is key to any serious economy seeking to develop. It is widely regarded as a major determinant of economic prosperity for...