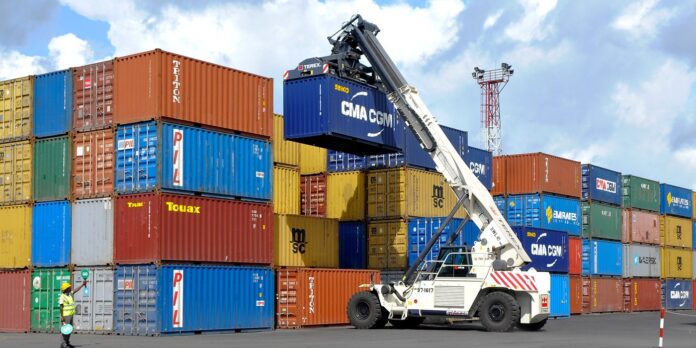 Every year, millions of cedis are paid as demurrage – fees importers pay for overstayed containers – to shipping lines. Data from the research department of the Ghana Shippers’ Authority (GSA) reveal that even though there has been some improvement since the authority begun an educational drive on the development since 2016 the figures still remain high.

According to the GSA, from estimation research annually conducted, US$40 million was paid as demurrage in 2010, three years after that in 2013, the figure shot up to US$85 million, three years later in 2016, it further shot up to US$95 million.

Due to the persistent increments, the GSA took a bold step to allocate resource to educate the general public and on ways to avoid the payment of demurrage as it is a charge very preventable. Some of the stakeholders who benefited from the educational campaign were the Association of Ghana Industries (AGI) and the Ghana Union of Traders Association (GUTA).

In interviews with some shipping line managers, the B&FT gathered that there is some scepticism with the official data with some noting that despite the sharp drop, the figure is still high and developments at the ports this year could see the data go up due to rows and rows of containers that need to be cleared from the port but have not been, impeding the flow of their business.

They told the B&FT that their interest is to get containers emptied and returned with cargo in it or to pick cargo somewhere else than let it be in a port and accrue demurrage. Some of the shipping lines who spoke to the paper on the condition of anonymity commended the GSA for their initiatives but said the major culprits of the development are state institutions – Ministries, Departments and Agencies.

From an interview with three major shipping line managers in the country, it was estimated that out of the US$27 million paid as demurrage in 2019, 60-70 percent was paid by state institutions. They cited the Electricity Company of Ghana (ECG), Volta River Authority (VRA), Ghana Grid Company Limited (GRIDCo), Ghana Cocoa Board (COCOBOD) and the Ghana Armed Forces (GAF) as part of the major state institutions, guilty.

“We are a global organisation so we deal with different states, there are other countries that import goods from Ghana. Government agencies in other countries buy from Ghana and we carry the goods to them; they don’t act in this manner. They don’t behave as if they are not ready for the goods. Immediately we dock, and the goods are out it is cleared from the port and we get our containers.

But here in Ghana, we have goods that were imported by state institutions and they stay at the port for over 100 days, for some years and accruing demurrage and because it is government money used in paying, it seems no one cares. When they are ready, they use the taxpayers’ money to come and pay for demurrage and get their goods.

Sometimes it’s as if they are doing the shipping line a favour. Because we really need our containers as well, we also give them discounts so they take their goods out of our container; sometimes the demurrage amounts are outrageous,” a shipping line manager who pleaded anonymity told the paper.

A different shipping line manager also said: “It’s about time the government finds a way to ensure that state institutions – Ministries, Departments and Agencies get their acts together and clear their goods from the port early. The millions of dollars that are pumped into the payment of demurrage can be used for other developmental projects and we can get our containers early to do more business.”

Another manager said: “Some state institutions do not plan for these goods because if you really plan you would not fall for the payment of demurrage.” He added that “for the mere fact that when goods go on auction some goods that have been in the queue for a long time are pushed back and new ones are auctioned there seems to be a deliberate ploy to also let some of these goods go for auctioning.”

It is believed that the newly introduced Integrated Customs Management System (ICUMS) has come with one of the ways to deal with the menace of demurrage. “With ICUMS, it offers importers the opportunity to do pre-arrival documentation so even before the consignment would arrive in Ghana, you can begin work on it so that you can skip some of the bureaucracies and get the goods cleared early to benefit us all,” a trade expert, Dr. Silvanus Adjei said.

Bureaucratic operation procedures, system issues which include changes in cargo clearance platforms, delays in exemption/permit processing are among the many factors that result in delays and subsequent payment of demurrage. For some, it is difficult to avert but in other cases, where there is a will, there is a way and its time government develops the will to address the menace.

Fiscal Rules: Make them easy to love and hard to cheat