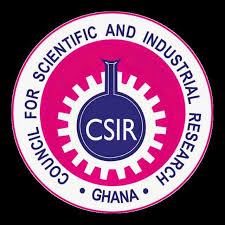 The Savanna Agricultural Research Institute of the Council for Scientific and Industrial Research (CSIR-SARI) has stressed its commitment to developing market-driven improved cowpea varieties for West Africa, using mature-markers to boost food security.

New varieties have been developed with the aim of building multiple resistance to Root Rot disease, Cowpea Aphid, Striga and improving drought tolerance.

With the introduction of quality improved cowpea seed varieties and training of the farmers on best agronomics, farmers would be able to select the market demand products to grow to achieve the set goals.

Dr. Francis Kusi, Principal Investigator (HC-PI) of the project and a Senior Research Scientist at the Manga station of CSIR-SARI, in the Upper East Region announced this when the Manga Station of CSIR-SARI in the Binduri District of the Upper East Region engaged about 124 farmers and other stakeholders on a field trial for the observation and the selection of new improved seed varieties introduced by the institute. This is to add up to the already existing varieties being used by the farmers to earn a living.

The participants, made up of women and youth went to the field to assess the performance of the 69 cultivated cowpea genotypes planted in rows and were tasked to select their most preferred five rows.

Under the United States Agency for International Development (USAID) sponsored Innovation Lab for Legume Systems Research (ILLSR) project, Ghana, through the CSIR-SARI, is collaborating with the University of California Riverside in US, INERA in Burkina Faso and ISRA in Senegal to ensure that farmers always access the newly improved varieties needed by the market to grow.

According to Dr. Kusi, the participants were involved to enable them know the new varieties introduced by the institute. “We also involved them so that they can feel a part of the decision. It would also encourage them to acknowledge and serve as ambassadors to champion the course of convincing other farmers to take up the new varieties,” he added.

To ensure that the most preferred genotypes were eventually released as varieties in the near future, Dr. Kusi said his unit would continue to engage farmers on farm trials to enable them grow the preferred varieties since the demand for cowpeas is increasing in Ghana because of high population growth and its nutritional value.

Although cowpeas are two or three times as expensive as maize, rice and other cereals, they are relatively cheap compared to other protein sources such as milk, meat or eggs as well serve as source of protein for people who do not have access to refrigeration, he added.

He stressed that the CSIR-SARI would continue to ensure that early generation seeds of those varieties were produced and made available to certified seed growers to produce and supply to farmers for the next farming season under the Planting of Food and Jobs (PFJ)programme across the country. “We will also collaborate with government and private agencies to get quality certified seeds for the farmers to access the seeds for their productions,” he said.

Feature: Who’s in your Circle?