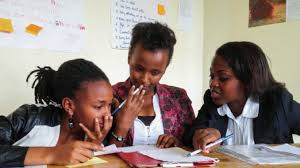 Rwanda is renowned as a pioneer for gender equality
In 2020, it was the only African country ranked in the top 10 of the World Economic Forum’s Global Gender Gap Report.

It ranked in the top four in the Report’s political empowerment category, in recognition of the high proportion of Rwandese women lawmakers and ministers.

The country therefore seemed a natural fit for a 2018 pilot program of the African Development Bank’s Coding for Employment initiative, with Nigeria, Kenya, Côte d’Ivoire and Senegal.

The Coding for Employment flagship program is establishing 130 ICT centers for excellence in Africa, training 234,000 youths for employability and entrepreneurship to create over 9 million jobs.

Hendrina C. Doroba, Manager in the Education, Human Capital and Employment Division at the Bank, explains how Rwanda is empowering women in technology.

How has the government of Rwanda enabled women to pursue careers in technology, and STEM in general?

The government of Rwanda has been a foremost champion of women in ICT and in the fields of science, technology, engineering and mathematics (also known as STEM), by driving initiatives like the establishment of the Carnegie Mellon University-Africa campus, for which the Bank provided funding. Students from 17 different countries pursue highly specialised ICT skills at the Africa campus.

The country also hosts the African Institute of Mathematics (AIMS) which is now recruiting balanced cohorts of women and men. Lastly, the Bank-funded University of Rwanda College of Science and Technology has for many years produced women leaders in the ICT sector in Rwanda and globally.

Rwanda’s government also supports initiatives such as the Miss Geek Rwanda competition, an initiative of Girls in ICT Rwanda, which aims to encourage school-age girls, even those in remote areas, to develop innovative tech or business ideas and to generally immerse themselves in ICT. The Miss Geek initiative has now been rolled out in other countries in the region.

What role has the Bank played in supporting Rwanda’s digital strategy, especially in relation to women?

The strategy of the Bank’s Coding for Employment center of excellence in Rwanda has been to join forces with the Rwanda Coding Academy through a grant agreement to support the school’s activities, like ICT equipment, teacher training and career orientation. The Rwanda Coding Academy started in January 2019 and has so far enrolled one cohort, which is now going into their second year.

Besides the Rwanda Coding Academy, the Bank’s Coding for Employment program held a two-day masterclass for girls and young women entrepreneurs at the 2018 Youth Conneckt summit, where over 200 beneficiaries were trained in using digital tools to amplify their businesses. The session was attended by women entrepreneurs as well as students from girl schools in Kigali, including those from White Dove School, which is an all-girl school fully dedicated to training in ICT. The masterclass culminated into a pitching exercises from various groups who presented their ideas to a panel of judges.

What lessons can other African countries learn from Rwanda’s approach to the 4IR, in particular the role of women?

The government of Rwanda has been a trailblazer in using innovation to improve public services across the country using the e-governance platform Irembo, to bring government services closer to citizens. In addition, the government is driving national digital skilling campaigns by championing digital ambassador programs and platforms such as Smart Africa, which has organized the annual Transform Africa summit since 2013.

Still, gender equality remains a concern, and gender gaps are evident even in schools. Rwanda’s ambitions extend to piloting the Kigali Innovation City, also Bank-funded, to serve as the country’s knowledge and innovation hub by attracting new businesses and incubating ideas. At the same time, the country has created a business environment which is pro-entrepreneurship and welcomes global inventors to test their ideas and concepts. Zipline, a company which uses drones to deliver medical supplies in remote areas, is one example.

Lastly, Rwanda promotes women leaders in the ICT and innovation sector. The country’s Minister of ICT and Innovation is a woman, as is the CEO of the Irembo platform. Appointments such as these are helping to dispel the myth that women are not as capable as men in ICT. 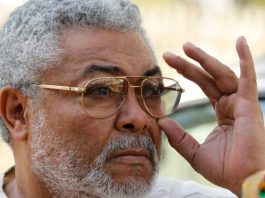 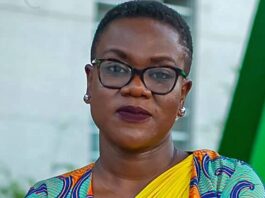 Tween Talk with Eugenia Tachie-Menson: You are never too young to… 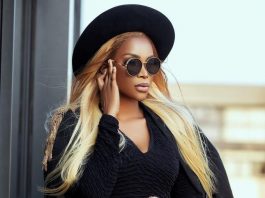