When things are tough you find a way to create something and lemonade he did make out of lemons. Odei Amoako Atta is one of the most determined young men of his generation. Being on the back bench isn’t one of the things this shoe maker has in mind. Determined to make a living for himself, he resigned from his previous employment and ventured into making his own shoes which now has the signature ‘AJ’. Take time out and join the B&FT Inspiring Start-ups as he shares his story.

He graduated from the KNUST with a Bachelor of Arts in Rural Arts and Industrial Development, after his dream of becoming an architect didn’t materialise. He had his secondary education at Kumasi High School where he studied visual arts. During his days at KNUST, Odei spent some time interning at the Burgar Shoes in Kumasi. He went on to do his national service at Dihoc Footwear Division Ltd, also in Kumasi, where he was retained on contract basis upon completion.

The experience he gathered from his internship and national service moved him to set up his own shoe business, rather than be employed by another shoe manufacturer which, he felt, would limit his talent.

When his mind was made up to start his own business, he took the bull by the horns and set on the long and lonely journey of entrepreneurship.

With the little money he saved form his national service proceeds, he found a space near the Kumasi Sports Stadium and started his creative works there.

He first made three shoes which he sold at a GH₵100 each to his friends. He ploughed back the proceeds and made additional shoes. That has been his modus operandi for financing his business since then.

A lady friend was happy with his works and gave him an idea which has since become one of his creative innovations.

“I remember a lady friend of mine asked if I could do something creative to the traditional slippers which we call ‘Ahenema’. I thought it was a good idea and I decided to design them  with our local kente and leather. After the final work, everyone that saw the new Ahenema waw amazed. It has since become one of my flagship products.”

How the products are marketed

In a world highly driven by social media and lots of businesses taking full advantage of it, Odei has accounts on Facebook and Instagram where his products are advertised. The result has been good, as many customers have contacted him through this media.

Again, he engages a lot in personal selling where he has one-on-one contact with customers. This, he says, gives him the advantage of getting spontaneous feedback about his products and that has helped him to improve.

How his products stand out

Atta Junior Footwear stands out for its quality. His shoes have such a fine finishing that some clients, upon seeing them for the first time, think they are foreign. This, Odei says, can be attributed to his creativity and innovation, which have been his talent since childhood and have grown to become a hallmark of his business.

As every business hopes to grow sturdily, so does Odei see his business in the next five years. He wants Artta Junior Footwear to be mentioned among the leading shoe brands in the country; and also, be primary driving force of sustainable development within the community through the creation of employment.

Of course, no business operates without challenges, especially startups. The first challenge he had to grapple with was discouragement from some friends. Some of his friends felt making shoes after acquiring a university degree was a sign of failure and a dent on his dignity. But, he got the support he needed from his family and other sincere friends who spurred him on with their encouraging comments.

Another of the bitter challenges Odei has faced in his business is dealing with the mindset of Ghanaians about locally produced goods.

“I remember one day, at an exhibition, I showed a client a shoe which he was so pleased with. But the size was a little smaller and couldn’t fit him. So, I told him I can do one that fits him. Then, he asked whether the shoes are made here. When I said yes, he told me he is no longer interested. Meanwhile, when he didn’t know it was locally produced, he wanted to buy it. So, one of the challenges we are facing in this industry is the attitude of some toward locally produced products.”

Again, a challenge is the lack of leather manufacturing company in the country. This has created the situation where all sort of fake leather are imported into the country, accounting partly for the reason people shun locally produced shoes.

And the age-old problem of access to finance can’t be left out of the challenges. Odei wishes to expand his business and produce more to enter other markets aside Kumasi where he operates. But his limited finances is not helping him to do so.

Odei believes education has helped hone his creativity and sharpen his technical expertise. Education, he says, has also helped him understand how to deal with customers in a nice and polite manner.

How government can support

He believes that government should place high taxes on imported shoes as a way of protecting local manufacturers.

He also wants government to set aside special funds to promote the shoe industry.

The Kumasi-bred gentleman believes passion is the only key to success and that every youth should make it a point to nurture their business ideas through their sense of belief and passion for their course. 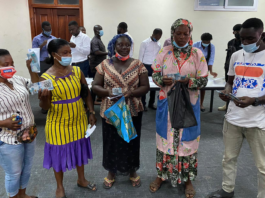 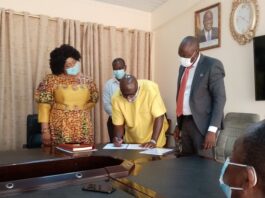 MDPI signs MoU with Score-Ghana to improve productivity for SMEs 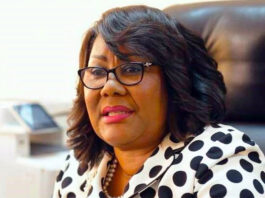