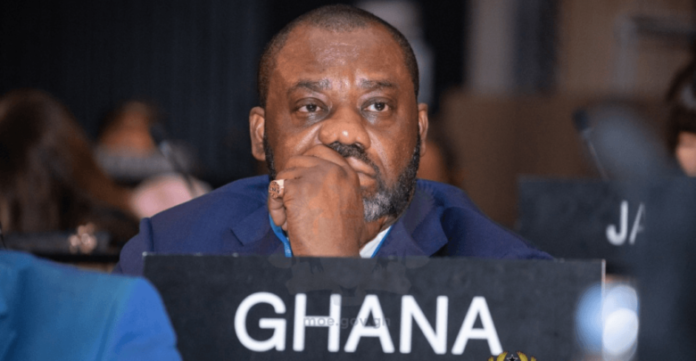 The Centre for Democratic Development (CDD-Ghana)’s Afrobarometer Round 8 survey has shown that television and radio platforms are better than online options for teaching and learning students across the country during the COVID-19 induced closedown of schools.

Exposing the lack of access to devices, the Internet, and reliable electricity in rural areas especially, the survey has documented the widening gap when it comes to education via e-learning options introduced by government to support pupils during the closure of schools nationwide in rural and urban areas.

The CDD therefore stressed that radio and television programmes need to be prioritised over online resources when it comes to keeping students educated as the closure of schools remains in place.

Key findings of the survey

The survey’s key findings show that about 83% and 76% of Ghanaian households have radio and television respectively, but in rural areas the prevalence of radios and TVs stand at 76% and 62% respectively.

When it comes to computers, only 28% of households have a computer. Among rural and poor households only 14% have one, and six out of 10 Ghanaians never or rarely (less than once a month) use the Internet.

Among rural and poor respondents, fewer than one in four go online at least a few times a month; and only seven in 10 Ghanaian households (71%) enjoy reliable electricity from the national grid, though this proportion is smaller among rural (59%) and poor (55%) households.

An additional 5% of all households use other sources of electricity such as solar panels, batteries, or generators. Lack of access to devices, the Internet and reliable electricity, especially in rural and poor households, points to difficulties that many students would have in participating in Ministry of Education/Ghana Education Service (MoE/GES) e-learning programmes.

While most Ghanaian households have mobile phones, mere ownership of a phone does not translate into easy access to online e-learning programmes – as the online platforms can only be functional if users have Internet connectivity using hotspots, modems, broadband, wi-fi or satellite.

Among the 87% of Ghanaians who say they personally own mobile phones, fewer than half or 45% say their phones have access to the Internet (i.e. are smartphones). In rural areas, fewer than one-third or 31% of phone owners enjoy Internet access via their phones, compared to 56% in cities

While most households are connected to the electric grid, more than four in 10 rural and poor households do not have a power supply that works most or all of the time. For both government and civil society, these findings indicate potential learning gaps as not all students will be able to access e-learning programmes from all platforms.

This points to the need for strategies to increase students’ participation, particularly targetting rural and poor families by raising awareness of available televised programmes and launching radio-based remote-learning programmes as soon as possible.

To ensure inclusion and participation in online platforms such as icampus, government and the schools should initiate longer-term plans and investments capable of spreading e-learning infrastructure – irrespective of settlement types and poverty levels – to facilitate access for all students.

GRA charged to leverage on technology to increase tax

Review of electricity tariffs should be without additional cost – GNCC

The United Nations Organization last week commemorated its 75th anniversary at a time when there is great disruption in the world, compounded by the...

In our growing years, our description of the phrase, ‘brand new car’ was one posh automobile that passed by. We completely misconstrued its5 meaning....

Members of Parliament of Ghana have called on the United Nations (UN) to urgently revise targets of the Sustainable Development Goals (SDGs) due to...