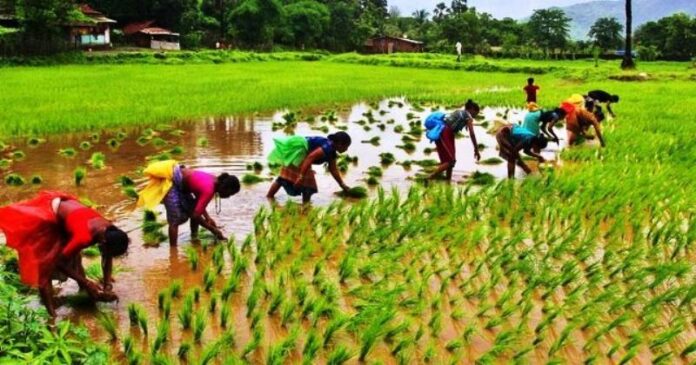 While two sectors, industry and services, were decimated by the impact of the coronavirus pandemic as they experienced contraction of 5.7 percent and 2.6 percent respectively, agriculture rather saw a growth of 2.5 percent in the second quarter, according to data released by the Ghana Statistical Service (GSS).

The agriculture sector was able to withstand the shock of the pandemic and outperformed the other two in the first quarter of 2020, growing by 5.9 percent whereas industry and services, both grew at 5.7 percent in the third quarter of 2019.

The last time that agriculture recorded growth higher than the two sectors was during the first quarter of 2014 when it grew by 8.2 percent, while industry contracted by 9.9 percent and services grew by just 2.6 percent.

Despite the sector’s recent growth, its overall contribution to GDP is more of a concern. It contributed a paltry 19 percent to the economy in the second quarter of 2020, while industry and services, which rather contracted, contributed 33 percent and 48 percent respectively; reflecting the fact that agriculture is no longer the backbone of the economy, or considered the most important sector.

Dean of the University of Cape Coast Business School, Prof. John Gatsi believes the data suggests managers of the economy should formulate policies that will make growth in other sectors automatically contribute to growth in the agriculture sector by promoting the value chain.

“It tells us that if we are planning, then we should engineer our policies such that it promotes agriculture across the value chain”, Dr. Gatsi notes.

One age-old challenge of agriculture in this country is rampant land litigation issues which threatens the investments of businessmen and eventually lead them to abandon lands they have acquired with huge capital. This has discouraged many private investors from pushing resources to the sector.

There is also the problem of poor road networks linking farming communities to towns and cities which are the main markets for farmers, resulting in post-harvest losses to the farmers.

These and other challenges blight prospects of the sector.

DECEMBER, THE MIXED BAG …fraudsters get bolder as banks restrategize to close the...

Protectionism is no cure for pandemics

The Voices against Tribalism (VaT), a social development, research and advocacy based Non-Governmental Organisation has urged all presidential aspirants to be decorous in their...

Motivation is unobservable directly. As noted by Kwon (2016), “motivation resides within an individual and it enables them to act in a particular manner...

Standard Chartered Bank Ghana Limited has announced a 100% waiver on account to wallet transaction fees for its customers from October 26-30, 2020. This comes...

Private sector actors in the oil palm value chain, when given the right knowledge and needed financial support, are able to influence policies that advance...