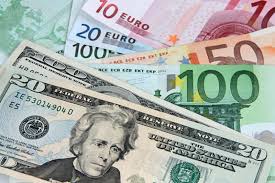 Zambian and Kenyan currencies are seen facing pressure this week as those of Nigeria, Uganda and Tanzania hold steady.

The kwacha is expected to remain under pressure against the US dollar this week due to declining supply of hard currency.

On Thursday, commercial banks quoted the currency in Zambia, Africa’s second largest copper producer, at 18.3830 per dollar from a close of 18.2630 a week ago.

“The local unit is expected to face some headwind in its quest to remain range bound as other key indicators point to a weaker kwacha,” Zambia National Commercial Bank said in a note.

Kenya’s shilling is expected to trade weaker this week before tax obligations to the central bank resume.

“A possible reprieve is expected when the new cash ratio reserve cycle begins and tax obligations to the central bank resume,” a trader from a commercial bank in Nairobi said.

Nigeria’s naira will be  flat this week ahead in a market that is seeing low activity owing to chronic dollar shortages that have slowed down businesses and shifted forex demand to the black market, traders said.

The naira was quoted at a low of 475 per dollar on the unofficial market on Thursday, a level it has been last week, while the currency was flat on the over-the-counter spot market at 385.58 naira.

Volumes on the spot market, widely quoted by investors and importers, have been declining daily, traders say, citing the absence of central bank’s intervention or foreign inflows, despite rising oil prices.

Dollar shortages have plagued the country for months after sharp falls in the price of oil, Nigeria’s main export.

The Uganda shilling is seen trading in a stable range as mid-month tax payments by large firms curb appetite for hard currency.

“Demand will be significantly limited because of the tax payments…I expect that to possibly keep the local unit on an even keel,” said an independent foreign exchange trader in Kampala.

The Tanzanian Shilling is expected to hold steady this week as inflows from agricultural exports and tourism are expected to reduce pressure to the currency.

Commercial banks quoted the Shilling at 2,320/30, the same levels as last week.

“We foresee stability around these levels in coming days,” said Terry Karanja, a treasury associate at AZA, a Nairobi-based FX trading firm