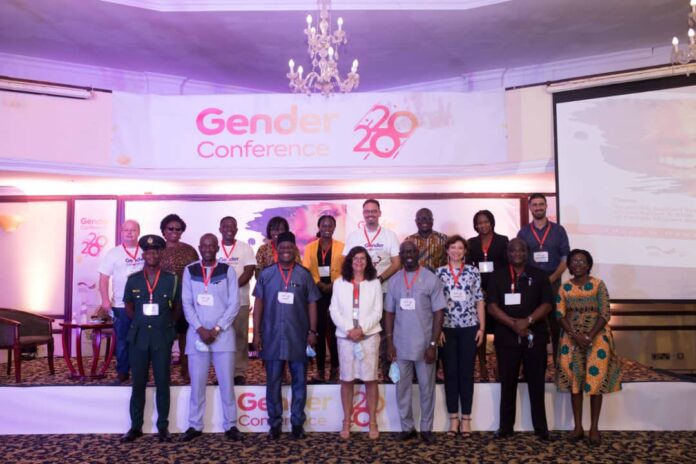 High Commissioner to Lebanon, Egypt and Sudan, Dr Winfred Okai Hammond has revealed that his outfit has rescued 2000 female migrants from Lebanon who were going through hazardous conditions to make ends meet.

According to him, they had the hope of finding greener pastures in these lands but were met with disappointment as most of them were semi-literates and illiterates thus, making communication difficult.

He said: “They are lured to come there and after they arrive, they’re made to work for 18 hours a day and about 1,500 of those girls we rescued, came without their salaries as far back as 12-24 months. We took care of those who had to be taken to the hospital and about 12 of them are suffering from serious mental health issues.”

He made this revelation during the second edition of the Gender Conference Organized by the Ghanaian-German Centre for Jobs, Migration and Reintegration (GGC) in collaboration with GIZ to address issues faced by female migrants and policies to be implemented to curb the situation.

The event brought together key stakeholders drawn from Civil Society, Educational, Government and Development background, among others.

Held under the theme: “Exploring Support Systems available in Ghana Before and After Migration: The Case of Female Migrant Workers”, the conference provided a platform for stakeholders to discuss and exchange ideas to contribute to policy and interventions on gender and migration.

The conference also explored support systems available in Ghana before and after migration; that ascertains the possibilities of synergies regarding roles and potentials for collaboration between relevant stakeholders.

In her presentation on Migration and Interventions in Ghana to Support Migrants, Madam Alberta Teye, an expert in Migration Governance from the Ghanaian-German Centre Jobs, Migration and Reintegration (GGC) noted that the global compact for migration is one of the major tools used in Ghana to support and protect female migrants.

She said: “Until recently, the female migrants were seen as accompanying migrants. The trends have changed and women are migrating independently on their own even as labour migrants.”

She cited that the seemingly available job opportunities targeted at females only such as home care givers, is one of the major challenges they encounter in the course of rescuing and cautioning these female migrants.

“In our project, we found out that many of the females migrated to these countries due to a lot of the employment avenues that are in the gender-restricted areas such as home,” she added.

Madam Alberta Teye noted that there is the need to explore ways in which migrants could be reintegrated into the society.

According to the Country Director of GIZ Ghana, Ms. Bauerochse Barbosa, there is the need to invest in the formulation of innovative and practical ideas on how regular pathways can be enhanced; as well as harness the opportunities and manage the associated risks.

She noted that GIZ has facilitated reintegration processes for female migrants by providing them with skills development and competent programmes which has helped many of them start their own businesses.

She assured that: “The German government will continue to support the GGC through training of skills and competences development”

Other dignitaries who graced the occasion include; Executive Director of The Ark Foundation, Dr. Angela Dwamena Aboagye; CEO of GDA Media and host of the StandPoint, Oheneyere Gifty Anti; Assistant Superintendent of Immigration at the Ghana Immigration Service, Richard Owusu-Brinfour and individuals from the Coalition of on Domestic Violence Legislation Ghana and the Anti-Human Trafficking Unit, CID Headquarters.

B2B partnerships with India required to thrive in AfCFTA – Ahomka-Lindsay