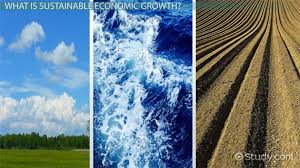 Todaro & Smith (2006, p.811) define economic growth as “The steady process by which the productive capacity of the economy is increased over time to bring about rising levels of national output and income”.

The African Development Bank Group (2011) examined the role of the private sector in Africa’s economic development, and reported that the sector is Africa’s engine of economic growth, because it accounts for over four-fifths of total production, two-thirds of total investment, and three-fourths of total credit to the economy, and employs 90 % of the employed working age population.

A vibrant private sector in which micro, small, and medium size enterprises thrive alongside large firms and labor intensive activities can also flourish is required to achieve economic outcomes that lift greater numbers of people out of poverty requires. However, the sector is constrained by legal and regulatory environment, access to infrastructure and finance, human capital and skills development, entrepreneurial development, and corporate governance.

There is the view that the actual economic unit that assumes the role of engine of inclusive sustainable growth and development is better assessed during periods of normal economic life and during periods of economic crisis as well as historical developments. For example, development in many industrial countries is sad to have been shaped by their experience with the great depression, major wars, and the threat of communism (Tanzi, 1997:p.7, 8)). Dearden Nick, the director of UK campaigning organisation Global Justice, on Health Opinion on Aljazeera writes that “It has been clear for more than 150 years that the free market creates substantial inequality and destruction even in the best of times. But when it comes to a crisis, reliance on the market can cause unimaginable devastation.”

Again, the views have been extended to include whether the state has any relevant role in economic activities at all. In the 1980s, the Neoclassical Counterrevolution development theorists argued that underdevelopment resulted from too much state participation in economic activities coupled with corruption, inefficiency, and lack of economic incentives (Todaro & Smith, 2006).  The Encyclopedia Britannica has it that the emergence of the neoclassical counterrevolution coincided with the withdrawal of developed countries from social democratic and Keynesian economic policies. Critics of the theory say that it was the cause of the spread of market-oriented interventions by the World Bank and International Monetary Fund (IMF) and efforts to synchronise global market activities regulated only by institutions reflecting the interests of transnational capital. Todaro & Smith (2006) write that the neoclassical view of development was divided into three themes: the free-market approach, the public-choice approach, and the “market-friendly” approach.

The free-market approach explains that markets alone are efficient in allocating scarce sources. Also, the public-choice theory, says that governments can do nothing right. That is politicians, bureaucrats, citizens and states act solely from a self-interest perspective using their power and the authority of government for their own selfish ends. They conclude that minimal government is the best government. Furthermore, the market-friendly approach explains that governments do have a key role to play in facilitating the operation of markets through ‘nonselective’ interventions, through investing in physical and social infrastructure, healthcare facilities, educational institutions, and by providing a conducive environment for private sector growth.

For instance, Peterson (1984) writing on the economic history of America tells us that starting from the 19th century, most United States of America governments were reluctant to involve the Federal Government too heavily in private economic activities, except in the area of transportation. The role of the federal government was influenced by the concept of “laissez- faire”. However, after sometime, owners of small businesses and farms, as well as labour movements began asking government to intercede on their behalf.

Additionally, the views of others have been whether the private sector or the state can impact on inclusive sustainable growth and development in isolation. The Encyclopedia Britannica has it that the differences in rates of growth of economies are often attributed to government and entrepreneurship (private sector) which are not mutually exclusive. In the early stages of sustained growth, government has often provided the incentives (the development of transportation, power, water, financial inducements, subsidies, etc.) for entrepreneurial growth. In the 19th century, the main role of government in a developed capitalist system was seen to preserve law and order, defining private property rights, and giving business as much freedom as possible.

However, the Great Depression of the 1930s caused many to believe that laissez-faire system did not automatically provide the necessary incentives to the innovation and risk bearing essential for economic growth and at the very least, governments could undertake to prevent acute recessions. It is only through this that general business psychology (entrepreneurial skills) can be nurtured (https://www.britannica.com/topic/capitalism). In Allison, Dewa, and LeBlanc (2012: p.19) report to the House of Commons, Canada, Bonnie Campbell, a professor in the Faculty of Political Science and Law at the Université du Québec à Montréal, is mentioned to have told the Committee that investigated the role of the private sector in international development that, “Investment in the private sector of itself does not translate into sustainable economic and social development. There is in fact no historical example anywhere on earth where sustainable growth, social and economic development, and poverty reduction took place through private investment in the absence of appropriate public policies and state interventions needed in order to plan, to regulate, and to monitor investment so that the presence of private investment would be harnessed to meet development objectives determined by the countries themselves.”. After independence, most African governments pursued state-led economic development strategies based on import substitution industrialization.

To manage this process, governments created large public administrations, while the private sector was marginalized. Unfortunately, this state-led economic development strategy proved to be unsustainable which resulted in the continent’s real GDP growth averaging only 4.5 % per annum over 1960-1980, with real per capita income growing on average by only 1.7 % over the same period (African Development Bank Group, 2013).

Among governments’ exclusive roles in promoting inclusive sustainable economic growth and development are as follows:

Governments charge road tolls and facilities user fees to address the problems of free riding and congestion emanating from the use of public goods and services. They direct market players to provide relevant information for effective exchange of goods and services among producers and consumers to address the problem of information asymmetry. The Office of Fair Trading (2009) in Great Britain reports that in 2002 the government regulator for gas and electricity markets in Great Britain., Ofgem, imposed a penalty of £2 million on London Electricity for breaching selling regulations.

In Ghana, The Finance Minister, Mr. Ken Ofori-Atta, stated in the 2020 Budget Statement presented to the Parliament of Ghana that the government of Ghana spent about $11.7 billion (about GH¢64.7 billion) on the banking sector clean up that started in August 2017 as government attempted to save depositors and investors’ funds that were locked up in failed financial institutions. Government spent about 1.5 million cedis, to provide relief to depositors when the Bank of Ghana revoked the licenses of 347 microfinance institutions, 15 savings and loans, and 8 finance houses. These were to ensure a well-capitalised, solvent, liquid, profitable, and resilient financial sector to support the economic growth agenda of the government of Ghana. When the banking sector reforms began in August 2017, total assets of the banking sector was GH¢89.1 billion for 36 banks. Two years into the reforms, total assets had increased to GH¢115.2 billion at the end of August 2019, even with 23 banks. Total deposits improved from GH¢55.7 billion to GH¢76.0 billion over the same period, reflecting a stronger deposit base, as a result of increased trust and confidence in the banking sector (Ministry of Finance, 2019).

Again, on March 27, 2020, the German Parliament adopted various legislative amendments towards the implementation of the COVID-19 Governmental Protective Shield. This led to the setting up of Economy Stabilization Fund (ESF), equipped with €600 billion to be disbursed as follows: about €400 billion for public guarantees to secure credits issued by local banks; about €100 billion for recapitalization measures by way of participation in subordinated debt instruments, hybrid bonds, silent partnerships, convertible bonds and even through direct equity investments; and about €100 billion for refinancing of special programmes issued by the German Development Loan Corporation. The German government on the same date established an emergency liquidity programme for small companies, self-employed professionals, freelancers and farmers with a total volume of €50 billion under which the small companies with up to ten employees can receive up to €15,000 as one-time non-repayable grant to cover the operating costs (Pappalardo, Russo, Stamm, Rumohr, and Keller, 2020).

>>>The writer is a lecturer at Wisconsin International University College, Ghana

West Africa Gas Pipeline to be completed by Q2 of 2018

The ARB Apex Bank Limited has applauded the decision by government to commence payment of locked up investments in collapsed Fund Management Companies, describing...

The Economic Advisor and Spokesperson to the Vice President Dr Gideon Boako has donated Toyota pick-up and 10 motorbikes to the Tano North Constituency...

The ability to raise revenues from taxes – fiscal capacity – is a crucial aspect for the functioning of any economy. Being able to...

A Ghanaian tech company, Ripple Influence has set a sustainable goal of curbing youth unemployment in Africa, with an ambitious target to create US$3...