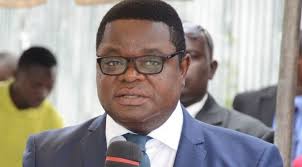 Even though it will benefit the economy if the country’s borders are open, it is important to do so cautiously and slowly as the virus continues to pose threat to the health and life of the people, Director of the Institute of Social, Statistical and Economic Research at the University of Ghana, Professor Peter Quartey, has said.

His comments come after concerns raised by the business community, especially those in import and export trade, as well as those in production, about the continuous closure of borders – a situation they say has led to shortage of some goods and raw materials on the market.

For the economics professor, inasmuch as opening the borders is necessary for economic activities to fully bounce back, it is important to tread cautiously on that path as doing so without the relevant quarantine measures and other safety protocols in place will fuel the rapid spread of the virus, thereby, leading to serious implications, even for the economy.

“Inasmuch as the economy is important, health is also important and therefore whatever action you take on the side of bringing the economy back, you have to juxtapose that against the health of the citizens. So we ought to be extremely careful in opening up. What is the point in opening up and getting revenue and people are dying? So we ought to be patient and take things slowly. After this pandemic is over, then we can speed up the process,” he said in an interview with the B&FT.

If anything at all, he added, the land borders can open for only cargoes in the meantime, just as it is happening with the airport and harbours.

“We can allow cargo to move but not persons. If the human beings will have to come in, then there should be some quarantine measures where we make sure they are tested before coming in. For now, air cargo and sea cargo are coming in, but that can be tricky for land cargo unless we put in the necessary quarantine facilities or they bring the goods to the borders and another cargo goes for it so that people cannot cross. But opening up for human traffic, at this time, is not advisable,” he said.

Government ordered the closure of borders in March this year as an action to contain the rapid spread of the coronavirus pandemic. But following the ease of other restrictions which now allow the movement and gathering of a controlled number of people, businesses are also calling on authorities to consider easing restrictions at the borders to facilitate trade activities.

A recent survey by the IHS Markit Ghana indicates that businesses want borders open as their continuous closure have restricted companies’ ability to import goods, thereby, resulting in shortage of raw materials, leading to hike of their prices – pushing companies to also increase the prices of their products.

The current situation faced by businesses had already been predicted by the World Bank in April when African countries started closing their borders. The Bretton Woods institution warned that keeping trade borders across the continent closed will lead to shortage of some essential supplies and increase the prices of food and medicines needed in this pandemic period.

“Experience from previous crises shows that imposing export restrictions on medical and food products limits their access particularly to the poorest, who will be adversely affected the most. Export restrictions adopted by African and other countries during the crisis affect not only the costs and availability of COVID-related medical supplies, but also necessities, mainly food.

African countries depend heavily on imports of medical supplies, with 94 percent of pharmaceuticals in the region imported from outside the region. Export bans within the region prevent the continental supply from being allocated to where it is needed the most. Within the region, export bans on food lower domestic prices, which reduces the incentive to grow food crops in the next season,” the World Bank said in its Africa’s Pulse report.

Institute of Energy Security predicts no price changes at the pump