The central bank has begun stakeholder engagements toward establishing an apex body for the problematic microfinance sector, in the likeness of the ARB Apex Bank which regulates rural and community banks.

In the wake of the DKM and other scandals, some players in the sector have been telling the B&FT that the job of policing the over-500 poorly-structured entities in the microfinance sector was too much for the central bank, and so it needed to cede the job to another entity.

A source close to the deliberations told B&FT that consultative talks are ongoing with stakeholders – including private consultants, the industry’s association, and the World Bank – on how to formulate the paper to establish the much-needed body.

“We [central bank] are now writing the paper. We have received proposals from various consultants who have shown interest in how it should be. Considering the size of the MFIs and their numbers, we need an apex body. The associations are also talking about it,” the source said.

Although the central bank has introduced new business rules, limiting deposits to GH¢50,000 per client, adjusting capital requirement upward, and requiring MFIs to have a public governance policy under which they are to establish several committees, proponents of the apex body are not satisfied.

They believe an apex body will reduce pressure on the central bank in monitoring over 700 microfinance companies, money lenders, credit unions and susu collectors.

Several MFIs have collapsed in the past three years, including the ill-famed DKM Microfinance whose directors were said to have diverted GH¢77.26million of depositors’ funds to subsidiary companies.

The DKM saga, coupled with the growing advocacy by industry players, led to the Finance Committee of Parliament, in 2016, urging the central bank to delegate some of its oversight responsibilities for microfinance institutions to other apex bodies so as to strengthen control of the sector.

Despite the passage of three bills into law – the Ghana Deposit Protection Bill, the Banks and Specialised Deposit Taking Institutions Bill as well as the Securities Industry Bill – to help sanitise the financial industry, players are of the view that an apex body will do a better job of scrutinising MFIs in particular.

“The central bank needs a complementary body that will assist in the proper supervision of these microfinance institutions,” argues a recent research paper authored by Kwasi Kyere, CEO of Star Alliance Microfinance Limited.

The paper is titled ‘What supervisory roles should the apex bodies play to make MFIs survive in Ghana?’

It stresses that: “The complementary role that ARB Apex Bank is performing to the central bank has led to sanitisation of the rural banking system in Ghana to a large extent”.

Managing Director of Capital & More Microfinance, Akosua Oppong-Tawiah, also argues the industry will continue to be vulnerable to shocks until an apex body is created to manage the large number of players.

“We can liken our operations to the universal or rural banks, who have an apex body. We are all in the finance space and we are in the business of buying and selling money, which thrives on confidence and trust so there is always the tendency of having liquidity issues; it comes with the industry.

“But if you are a universal bank, you have the daily opportunity of going to the interbank market to borrow or lend, depending on the position with which you close the day. Beyond that, you have an avenue in the central bank as lender of last resort to these institutions.

“It makes them (universal banks) not too susceptible or vulnerable to the regular characteristics of operating a financial institution. But we in the MFI space do not have a lender of last resort… and microfinance companies are not allowed to borrow among themselves as the banks do on the interbank platform,” she told the B&FT.

In the rural banking space, the ARB Apex Bank as part of its mandate sources funds for on-lending to the rural and community banks – and bails out those in distress.

It conducts both on-site and off-site inspection services to address the problems of inadequate book-keeping, non-observance of internal control measures, and lack of regular inspection for rural and community banks.

AfCFTA would be crucial in recovery from COVID-19 – World Bank 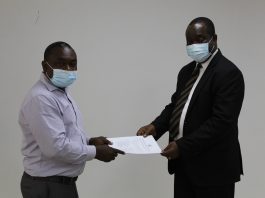 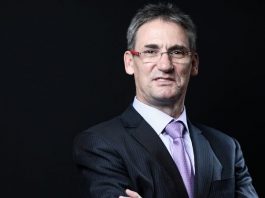