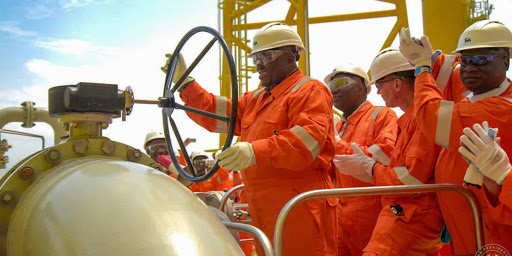 When JP Morgan’s EMEA head of oil and gas research said last month that this crisis was fundamentally no different from previous crises, he was right – at least in a way. But in some ways, he was wrong, because it is not just out of a sense for the dramatic that most observers are calling the current crisis unprecedented.

This crisis will change the industry in ways no other crisis has done.

Oil sands on the path to diversification

Canada’s oil sands have been among the worst affected segments of the industry, as Wood Mackenzie noted in a June report. One of the reasons for the extent of the damage was that Canada’s oil sands producers never got to recover fully from the previous crash before this one struck.

While elsewhere E&Ps picked up where they had left off while the price crisis of 2014 to 2016 unfolded, Canadian Oil Sands producers struggled amid regulations that made investors think twice about investing in oil sands and, most importantly, a shortage of offtake capacity complete with legal challenges from various groups who had taken it upon themselves to make sure no new pipelines would be built in Canada ever again.

This year alone, investment in the oil sands, according to Wood Mac, would be $8 billion lower than it was in 2019 and as much as 80 percent lower than it was in 2013. The industry has already seen an exodus of supermajors, and it seems new ones won’t be coming any time soon, if all the forecasts for a slow and prolonged recovery in oil prices and oil demand materialize.

Meanwhile, more than 20 oil sands projects have been approved, but they’ve been delayed because of the current price situation. And they may never see the light of day. So the heavyweights in Alberta are turning to clean energy.

The chief executive of Suncor and the CEO of Alberta Innovates last month co-authored a call to action focusing on a green recovery from the crisis, with oil and gas companies playing the lead role in that recovery as they were best positioned to drive the energy transformation forward.

“The oil and gas industry is one of the largest markets for, and potentially investors in, clean technology in Canada,” Mark Little and Laura Kilcrease wrote. “The challenges faced by the sector, combined with an entrepreneurial culture and the motivation to thrive in tomorrow’s low-carbon economy provides a wealth of opportunity for clean technology investment by the sector.”

Some would say that oil sands are dead. Others would note that they will be alive until there is no demand for heavy oil. As this demand falls, however, the companies producing the heavy oil are indeed wise to look for other ways to supply energy to their consumers.

Offshore oil remains resilient… for the most part

Offshore oil and gas projects may be costly and slow to come on stream, but they also have long lives and relatively low operating costs. And they appear to be among the most resilient segments of the oil industry in this unprecedented crisis that we are experiencing right now.

In the Gulf of Mexico, for instance, as much as 80 percent of producing projects have a marginal cost of just $10 per barrel, according to Wood Mac. But even outside the Gulf of Mexico, offshore oil production costs have been falling, helping the segment weather this storm like all the others before it. Some governments are helping, too.

The U.S. federal government has approved 12 requests for royalty reductions from offshore drillers to help them survive the worst. The Norwegian government is also helping its offshore oil industry: it recently approved a package of relief measures that could reduce breakeven levels for some projects by as much as 40 percent, if only temporarily.

And yet not everyone in the offshore business is as resilient as the companies that pump the oil. Offshore drillers are facing much tougher times as producers curb exploration investment. As many as six of the seven largest drilling companies have already applied for bankruptcy protection, begun to restructure, or engaged in talks with creditors, according to a recent Reuters report. Some of them might go under. Those that survive will likely operate in an environment that is very different from the one before the crisis, with a lot fewer rigs—as many as 200 floating rigs may need to be scrapped—and much closer ties to the large E&Ps players who will still be standing once the worst of the crisis passes.

A mixed picture for the rest of the world

U.S. shale has been the focus of a lot of recent forecasts and analyses. The reluctant consensus seems to point to a slower than hoped for recovery and an even leaner and meaner landscape after the crisis. Elsewhere in the world, what all oil companies have in common is the investment cuts and project delays that, according to some like JP Morgan’s Chrystian Malek, will swing the oil market into a deficit and prices will soar to three-digit territory.

It is a definite possibility. Everyone is cutting capital expenditure, from the North Sea to the Caspian, and from Latin America to the Middle East. Perhaps a good example of just how bad the industry has been hurt is this snapshot of the upstream situation in Africa, as presented by Wood Mac: there were 22 projects to be granted a final investment decision over the next 18 months before the crisis; now there are just three. And, as Wood Mac’s analysts note, “upstream value in Africa is down one-third (US$200 billion).”

Why is Africa a good case in point? Simple. Because it was, before the crisis, the hottest new spot for oil and gas investments with a particular focus on liquefied natural gas. It was the new frontier. Now, this frontier may never be passed as it was planned to be passed. If nothing else, diversification into alternative revenue streams may get in the way if the recovery takes too long.

Huawei opens application for Seeds for the Future 2020

The overarching goal of every revenue agency is the efficient assessment, collection and enforcement of taxes and tax laws. The Ghana Revenue Authority is responsible...

A report released by the United Nations Conference on Trade and Development recently calls Africa a 'net creditor to the world'. The export of commodities...

As the fight against the COVID-19 pandemic continues, MultiChoice Group (MCG) has reaffirmed its commitment to the United Nations’ (UN’s) efforts to conquer the...

The fourth edition of the GMA Webinar Series has brought together experts from both industry and academia to discuss the influence of digital media...

Friends of the Nation (FoN), a non-governmental organization, has organized a day’s training on local governance and domestic revenue mobilization for the media at...