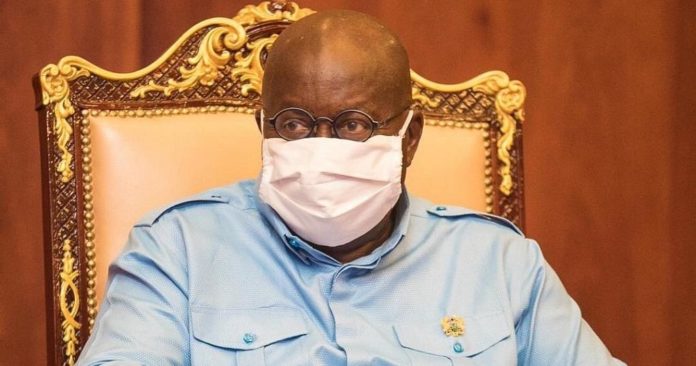 On Sunday night, the President delivered his 14th address to the nation on measures taken against the spread of the novel and devastating COVID-19.

He used the address to reaffirm government’s determination to save lives, jobs and livelihoods, while revitalising the economy, and safeguarding the future. As part of the process to gradually ease the restrictions imposed at the onset of the pandemic, he stated that the country was moving to Phase Two of the lifting of restrictions.

Consequently, he indicated that from 1st August, restrictions on the number of congregants worshipping at a time in Church will be lifted, with the length of worship extended from one (1) to two (2) hours per service.

The President announced the reopening of the nation’s tourist sites and attractions, so that they can begin to receive visitors. This should bring respite and some relief to the country’s hospitality industry since the imposition of restrictions severely affected their operations with many threatening to lay-off staff due to inactivity and loss of revenue.

Open air drinking spots can also operate though management of these facilities are tasked to enforce enhanced hygiene and social distancing protocols. Economic activity, we must admit, is bouncing slowly back to life though the country’s borders remain closed to human traffic.

Contact sports, and competitive sporting events remain suspended till further notice though the female Under-20 and Under-17 national football teams have been given the clearance to go into their respective training camps to begin preparations towards their FIFA and CAF-sanctioned international matches, which begin in September.

Government also took the decision to lift the restrictions in the transport sector, and allow for full capacity in domestic airplanes, taxis, trotros and buses.

We understand this is to give transport owners the leeway to engage in unrestricted commercial activity which is also a sign that economic activity is being revitalized which is crucial after a commercial lull due to the restrictions which impacted livelihoods negatively.

However, fears are being expressed about this directive since it is feared social distancing will be discarded which could give rise to more infections since the virus, we understand, is air-borne. Well, the caveat is that nose/face masks must be worn at all times during commuting and we entreat all and sundry to adhere to all protocols stipulated to help in government’ quest to open up the economy

Like the President stated, the country cannot be put on hold indefinitely, and Ghana cannot remain in a never-ending crisis management situation. At some point, we have to return to normalcy.

Since land, sea and air borders remain closed, the Ghana Airports Company and other agencies under it that draw funding from airport tax receipts are being brought to the brink.

Initially, government expected to receive GH¢556.2m in airport tax revenue, of which GH¢287.9m was projected to be received by half-year. However, given the impact of the pandemic on the industry, the implication of the falling revenue is dire for the industry.

For example, with the exception of domestic air service at Terminal 2 and pre-approved repatriation flights operated out of Terminal 3; there is no other activity within the main international terminal of the Kotoka International Airport (KIA).

Additionally, most airline offices within Terminal 3 have been closed for months, with no idea of a reopening date, while most restaurants, forex bureaux and gift shops within the facility have recorded no sales for months.

Government, in the mid-year review, cut its annual projected airport tax receipts by 43.5 percent just to demonstrate the dire consequences of the restriction on the aviation sector. Lest we forget, the Ghana Airports Company has to service the debt it secured for the construction of Terminal 3 at the KIA.

The shortfall in actual airport taxes realised for the first half of the year is enormous and we have to look at easing the restriction on border closures so as to enable the aviation industry and its allied agencies bounce to life from its comatose state.

Provided, however, that we are sure that the virus is being defeated as suggested by officialdom. Looking at how much aviation industries around the globe had demanded in form of a stimulus package it indicative of how much was lost to the pandemic owing to the travel restrictions.

Thankfully, Ghana is not running a fleet of airplanes like some of our counterparts, like Air Kenya for instance, to warrant a huge injection of capital to cover losses from planes being grounded. That notwithstanding, we should realise the hole caused in revenue as a result of border closures.

As most restrictions are gradually being eased, we are of the firm conviction that the President will in his 15th address, announce eased border restrictions for international trade to thrive, and rake in much-needed foreign currency reserves to strengthen the economy.

Stephen S. Roach’s thoughts … the end of the US-China relationship