Three new trawlers have arrived in Ghana from China and been registered to the Ghanaian flag, despite a moratorium on new fishing vessels. Government’s own Fisheries Management Plan states that 48 trawlers are the most that the fishery can sustain, yet 76 trawlers were licenced at the end of 2019.

Ghana’s National Canoe Fishermen Council (GNCFC) has written an open letter to the Fisheries Commission opposing any decision to grant these vessels licences to fish in Ghana’s waters. To protect Ghana’s food security and local livelihoods – especially important in these worrying times of COVID-19 – government must ensure that the industrial fleet is a sustainable size, says the Environmental Justice Foundation (EJF).

The new vessels – Yu Feng 1, 3 and 4 ­­– were all built in China in 2016 and were all flying the Chinese flag before arriving in Ghana, EJF can reveal. They are now docked at Tema, registered under the Ghanaian flag and awaiting licencing by the Fisheries Commission.

“We are firmly opposed to any decision to issue these newly-arrived vessels with licences to fish in Ghana’s waters,” says the GNCFC’s letter.  Not only is there a government moratorium on fishing licences for new or replacement trawl vessels, in force since 2012, but overfishing and the destructive illegal practices of many trawlers are having a devastating impact on fish populations in Ghana and livelihoods of coastal communities.

Although the Fisheries Management Plan – which is currently under review­ ­– states that the marine fisheries can sustain 48 trawlers, this may well be an overestimate since it does not account for the fish taken illegally.

“The country is already confronted with major challenges in controlling the vessels that have existing licences in Ghana. We continue to see large quantities of fish landed by saiko canoes at Elmina fishing harbor, even after government and industry committed to end the practice last November,” says the GNCFC.

The saiko trade – wherein trawlers illegally target the main catch of canoe fishers, transfer it at sea to specially adapted boats, and sell the stolen fish back to local communities ­– took an estimated 100,000 tonnes of fish in 2017. This means that just 40% of catches were caught legally and reported to government in that year.  Therefore, in reality, just 24-25 trawlers may be the most the fisheries can take – an issue requiring urgent scientific reassessment.

Ghana’s fish populations are already in dire straits. Landings of sardinella have crashed by around 80% over the past twenty years. As well as targetting the staple catch of canoe fishers – small pelagic fish that include sardinella – EJF has revealed that the vast majority of fish traded through saiko are juveniles. This is extremely worrying, since these young fish are crucial to population recovery.

It is also telling that these vessels were originally Chinese. EJF revealed in 2018 that foreign companies – overwhelmingly Chinese – operate through Ghanaian ‘front’ companies, using opaque corporate structures to import their vessels and register and obtain a licence. Over 90% of industrial trawl vessels were linked to Chinese ownership, the study found, in spite of a prohibition on foreign ownership in Ghana’s industrial trawl sector, set out in Section 47 of the 2002 Fisheries Act, Act 625.

EJF’s Executive Director Steve Trent said: “Over-capacity of the fishing fleet in Ghana is driving a crisis that will decimate livelihoods and food security in coastal communities. Ensuring that all fishing is legal, ethical and sustainable has never been more important – as the world reels from the impacts of COVID-19, communities will need these resources more than ever. The Fisheries Commission has the chance to do the right thing: heed scientific advice, refuse these trawlers a licence, and protect Ghana’s fisheries and its people”. 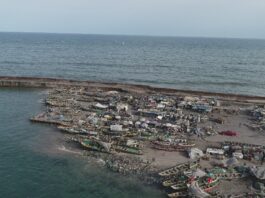 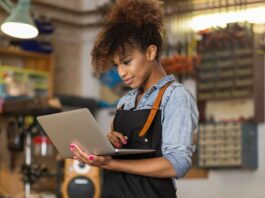 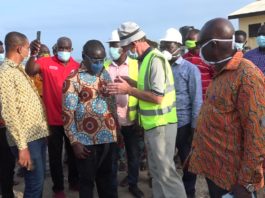