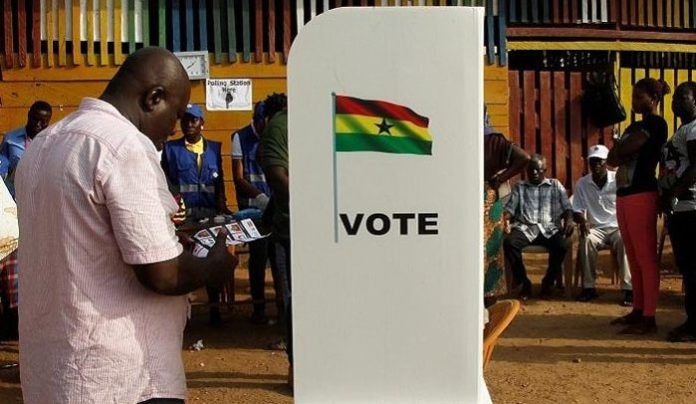 Edem and Naa have been married for five years. Theirs was a perfect marriage except for their childlessness. Their attempts at having children had been as futile as Nana Akuffo Addo’s first two attempts at the presidency. They tried all sorts of remedies but it was as though they were trying to grow hair on Kwami Sefa-Kayi’s head.

Naa was the most affected of the couple. She was broken, shattered really, robbed of all the joys of motherhood and nothing could put her soul back together – except a child, of course. By the fourth year of their marriage, at all social gatherings, she was as scarce as Vice President Amissah-Arthur. She could not stand all the talks about children among their friends. It tore her heart to shreds.

“I thought children, instead of a dog, will welcome me when I come here”

Although Edem and Koku were frantic about Sergio Ramos’ goal, the words Koku spoke did not stop ringing in Naa’s mind. It was obvious that Koku was faking his excitement about the goal as he only did it with the hope that it watered down Naa’s reaction to what he had said early on. Naa could not be fooled easily.

Normally, her reaction to her brother-in-law’s statement would have been to spit fire and brimstone on him. This time around, she could not afford that. The statement took something from her. Her heart started beating fast but without purpose and her mind was like a lost man at sea, desperate and starving for some stability. She was even more distraught because her husband did not notice the change in her mood. She stomped out of the living room in tears. That was when Edem noticed something was wrong with his wife. He went after her. Koku, realizing the trouble he could be in, sneaked out the house like a kid who had just stolen from a cookie jar. Not even the sound of his rickety campaign van could be heard as he drove out of the house.

Koku could not sleep the whole night. Thoughts of what he perceived as Miriam’s betrayal and the cruel words he spoke to Naa denied him sleep. Miriam would not respond to his call, neither would Edem nor Naa. He did the math in his head and calculated the cost of losing his brother and fiancée in one day. The usefulness of his thoughts evaporated. All his mind could churn out was emptiness like the state of his wallet at that very moment. He took to Facebook to join his friend, Madridista Firmer, claim that sleep is for the weak and make fun of all those who were blessed by nature with a good night rest.

3 days to the elections…

The morning came at a pace slower than the snail’s but, eventually, it came. Given the guilt he felt about all his misdoings the day before, Koku dreaded the fact that he had to go to church. Unfortunately, not going was not an option. The NDC campaign team for the constituency was worshipping at the Presbyterian Church in the neighbourhood. It was the last Sunday before the election and the MP aspirant stressed the need for everyone to be at the church.

“This a good opportunity to grab all the members of the church as the NPP team will be preparing for their rally today. Every voter counts. Therefore, every team member must be present to win a soul for the NDC. For we are fishers of voters,” that’s how the message read on their Whatsapp Group Chat.

There was also the need for prayers to be said for them and blessing pronounced on them as they got closer to the day of the election. The importance of being in the service could, therefore, not be overstated.

“See, why did they make us come to this particular church? Look at the colours of the church – red, blue and white,” Koku commented irately.

It was as if everything in the service was done to spite the NDC team that was there. From the colours that decorated the chapel as Koku noticed to some of the dance moves the youth in the church did during the praise time, nothing the congregation did thrilled the campaign team. To think that they were there to make a hefty donation to the church towards their annual harvest which they were crowning on that day, they were completely disappointed in the Rev. Martin Ayittey who also waved his handkerchief in a way analogous to the NPP’s change sign as the congregation sang “Jehovah turns my life around”.

“I thought he was one of us”, one of the campaign team members could not hide his surprise.

Koku had it up to his neck when the guest preacher for the day introduced the topic for his sermon as “Let’s Change Our Minds and Arise and Build”. From that time forward, Koku heard nothing. The pastor went on and on about why the congregation should be responsive towards the appeal for funds and contribute to building the new state of the art church auditorium.

Somewhere in the middle of the sermon, Koku leaped onto his feet and screamed, “Twaso! Twaso! JM Twaso!” Everybody was in stitches – even the guest speaker too – except the NDC campaign team members. The looks on their faces were enough to make Koku want to vanish.

He started sobbing and pleading for mercy. “Oh, Jesus, help me. Oh, Jesus, help me,” he cried. Then he felt a nudge in his side. He turned to look at the person who prodded him. It was one of his colleagues who was trying to tell him that the service had ended.

Apparently, Koku fell asleep as the sermon went on.

To be Continued Next Week…

Effective decision-making –leading in a crisis

No back-tracking on minimum capital requirement