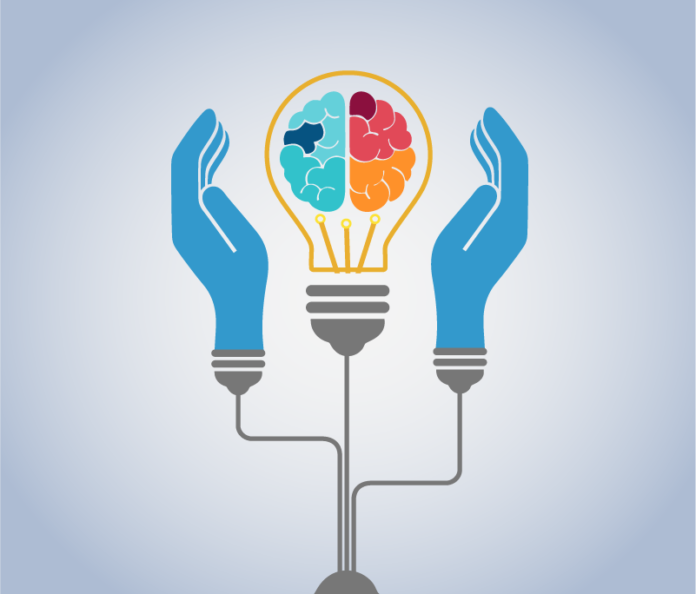 How will COVID-19 affect developing countries’ growth prospects? The answer will depend largely on how globalization – and intellectual support for it – evolves in the pandemic’s aftermath. The prospects are not encouraging.

Even before the pandemic struck, the global merchandise export-to-GDP ratio had been declining for the first time since World War II, falling by about five percentage points since 2008 to about 20% this year. 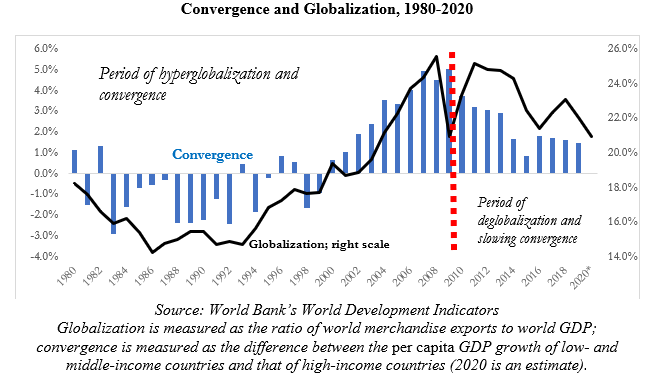 This is not the first time that the world has de-globalized. Between World War I and the eve of World War II, world trade collapsed, and the export-to-GDP ratio fell from a peak of 16% in 1913 to just over 6%. In John Maynard Keynes’s memorable words, this contraction was the result of “the projects and politics of militarism and imperialism, of racial and cultural rivalries, of monopolies, restrictions, and exclusion.”

Today’s deglobalization was brought on by other factors. For starters, new protectionist barriers have been erected, though not at a 1930s scale. The trade restrictions imposed by US President Donald Trump’s administration since 2017 have been relatively limited overall, and targeted mainly at China. At the global level, they have been partly offset by ongoing new free-trade agreements, such as the Economic Partnership Agreement that the European Union and Japan concluded in 2018.

Another, more important factor behind today’s deglobalization is the fraying of global value chains, which itself is the result of China’s transformation from a small export-driven economy into a much larger economy more reliant on domestic demand. As such, the past decade can partly be seen as a period of normalization after years of Chinese exceptionalism. But it was also clearly more than that. If normalization were the only factor, the global export-to-GDP ratio would have merely flattened, with the share of exports ceded by China being taken over by other developing countries. Instead, we have witnessed a dramatic decline in the ratio, implying severe consequences for many developing countries.

Since the early 1990s until recently, the world had been witnessing an economic “convergence,” whereby poor countries finally (after 200 years) were beginning to catch up with rich ones. Although some countries, especially in East Asia, had already been converging for a long time, only in the past three decades did this become a truly global phenomenon.

Expanded opportunities for trade were an important factor driving convergence. The 1990s and 2000s were an era of what Martin Kessler and one of us have called hyper-globalization, when technological advances, the container revolution, the fall in information and communication costs, and the dismantling of trade barriers sustained widespread economic exuberance.

Among other things, hyper-globalization drove the global export-to-GDP ratio from 15% to 25% over the two decades leading up to the 2008 global financial crisis, and this export boom fueled rapid growth in developing countries. Hence, as the following figure shows, hyper-globalization and convergence were interlinked phenomena.

Since the two phenomena were connected, the recent return of deglobalization has substantially moderated the convergence: low- and middle-income countries that were growing at about 3-4% per capita annually before the global financial crisis have been averaging 1-2% growth thereafter.

The question now is how the pandemic will influence the process of deglobalization that was already underway. It is too early to be sure, but two possibilities stand out. One plausible scenario is a generalized retreat in which deglobalization accelerates as countries and firms reassess the benefits of trade against the risks of import dependence. Alternatively, the next phase of deglobalization could be more limited and driven by China’s economic transition. In that case, a few developing countries would benefit in the short run but fail to secure a sustained advantage, because the heightened risk of future trade and strategic conflicts would usher in a new climate of deeper uncertainty.

The intellectual response to deglobalization and the reversal of the historic process of convergence has been a near-deafening silence. Very few academics or policymakers in advanced economies have spoken up in defense of an open global order on behalf of poorer countries. Cosmopolitan elites who previously had been loud and enthusiastic champions of globalization have sat on their hands.

Indeed, the pendulum may be swinging in the opposite direction, toward a resurgence of older development ideas such as the “Big Push,” whereby developing countries are advised to replace successful export-led growth models with inward-oriented strategies. There are reasons for this, of course, including valid concerns about globalization’s effects on inequality in advanced economies. Still, the fact remains: the interests of developing countries have been abandoned.

In fact, intellectuals in the developing world have also been silent, offering no real defense for the preservation of open trade. In key developing countries – notably China and India – the intellectual and policy landscape is tilting sharply toward self-reliance and inwardness.

To some degree, policymakers are making a virtue of necessity, given developing countries’ relative lack of influence on globalization. But it is also true that the intellectual currents in the West are drifting east, convincing policymakers to summon the ghost of past ideas like import substitution, which famously failed in the 1960s and 1970s.

In the post-pandemic climate, we should expect a continued acceleration of deglobalization and, unfortunately, intellectual accommodation of this trend. In a best-case scenario, a few developing countries might seize on new export opportunities as major firms look to diversify production away from China. But for most low- and middle-income economies, the price will be steep in terms of lost trading opportunities. The growth ladder used by Singapore, Taiwan, Hong Kong, South Korea, China, and Vietnam will be kicked away from still-lagging countries in South and Central Asia, Latin America, and Sub-Saharan Africa.

Arvind Subramanian, a former chief economic adviser to the government of India, is Professor of Economics at Ashoka University. Josh Felman is Director of JH Consulting.

Ghana Re pays GH¢9m to government

Commissioner of Insurance must intervene in NSS insurance brouhaha

Bolstering the efforts of government and critical institutions in managing the transmission of COVID-19   MODEC Inc., a leading provider of floating solutions in the...

The government of Ghana has confirmed reports that it is at an advanced stage in discussions with Bharti Airtel and Tigo for the transfer...