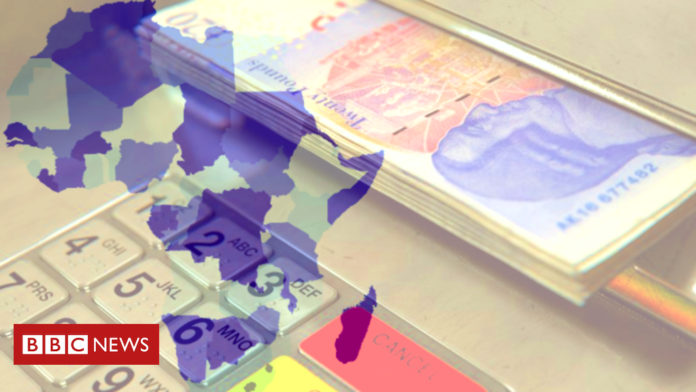 Across Africa the news that a former colonial power, the UK, is to take a more strategic, political, hard-nosed approach to the way it spends its overseas aid budget, has been greeted with a mixture of frustration and cynicism.

In announcing a merger between the Foreign Office (FCO) and the Department of International Development (DfID), Prime Minister Boris Johnson argued that the UK should be directing more attention and money towards countering Russian influence in nearby eastern Europe, and, by implication, spending less money in distant former colonies like Zambia and Tanzania where “for too long British overseas aid has been treated as some giant cashpoint in the sky”.

In Ghana, the head of the West African Civil Society Institute, Nana Afadzinu, criticised the British move as part of a broader trend of Western countries becoming “more myopic and inward-looking.” She said Covid-19 had exacerbated the trend, as had Brexit.

“Building international solidarity, supporting issues like human rights and an international development system – these are not going to be important [for foreign donors] any more,” she said.

“The challenge for us, for African leaders, is to unite, to stand as one.”

The link with Brexit, and Britain’s search for a new global role outside the European Union, appears clear.

Supporting the merger of the FCO and DfID, the UK’s former Foreign Secretary, Jeremy Hunt, spoke of the need for London to have a stronger voice on the African continent in order to counter Chinese influence.

“And if we are going to support those British values, we need to speak with one voice.”

But the notion of Africa as a battleground for competing outside influences has a long and troubled history on the continent – from the 19th Century colonial “scramble for Africa”, through the Cold War’s proxy conflicts, to the US and China’s growing rivalry, and even today’s struggle to access Covid-19 medicine.

Many involved in the aid and development world argue that the UK, like other former colonial powers, still owes the continent a huge debt for the wealth it extracted – and continues to extract in the form of African doctors and nurses, for instance, who are encouraged to emigrate to the West.

Indeed, one insider angrily complained that it was Africa which was still treated like a “cashpoint” by the West, rather than the other way round.

In Kenya, Degan Ali, who runs the non-governmental organisation Adeso, said Britain’s announcement simply revealed what had always been the case – that foreign aid has always been part of a Western-run global system that perpetuates patterns of inequality and poverty.

“I think in many ways aid policies have always been dictated by foreign policy, especially in former colonies,” she said.

“I think the whole [British] merger is just a confirmation – making official what has been unofficial. This is all part of the same humanitarian and development architecture that perpetuates structures of inequality.”

But in recent years, DfID has earned a strong reputation across much of Africa as one of the best – if not the best – development agencies of its kind, and a loud and important voice in steering aid money away from corrupt or ineffectual governments and deals.

“Why would you take away a Rolls Royce and replace it with a Vauxhall Astra?” asked another regional expert with close knowledge of DfID, who asked not to be identified, but who shared the widespread concern that the changes might damage, rather than strengthen, the UK’s global influence and reputation.

“It’s a significant loss of [British] soft power and DfID will lose a lot of technical competence and transparency.”

A departmental reshuffle in far-away Britain in the middle of a global pandemic might seem like a relatively trivial event – and indeed there are plenty of people who argue that the merger may prove successful, and point to other Western nations like Canada which have already done something similar.

Others say that decades of Western development aid have proved spectacularly ineffective in addressing poverty and that what Africa really needs – and many point to tiny Rwanda as a leading example – is a determination to wean itself off all-too-addictive Western aid altogether.

“There’s always been a scramble for Africa, an attempt to partition Africa, and now we have China playing a huge role too,” says Ms Afadzinu in Ghana.

“And I don’t think Africans are blind to it. We need to be bold enough to take a stance against Western power and influence.

“But unfortunately there’s always a divide between francophone and anglophone Africa.

“There’s always this insidious work being done to make sure those fault lines are deepened. We are pawns in the hands of these different global powers and our leaders have not risen up to the challenge.

The Attitude Lounge: As Wicked as Evil