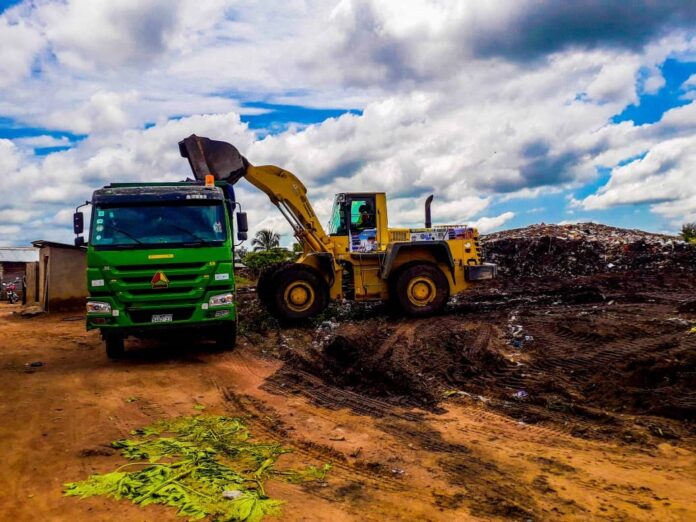 The Municipal Chief Executive (MCE) of Wenchi Municipality in the Bono Region, Dr. Patrick Kwakye Afriyie, has said the evacuation of three dump-sites in the municipality formed part of government’s priorities to ensure that dumpsites sited close to residential communities are evacuated to prevent any disaster.

Speaking to journalists during evacuation of the dum-psites in the Droboso community, he said a similar dump-site at the Wenchi Market was also evacuated by the then-Kufuor government, which has now been converted into a maize market.

‘The Wenchi Maize Market used to be a dump-site that was evacuated by the then-President John Kufuor government and converted into a maize market,” he said.

Meanwhile, an over-60-year old rubbish dump in the Droboso district of Wenchi Municipality has been evacuated to bring huge relief for residents in the community.

The evacuation exercise was through efforts by the Ministry of Sanitation and Water Resources in collaboration with the municipal assembly.

According to elated residents, the dump-site has always been a breeding ground for mosquitoes, causing malaria, cholera among other diseases.

Furthermore, the residents noted that they had consistently been appealing for government to evacuate the rubbish dump, and fortunately their plea has now been heard.

A sanitation guard at the Drobo community, Osei Kofi who could not hide his excitement, indicated that the rubbish dump will no longer tolerate dumping of refuse at the site after the evacuation exercise.

He gave assurance they are ready to pay a token-fee to dump their refuse in containers that will be provided to the community, so as to avert a recurrence of the site degrading into a heap of rubbish

The Attitude Lounge: On Being Happy

Two out of every five Ghanaians are poor – GSS