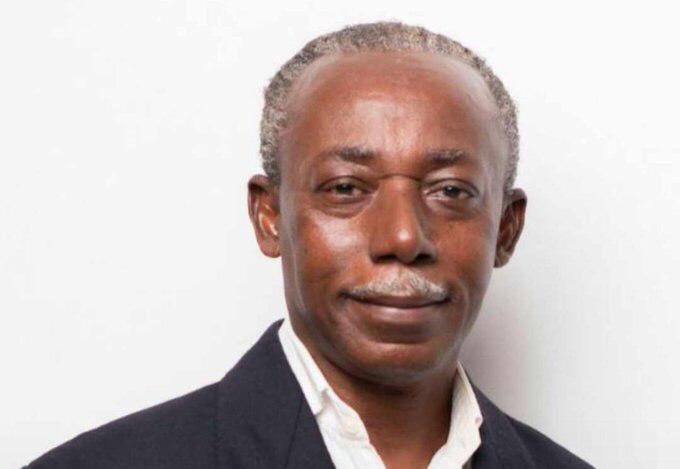 I am going to attempt this gory subject without resorting to Criminal Law 101, and avoid completely the temptation of citing cases, for the burden of learning the law is something I should not casually wish upon my greatest enemy—how much more you, B&FT’s cherished reader. Nonetheless, it is imperative that I quote these two people, as they do in Criminal Law 101 and see where that takes us.

“We must not make a scarecrow of the law,
Setting it up to fear the birds of prey,
And let it keep one shape, till custom make it
Their perch and not their terror.”

Roscoe Pound, “Law must be stable and yet it must not stand still.”

“For I know the plans I have for you… plans to prosper you and not to harm you, plans to give you hope and a future.” God said this. This level of assurance, however, is something human beings can never fully give to one another.

A society cannot fully function on, and depend on, the consciences of one another. That you will not steal from me; that she will not kill you; that he will not rape you; that I will not assault you—these and many more of such assurances are things we cannot fully, absolutely, always provide one another. So then—the law.

The law comes in and ensures compliance to the various codes of conducts. And Criminal Law, of all the laws, is the most retributive, the most coercive form of ensuring compliance. This is for good reason— because the nature of conducts this particular branch of law safeguards against are very dire and far-reaching in their consequences. For example, that which we have here: murder—I’d argue, assassination, when talking about this great man, Dr. Benneh. But I am getting ahead of myself.

The Law that holds a cane—always

Criminal law does not carry a to-do list; it does not tell us what to do, how to act, but rather, what happens if we act—foolishly, I might add. This branch of law is right in its approach because the bad nuts—those bad nuts, they are bound to happen in every society, even the most peaceful. We are all prospective bad nuts—because even the presumed good nuts, can easily turn bad under certain circumstances. The acts, we are all capable of committing—without the constraints of the law—can as noted, be so consequential, so pernicious, that if a society does not quickly get its grasps on its criminal law system and institutions, what would easily ensue is anarchy…

You do not know Dr. Yaw Benneh. So you, having already heard news of his death, his cold-blooded murder; you reading this article intending itself a homage to him—your sympathies are justifiably temporary—you won’t lose sleep, meals, over it. You won’t mourn viscerally. Because you are human, your sympathies for someone you are not immediately or intimately attached ought to be temporary.

Life goes on—quickly, for you and, admittedly, even me. I, his student; I, who sat in his class—his Public International Law, and International Trade Law classes in the University of Ghana, School of Law; I, who was called the “Precocious Child”, by him—you and I are not losing sleep to his death. But we ought to. I will tell you why—but kindly give me a minute to remember this man.

Genius is a word now over-used—the word is losing its weight. Prof. Benneh was a genius, the real kind—no doubt about that. It is often said, “A good lawyer is one who knows where to find the law”—indicating that lawyers do not necessarily have to—using this colloquial Ghanaian term—“chew” the law (have it all in their brains). Dr. Benneh chewed the law.

The petit, skinny man, standing at about 5ft2, would march straight into class—always, never a book in hand, and commence his trademark impassioned lecturing. For the life of me, I cannot stand picturing this large brain, housed by this small frame, bound hand and feet, in his own pool of blood, wasting away. This Ghanaian world-class brain, wasting away; his purpose snatched. For whatever temporal reason; this force of nature, permanently snatched.

Dr. Benneh made a bad case for International Lawyers—with his Nokia 3310 phone (I presume), which would ring during class. He would bring this rickety phone close to his face, and painstakingly press on a button. And he, forgetting we are present perhaps, would start that same impassioned chat with whoever it is that called. And his VW Golf Mk 1 (Was it? Oh! that car)—one would think him poor. This simplicity, very characteristic of extremely intelligent folks, Dr. Benneh possessed.

Consequently, the criminal act of murder isn’t ‘really’ crime, in the Ghanaian sense, if our society, always finds itself failing at meting out punishments to perpetrators. This is where Shakespeare’s warning, “We must not make a scarecrow of the law…” rings a bell. A law that barks, but is without teeth; a law that is a white elephant, a law that says to one “I will beat you if you do that” and never does—such a law, specifically Criminal Law system, is a great recipe for anarchy.

In the field of Criminal Law, ‘mind your own business’ is a stupid thing to say. Crime is a public issue, because when it drops, it causes ripples in society’s still waters, it causes knots in the carefully interwoven web of society’s fabric. You should be concerned about what happened to Dr. Benneh because it could be you. Crime is such that when it happens and goes unpunished, it fails at deterrence—it fails at discouraging perpetrators from committing the act, it encourages others to commit too, this act.

Crimes keep societies on edge. If this act was perpetrated against Dr. Benneh by his enemies—remember, he is not the only person with enemies; you have yours too. If it was by armed robbers—remember, Dr. Benneh is not the only person with property worth stealing. Crime does not affect its victim(s) only, but society at large. It disturbs the peace; it threatens to disturb the peace.

It is a revenant; it is relentless. Like the grim reaper, it threatens to visit us all. So then when you see you neighbour’s beard on fire, you hold on tightly to yours, for the fire threatens to visit you too. We cannot afford to mind our own businesses; in fact, we would be senseless to. Because—have I said this already?—it could be you. So, what do we do? We admonish the law to do its job well, to save us all this likelihood of ending up same—victims.

Answer: the police. I may have to wait till my next article to do this justice. Yet, I can spare here, a gist: police worldwide (almost) suffer the perception of ‘uselessness’. They are, more often than not, a tainted brand. I will limit my focus to Ghana.

It is woefully worrying that the first thing that comes out of a Ghanaian’s mouth, any time a crime is committed, and the police are rightfully turned to, is this: “Hoh! The police can do nothing.” It is even more devastating when we are constantly proven right in this rash dismissal of this law enforcement agency. Because, before the law can act; before the law can apply its prescribed punishments to offender(s), said offender(s) must first be caught. How do you punish a murderer if you have not caught that murderer?

As noted, Criminal law does not tell you what to do, but rather what happens if you do what you intend to do—the consequence of your act—so if the answer to this question is: nothing, the fabric of the law is in turmoil. And this answer “nothing” has its origin, first, from this institution: the police. No functioning society can afford to make jokes of its police, and keep these jokes still, unchanged—conditions unimproved. The police hold such crucial place in the interconnected web of every society. Yet, this importance, has been reduced, chiefly by they themselves, to petty traffic bribes.

I cannot do this subject justice if I do not do it comparatively. So then, I am going to hold off on my exposition into this vital agency—the police—and do so at a much more saner time: next week. But remember to hold that water close to that beard of yours—as we work on more formidable law enforcements agencies—keep that water close to that beard of yours. Life is too precious to be snatched, with perpetrators roaming free, unfound—retribution not derived. While at it, hold off on your police jokes too—it is an institution too consequential, to be left to their own devices.

A Brief History of Decision-making – Part 1

Nigeria to bar flights from countries that block Nigerians – Minister

Is there a need to review the Rent Act?