Africa needs to take advantage of the economic potential of its ports and shipping sector if it is to realise its growth ambitions. Globally, ports are gateways for 80% of merchandise trade by volume and 70% by value. Investment in ports and their related transport infrastructure to advance trade and promote overall economic development and growth is therefore vital – particularly in emerging economies that are currently under-served by modern transportation facilities.

However, port investment must be channelled appropriately to ensure financial sustainability and economic growth. Investment is not always about building new ports or terminals – investment spent on infrastructure without cognisance of the efficiency and effectiveness of the performance of the port may not produce the desired results. Port performance must be seen in the context of not only port infrastructure shortfalls, but also the fact that port performance has a direct impact on the efficiency and reliability of the entire transport network in which the port is just a node for the transfer of goods.

These are among the key findings of an analysis of port development in sub-Saharan Africa (SSA) issued by PwC . The report, ‘Strengthening Africa’s gateways to trade’, was developed in response to the challenges facing SAA’s ports in attracting external investment and highlighting the regional economic and growth benefits thereof.

As an emerging market region endowed with vast resources and a growing population, SSA must accelerate its market access and trade across the region and with the rest of the world. PwC analysis shows that a 25% improvement in port performance could increase GDP by 2%, demonstrating the close relationship between port effectiveness and trade competitiveness.

With growing congestion in many African ports, Africa runs the risk of sacrificing further growth through lack of investment in port terminal infrastructure. Access to effective ports, interconnecting infrastructure and efficient operations to cope with current demand and future growth, will lead to reduced costs and improved overall freight logistics efficiency and reliability – all of which are fundamental to the region’s future success.

Despite the high volumes of goods that require transport, the development and integration of ports in Africa’s wider logistic chains remains uneven. Some ports are important generators of benefit and serve large hinterland areas, often extending beyond national borders. Others lag in terms of available facilities, reliability and efficiency in the handling of freight, which increase supply-chain costs. The disparities in performance between different ports impacts on Africa transport logistic chains, and makes African countries less competitive than they could be.

Dr. Andrew Shaw, PwC Africa Transport and Logistics Leader, says: “Ports are a vital part of the supply chain in Africa, with many ports having a far-reaching hinterland often spanning a number of countries, which makes them a natural focus for regional development.”

“In this report we show that the global transportation and logistics industry can no longer afford to ignore developments in Africa. Logistics service providers and ports in particular will continue to play a key facilitator role in trade competitiveness and thus facilitate trade and sustained economic growth across the region. Trade competitiveness requires governments and key stakeholders to see ports as facilitators of trade and integrators in the logistics supply chain. Efficient ports can make countries and regions more competitive and thus improve their growth prospects. The reliability and efficiency of each port terminal, including minimising delay to shippers, is critical to enhancing future trade facilitation.”

Kuria Muchiru, Partner, Government & Public Sector PwC Kenya, adds: “Efficient port operations in Mombasa and Dar es Salaam are critical to increased throughput and evacuation of cargo. Investments in rail are seen as a major step towards contributing to improved performance. Developments in multimodal operations and master planning of the ports to keep up to date with increasing throughput, which in turn fuels economic growth are critical to efficiency. In the long run East Africa is expected to a be a major transhipment hub on the East Coast of Africa, which will reduce freight costs in addition to contributing to the Belt and Road. ”

“As the larger West African economies embark upon, or seek to accelerate, the implementation of their economic development drives, new and / or expanded port access and capabilities are increasingly recognised as key tenets of these programs. This is exemplified by the number of active port development and expansion projects in Nigeria and Ghana.”

The case for shifting focus

Historically, many governments have focused on the revenues that can be extracted from ports as opposed to recognising them as facilitators of trade and growth. Africa needs to shift its understanding of the role ports can play and step up investment in them to achieve its economic development goals. In particular, there should be more awareness of the greater economic benefits that effective and efficient ports can play.

In SSA, the business case for port expansion is often only defined once capacity is already constrained and thus many ports operate under severe pressure while investment decisions are being made. This continual lag, which often lasts years, reduces competiveness and takes no account of the resulting reduced trade impact on African economies. In contrast, China’s approach to port investment is instructive. China considers port investments on the benefits it receives from trade and thus regards ports as highly strategic investments in the national interest.

High port logistics costs, poor reliability and low economies of scale in trade volumes have a negative impact on trade growth in Africa. According to PwC estimates, US$2.2 billion per annum could be saved in logistics costs if the average throughput at the major ports in SSA doubled. In other parts of the world, such a focus on volume and efficiency has led to a stronger emphasis on hub and feeder ports for containers and enhancing scale for commodity bulk terminals.

Although individual countries in Africa have tended to push for developing their own hub ports (ports with the greatest volume potential), it is likely that we will see some ports eventually emerge as major hubs. PwC’s analysis shows that, based on the degree of shipping liner connectivity, amount of trade passing through a port, and the size of the hinterland, Durban (South Africa), Abidjan (Côte d’Ivoire) and Mombasa (Kenya) are most likely to emerge as the major hubs in Southern Africa, West Africa and East Africa, respectively.

It is notable that SSA merchandise trade has increased by about 300% over the past 30 years, yet the region contributed less than 1% to the value of world trade growth during this period. The value of SSA exports has declined since the end of the resources boom, while imports have continued to grow. As demand for commodities begins to increase once more, we expect to see prices and volumes will rise again.

The fact that most African countries have an imbalance in trade focused on commodity exports and manufactured imports poses major cost challenges. SSA imports are predominated by containerised cargo, while exports are mostly handled as bulk freight. This trade imbalance between imports and exports means that many containers return empty, thereby absorbing valuable port capacity and resulting in higher logistics costs for inbound traffic to offset the cost of an empty return leg. Improving Africa’s trade potential to export manufactured, semi-processed or agricultural goods would significantly improve the imbalance in containerised trade. This rebalancing of containerised trade offers a unique opportunity for African countries to beneficiate and expand trade in higher-value exports.

Most SSA ports are public sector owned and managed, which makes the raising of capital in a constrained economic environment difficult. Governments’ role in the port sector also affects investment returns because of the manner in which they regulate and operate ports.

Greater clarity and transparency about government involvement and regulation of port activity is important. Almost all investors we spoke to during our research highlighted governance as the main risk consideration in their investment decision to support increased port investment. This is in an environment in which 67% of port terminal operators interviewed in southern Africa felt that they needed to expand their port facilities.

Performance of ports in SSA

A range of physical, organisational, technological and institutional elements play a role in determining port capacity and efficiency. PwC has developed a Port Performance Analysis (PPA) that tests the performance of SSA ports against international norms and practices. Using the PPA assessment tool, notwithstanding the fact that each region and port has its own specific challenges, it is possible to draw the following conclusions about SSA ports:

The report assesses current investment in SSA’s ports and reveals a number of trends:

Shaw comments: “SSA ports are under increasing pressure to respond to the needs of shipping lines, logistic providers and multinational traders, as they seek to drive efficiencies throughout the value chain. There remains a strong case for SSA to focus on investment in ports. Developing port infrastructure ahead of demand, focusing on the ports with the greatest potential (the ‘hub’ ports of the future) and improving the overall functioning of these ports so that through productivity gains they are increasingly attractive as destinations for global trade are key imperatives.” 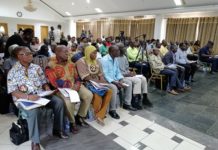 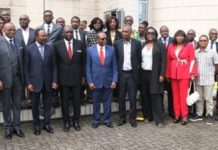 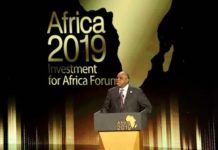 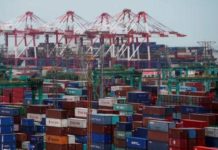