The Vice President Dr. Mahamudu Bawumia opened the 69th Annual New Year School and Conference with an assurance of a brighter outlook for 2018 economic year, leveraging on the country’s available natural resources to finance developmental projects.

Vice President Bawumia, speaking under the theme ‘Job Creation for Accelerated National Development: The Role of the Private Sector’, said: “We need to change our financing model for our developmental projects.

“What has happened over the years is that we were borrowing, but if we have these natural resources we can leverage on them. If we have 400million worth of gold and we need 10million to do an infrastructure, we should be able to strike a deal that will get us the money with the natural resource – but not by borrowing.

“For the most part …we are told by natural resource extraction firms that we have exported a certain amount of gold, oil and bauxite, but the question is: how do we verify that indeed that is the exact quantity which was exported?” he said.

Recounting an interaction with some officials of Dubai during a recent visit, Dr. Bawumia noted that Ghana was praised for its high quality of gold and the quantum exported – but the figures did not match what was locally reported. “I said to myself, this must change.”

Despite inheriting a gloomy economy, Dr. Bawumia said the country’s economic future looks bright – with the economy growing from 3.7% in 2016 to an estimated 7.9% in 2017, representing the best annual real Gross Domestic Product (GDP) growth for the first year of any new government since 1992.

“At the end of 2016, Real GDP growth was down to 3.7% in 2016 from 9.1% in 2008 – due to declining growth in agriculture and industry, rising Unemployment, High Fiscal Deficits, Rising Public Debts, High interest rates, Accumulating Arrears on government obligations: and also the arrears validated as outstanding at the end of 2016 was GH¢3.1billion, plus Weakening of the Banking system, Cancellation of teacher and nursing training allowances, Return to Cash and Carry under NHIS, freeze on the hiring of Extension Officers in agriculture, High and pervasive taxes, and Corruption,” he stated.

See Also:  How to tax a multinational

Crucially, “Fiscal discipline has been restored and fiscal consolidation has taken hold. For the first time since 2006 the government of Ghana has been able to meet its fiscal deficit target, notwithstanding some revenue shortfalls. The fiscal deficit target was to reduce the deficit from 9.3% of GDP in 2016 to 6.3% of GDP for 2017. The preliminary data for end December 2017 indicate that the fiscal deficit was some 5.6% of GDP in 2017. Many doubted the ability of government to achieve the target in light of revenue challenges”.

Sir Sam Jonah, the Executive Chairman, Jonah Capital cautioned government against corruption describing it as one of the greatest threats to investment and job-creation in the country.

He cited that investors critically consider issues of corruption, among others, when looking for an investment destination – adding that the acts of corruption, especially in the public sector, is one of the key factors that pushes investors away and thereby reduces job creation potentials in the country.

He said: “Nothing is more undermining of investment promotion than corruption. Corruption is corrosive. To discourage investors from corrupt practices, the UK bribery act and the US foreign corrupt practice act has placed serious responsibilities on investors and their agents. Evidence of corruption by investors or their agents attracts unlimited fines and imprisonment. Clearly, in this day and age no credible investor would willingly choose to invest in a country where there is widespread corruption…”

He called for a deliberate policy to change the attitude of Ghanaians toward local products, adding that the inordinate taste for foreign goods in Ghana and many other African countries is not conducive to developing indigenous capital.

“There is little faith in things made in Ghana. We have an inordinate taste for foreign goods, whether food items, clothing, electronic, footwear – not to forget toothpicks and toilet paper. This mindset-issue manifests itself even at official levels.”

He cited the rehabilitated GIHOC Shoe Factory in Kumasi, which had cause to publicly complain about the continuous importation of boots for the security services to the neglect of their brand of boots.

“It is also not very necessary to reinvent the wheel in terms of policies aimed at building indigenous or national capital, especially where there are best modules which address our situation in Ghana,” he said.

He cited South Korea, which during the 1960s its government through the educational system succeeded in making people believe that consuming foreign goods at the expense of their local manufactured ones was unpatriotic; stating that merely smoking a foreign-made cigarette could get someone reported to the authorities.

He urged the country to begin with value addition to its cocoa, precious metals and the massive opportunities in ICT to develop software entrepreneurs – declaring that government must move away from being the age-old provider of all things to a facilitator of all things.

“We must strategically transform ourselves from agriculture to agribusiness, and from mining to mining beneficiation. We must move away from being mere planters of cocoa beans to manufacturers of world-class chocolate products. We must allow our nationals to participate in these sectors as investors and shareholders,” he said.

On job-creation, Sir Sam Jonah called for the full operationisation of the Local Content bill to boost the economy.

“We need to plan today for the health of our economy tomorrow, through critical human resource development in all our strategic sectors.

“We must make a conscious effort to tap into the Ghanaian diasporan pool of talent and capital. The experience of India in developing its ICT sector is based on Indian diasporan capital and talent.

“Software engineers from Silicon Valley were provided with tax incentives, dual citizenship among others to fast-track investment in India. Today India is a world leader in the software industry. A good start has been made with the establishment of a disaporan desk at the presidency,” he said.

Professor Ebenezer Oduro Owusu-Vice-Chancellor, University of Ghana, said job-creation remains central to the country’s sustainable development, and at the same time is a growing concern to the country’s shared prosperity.

He said despite considerable efforts by successive governments to create jobs in the last two decades, unemployment – particularly among graduates from the nation’s universities and other tertiary institutions – remains very high.

Prof. Michael Ayitey Tagoe-Acting Provost, College of Education and Dean, SCDE, University of Ghana, said the emphasis on job-creation and national development stems from the fact that in the last one-year, government’s effort has focused on job-creation and how to address unemployment in the country. 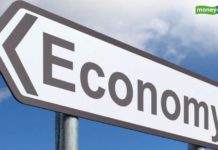