On Friday 20th October, as the CEO of Ameri Energy, I testified to the Energy and Mining Parliamentary committee on our Takoradi gas plant. As a company that has conducted our affairs in Ghana to the highest levels of transparency and integrity, we welcomed this opportunity to set the record straight.

AMERI recognises there has been a debate in the media over the project. We want to make sure that the citizens of Ghana know the facts behind this conversation. For it is only on the basis of facts – and not conjecture – that an issue as critical as power supply should be discussed.

The hearing focused on the 250MW gas power plant built in Takoradi. The facility, designed to provide emergency power to Ghana’s grid, is fully operational and generating electricity. In fact, it was constructed in record time, in just 4 months. It has operated without fault since.

Ghana is one of the bright lights of Africa. Unfortunately, dumsor has held back the nations development. Ghanaians are a creative and entrepreneurial people. But without reliable power, entrepreneurship – and a better quality of life –  will remain a distant goal. AMERI,  through the Takoradi power plant, has improved the situation.

Let us look at the facts: our plant supplies close to 20% of electricity in the country. Working together with a world leading project such as the great Akosombo power station, we have increased energy security and resilience of the nation’s power system. Blackouts are quickly becoming a thing of the past.

Quality and delivery are one thing, but what about value for money? AMERI acknowledges the Government of Ghana has every right to review whether this project in the interest of the people. Yet, it is on this point of value for money that we feel our power plant is a particularly strong performer.

Let us be completely transparent. An independent report by one of the most respected auditors in the world, PriceWaterhouse Coopers (PwC), has looked in detail at the deal. They found that out of 7 comparable projects from around the world our project offers the best value for money. This is an achievement that we in AMERI are proud of.

For the consumer, this means affordable energy. Indeed, our facility offers the lowest levelized cost of any thermal plant in Ghana.

What’s more, it is debt free. Rather than the government paying rent indefinitely, the agreement was signed under a Build, Own, Operate and Transfer (BOOT) contract. This means that 5 years from the signing of the contract, it will become the sole property of Ghana. The cost for the government when in 5 years it comes to the transfer? US $1.

The negotiations to build the power station started in 2014. In early 2015, the government signed – through the Ministry of Power – the BOOT Agreement. However, there was one condition: it required parliamentary ratification before it took formal effect. This was not only something that AMERI accepted, but insisted on. We thought the official stamp of the government and Ghanaian MPs essential to securing the legal, commercial and financial risks involved.

After facing rightful parliamentary scrutiny, the project was unanimously passed. The Committee on Energy on Mines also added their input. They requested the equipment of the Project be brand new. AMERI readily obliged and delivered this. The state-of-the-art apparatus has been installed and will be maintained and operated at the best Original Equipment Manufacturer (OEM) standards, for the duration of the agreement.

In addition, AMERI has fully borne the entire financial risk of the project, with just a Standby Letter of Credit from the government (which is 10%). What seems forgotten in the debate around our power plant is that the Government of Ghana has looked into a number different options such as rental and outright purchase, before deciding for the BOOT option. And the simple fact is that the BOOT option was chosen because it represented the best deal, meaning the most affordable deal, for Ghana.

Therefore, AMERI has taken both the financial and operational risk to construct and transfer this asset to Ghana. Built at record speed, the project has been the most reliable energy supplier to the country. Not once has there been a shutdown. Its contribution to the energy mix of Ghana is substantial.

So, this is the story of how the AMERI plant came about. We will always work in the interest of Ghanaians because we value partnership. It underscores our company philosophy to contribute to any and every community we work in.

Through innovation and openness to international partners, Ghana will secure energy resilience and security for the nation. The entrepreneurship and opportunity it will unlock is an exciting prospect. AMERI eagerly awaits this time. We are proud to have played a part in the journey. 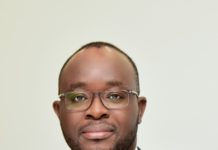 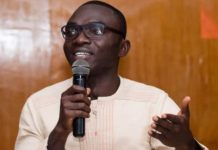 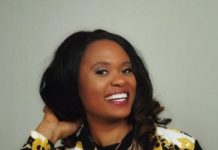 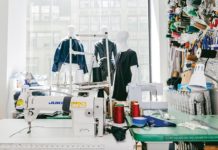 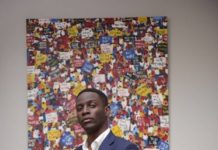 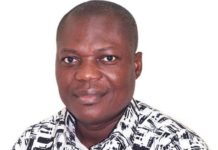 We will entrench macro-economic stability – Veep

Courting alternative sources of funding for businesses and SMEs

The Attitude Lounge: Yaa Asantewaa and our Democracy