Home Headlines Global insurance penetration as a 1% of GDP estimated at 1% for... 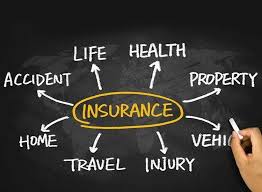 Global insurance penetration as a percentage of global GDP has been estimated as 1% over the past decade in 2018. According to Atlas Magazine, the global reinsurance market turnover amounted to US$257billion in 2018 – a 5% rise.

This is due to improved underwriting ratios and highly increased return on investment; however Standard & Poor’s managed to maintain their stable outlook for 2019 while AM Best revised these outlooks upward from negative to stable.

Despite the optimism displayed by rating agencies, the magazine warns of structural as well as cyclic threats that still linger as the reinsurance market remains at the mercy of: economic conditions and geopolitical risk; low interest rates over a long period of time;and natural disaster risks, especially those due to climate change.

The rest are: regulatory evolutions; the inability to cope with rising pressures on capital cost; a powerful upsurge of alternative capital patterns; and downward alignment of tariffs among stakeholders.

Indeed, in sub-Saharan Africa reinsurance premiums amounted to US$1.5billion in 2018 from US$1.4billion in 2017. However, the ongoing development and industrialisation of Africa’s economies – together with gradual increases in insurance penetration, has contributed to expansion of the regions reinsurance markets; and over the-long term, this trend is expected to continue.

Importantly, launching the African Continental Free Trade Area (AFCFTA) with its potential to boost trade and GDP growth across Africa presents a positive outlook for the African reinsurance market.

The report also states that a major challenge facing the region’s reinsurers are protectionist policies which come in the form of legal cessions in many countries; high inflation and depression of local currencies against the US dollar; and a fall in commodity prices on the global markets. In fact, sometimes it is also due to lack of capacity and technical expertise that reinsurance for larger size and specialty risks finds its way out of Africa and is written by non-African foreign reinsurers.

Employers should feed employees with the right information – Vodafone HR

Sixty youth have been trained as insurance sales agents by the National Insurance Commission (NIC) in Takoradi. The training is to enable them have in...

Appolonia City, Greater Accra’s new city, has been commended by the UK-Ghana Chamber of Commerce (UKGCC) for its vision and investment in high-quality infrastructure....

October, the UN-designated breast cancer month, may pass this year without much notice, as COVID-19 continues to inhibit mass public gatherings, but not for...

How profitable is delivery service business?