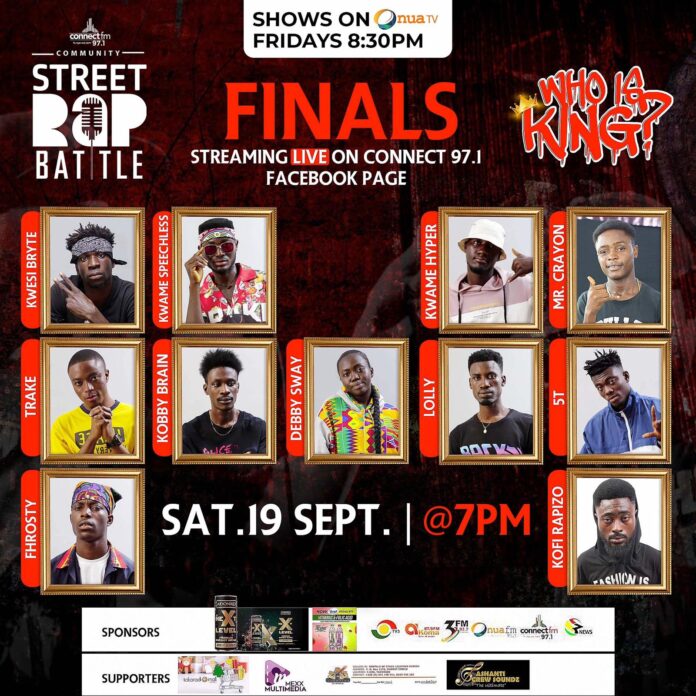 After eight competitive weeks of extraordinary performances, which saw the men being separated from the boys, the final showdown is here!

According to the Management of Connect FM, the grand finale of the Connect FM Community Street Rap Battle promises to be fun-filled with unique rap bars, hard punchlines, inventiveness and lyrical dexterity.

Your guess is as good as mine, who wins the night when the eleven gifted rappers clash? Who gets the bragging rights and wins the ultimate prize: one-year management deal, five mastered songs and GHC50,000 worth of promotion across all Media General platforms.