After 26 years of service to the nation, the immediate past Director for the Savanna Agricultural Research Institute of the Council for Scientific and Industrial Research (CSIR-SARI), Dr. Stephen Kwesi Nutsugah has bowed out of active service.

Dr. Nutsugah, who first started with the institute as Head of the Plant Pathology Section, then rose to the Deputy Director position in 2007, Acting Director in 2008, and eventually became the substantive Director from 2010.

Dr. Nutsugah was offered appointment by CSIR-SARI on February 1, 1994 as a research scientist. He set up the Plant Pathology Section and also served as the first resident Plant Pathologist of the institute. This laboratory was not only the first on the institute but also the first in the then Northern Region, and also served as a training ground for students of the University for Development Studies (UDS).

Not only did Dr. Nutsugah help establish the Plant Pathology section at UDS, but also helped raise the next generation of plant pathologists as a part-time lecturer. Some of his students often come to CSIR-SARI for their student practical and dissertation work, and even student attachment.

At a farewell ceremony held at the conference hall of the institute, many staff grieved in the heart over the Director’s final exit from active service.

Dr. Nutsugah in his farewell message commended staff for their cooperation in building and serving the nation.

He urged staff to hold fast to the core values of the institute: which are Discipline, Dedication, Reliability, Transparency, Teamwork, Hard Work, Mutual Respect, Professionalism and Selflessness. These values, he believes, will guide the decisions, actions and relationships as CSIR-SARI works toward fulfilling its mission.

Stating some achievements, he noted how he helped to establish a 3-ha mango museum with 21 exotic varieties of mangoes to be used in tree crop research. He mentioned the considerable improvement of staffing at the institute, with 40 staff members currently in school and 70 at post giving a good outlook for the human resource-base of the future.

A.K. Nyamekye, who delivered a speech on behalf of the CSIR Director-General, also applauded Dr. Nutsugah for his contributions toward growth of the institute in achieving its goals.

He noted that during the Director’s tenure, the institute’s Internally Generated Funds increased – with the number of donor-funded projects also increasing to help embark on effective research activities.

He took advantage of the occasion to announce that Dr. Samuel Saaka Buah is now the Ag. Director for CSIR-SARI effective from May 5, 2020 until a substantive director is appointed.

Dr. Buah was the deputy director of CSIR-SARI and the immediate past Head of Upper West Region Farming System Research Group of CSIR-SARI. He is a Crop Physiologist and received his PhD in Soil fertility and Plant Nutrition from the Iowa State University. 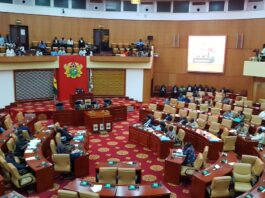 The Construction Industry Development Authority Bill 2020 is heading towards Parliament 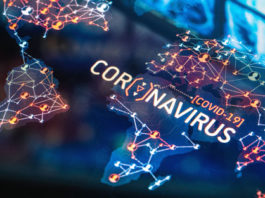 Life returning to normal in Africa, but virus fears linger

Gov’t, Huawei to construct over 2000 rural star sites to bridge...