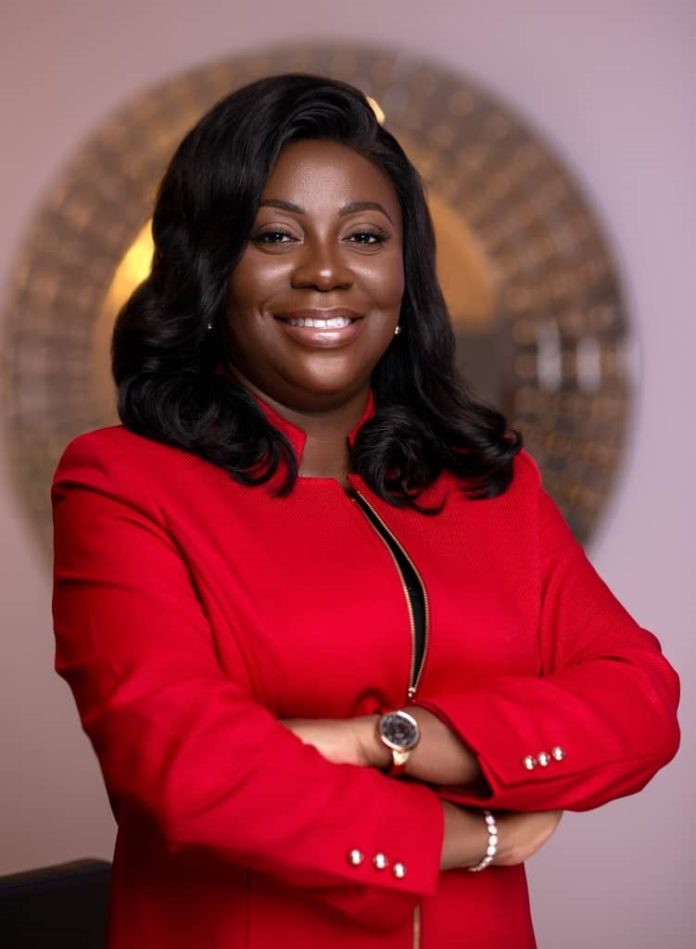 Chief Executive Officer of Vodafone Ghana, Patricia Obo Nai, has reaffirmed the telecommunications giant’s commitment to supporting Micro, Small and Medium Scale Enterprises (MSMEs) during and after the COVID-19 pandemic.

In her opening address at the maiden edition of the Vodafone Business Runway, she outlined several measures that have been implemented by her outfit to cushion MSMEs over the course of the past few months.

Providing the rationale behind the Business Runaway series, which forms part of steps taken in collaboration with the National Bureau for Small Scale Industries (NBSSI), she stated: “It is actually a platform aimed at empowering SMEs with the requisite skills, insights, opportunities that will enable them to manage and build private businesses.

The Government of Ghana in supporting MSMEs, who undoubtedly contribute immensely to the economic growth of the country, introduced the CAP which is being managed and delivered by the NBSSI.

“Being the mobile money partner for the disbursement, we decided that post the disbursement it was important to collaborate with NBSSI on this first webinar to discuss what next for the beneficiaries. ‘How can they leverage technology’? ‘How would they survive during and after the pandemic’?

“Many organisations are finding effective ways to digitally transform their competitiveness, they are reinventing their back office processes, they are speeding up supply chain, they are looking at HR services, and everyone is trying to use one form of technology or the other, they are doing all these to win in the current dispensation and lead their respective industries, and also in order not to be left behind, the Vodafone Business Runway is crucial now more than ever as we deliberate and share innovative solutions and ideas that will help our SMEs survive this and beyond.”

Additionally, she stated that Vodafone employed a three-pronged approach in addressing the challenges of their customers, particularly, MSMEs. The first of which included the provision of dynamic and affordable internet data plans to aid remote working as well as improved security services such as conference facilities and efficient cloud services.

In addition, she stated that there has been continuous sharing of insight with MSMEs, particularly to allay fears brought upon by the changing business landscape. Finally, she mentioned the removal of charges for Vodafone cash transactions, especially to enable the safe and payment of salaries without cost to the institutions or their employees.

Highlighting a plethora of challenges that have faced the programme thus far, Executive Director of NBSSI, Mrs. Kosi Yankey-Aryeh, called for a fair amount of circumspection in expectation of how the Bureau discharges its duties.

She revealed that due to the very informal nature of most MSMEs, there was an appreciable level of variance between the MSME landscape and the data received from the Ghana Statistical Service (GSS). Poor bookkeeping, lack of Tax Identification Numbers (TINs), more MSMEs registering than anticipated as well as inaccessibility to technology in some quarters, were some of the challenges mentioned.

However, she extoled the role of Vodafone, not only in serving as disbursement partners but also in providing other technology-based solution.

“We wanted to be objective in this situation. So we put a system in place and put a scoring system behind that technology and that’s what we did with Vodafone as a partner, they came up with us and designed a credit scoring system for us and we put this behind the platform to promote objectivity,” she added.

Dominic Kwame Adu, CEO, First National Bank and Francesca Brenda Opoku, CEO of Solution Oasis Limited among others made up the panel.

Russia sets aside US$1bn to boost trade ties with Ghana