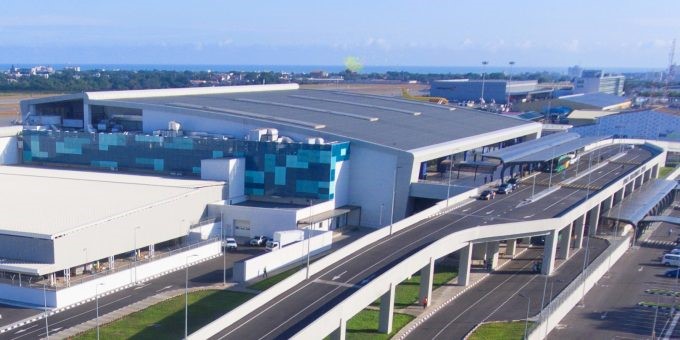 Management of the Ghana Airport Company Limited (GACL) has refuted claims by former President John Mahama that there are plans to cede a huge part of the airport to a Turkish company. The Airport company last month refuted claims of privatisation after some staff of the company held a demonstration against the government and their Managing Director.

The angry workers, clad in red attire, claimed the government, through the Aviation Ministry, intends to hand over the company to a Turkish investor. Although the Aviation Minister, Joseph Kofi Adda dispelled the claims. Speaking in an interview with Woezor TV over the weekend, the NDC flagbearer accused government of seeking to cede 66 per cent shares of the GACL to the Turkish partner under the guise of a management partnership agreement.

“When we were in office, a valuation study of the Kotoka Airport was done and it was valued at over GH¢ 5 billion. It also had an insured value in the region of GH¢3 to GH¢4 billion because a lot of money had been invested in the airport and it had become one of the five best airports in Africa.

“We are seeing a strange development where a Turkish company is being given the airport; to take over the airport and run it. For US$70 million we are giving 66% of the airport to a Turkish company. We are against it. It is wrong. ‘They talk about not being able to service the loans that were taken to develop the airport. Apart from that these loans are insured anyway and so if Government has not triggered force majeure, the way to go is not to sell off the airport,” Mr. Mahama said.

However, in a statement, KIA said the former President’s claims are not factual.

“Claim by Mr Mahama that an investment of $600 million was made at Kotoka is incorrect. The amount may be in reference to funding of projects in all airports including $130 million runway project at Tamale Airport and $25 million new airports in Ho,” Management of the company said in a statement.

The statement added that: “The claim that GACL has been unable to service the syndicated loan facility is untrue. To date, GACL has met its repayment obligations under the loan facility. It is not Government’s responsibility to invoke the force majeure clause. GACL at the onset of the COVID-19 pandemic triggered the force majeure provision under the loan agreement and has been in discussion with its lenders to meet its obligations. Additionally, Government, has under the COVID Relief Programme, extended relief support to GACL.”

In conclusion, it assured the “general public that Kotoka International Airport is NOT FOR SALE. The vision of making Ghana the Preferred Aviation Hub and leader in Airport Business in West Africa remains a priority.”

Are Ghanaians compromising their privacy when registering to vote?

Are Ghanaians compromising their privacy when registering to vote?

InfoSec Advisory with Del Aden From both sides of the aisle, we’ve heard a consistent drumbeat about the importance of citizen participation in the upcoming...

The country coughs out a combined US$1.2billion yearly to pay for excess power capacity and gas which it does not use, Dr. A Ofosu...

Chief Executive Officer at Hollard Insurance, Patience Akyianu, has called on key stakeholders in the insurance industry to put mechanisms in place to deliver...

Omnifert CEO is 2020 Cocoa Award’s Entrepreneur of the Year

Michael Zormelo, CEO of Omnifert, a wholly Ghanaian-owned indigenous leading agro-chemical industry player, has been adjudged the Entrepreneur of the Year at the 2020...

Inlaks is System Integrator of the Decade at GITTA 2020

Inlaks, the leading African systems integrator and financial technology solutions provider, has been adjudged the System Integrator of the Decade at the 2020 edition...