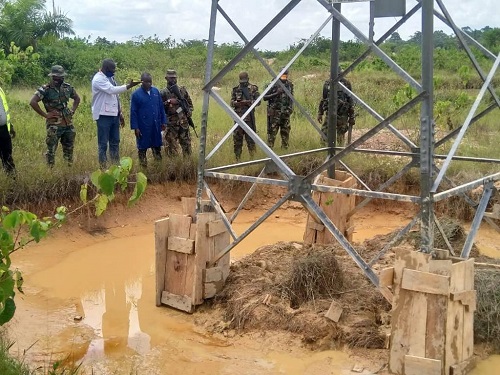 Minister of Lands and Natural Resources, Kwaku Asomah-Cheremeh, has come out to condemn the activities of illegal small scale miners, as cyanide and mercury are being dumped into the Bia River.

The development poses serious health challenges for residents, since they are compelled to drink from the Bia River as well as use the water to prepare their meals. He made the disclosure at an illegal mining site located at Tugakrom in the Western North Region early this week.

Again, our Asian friends, the Chinese, have been fingered for their penchant to engage in illegal mining activities in our forest zones. What’s more, Ghanaians working in the Chinese-owned illegal mines are being paid a paltry GH¢6 for about 12 hours of work.

Illegal mining in itself is bad enough; but when we consider how our nationals are being exploited to engage in the illegal activity, it illustrates the level of poverty in some of our communities. The minister revealed how some residents in the mining communities informed him about their exploitation by Chinese.

Worst of all, cocoa farms are sold for a pittance to these foreigners – who again turn around and exploit the locals who decide to assist them in the illegal activity. A tour by the minister in the Western North Region led to the discovery of wide destruction of the environment by illegal miners.

It is quite baffling that after almost three and a half years of anti-galamsey fight spear-headed by the Ministry of Lands and Natural Resources, the impunity rages on – and one is tempted to ask whether all the resources thrown into the fight was really worth it, since the problem seems to know no end.

We believe government must have the political will to expel any Chinese national found to be engaging in such illegal activities, since Ghanaians cannot do same in China. Even though the Chinese government supports our country’s development efforts with capital, we cannot sit idly by while these foreign nationals wreak havoc on our environment and pollute our water-bodies in the process.

We cannot play the ostrich while impunity is displayed right before our very eyes and the whole country sits helpless. The anti-galamsey task-force should be giving periodic situational reports on illegal mining and the challenges they face, so as to inform the nation how successful – or not – the fight has been.

With complicity by officialdom, the battle can never be won.

Regional integration as a tool for wealth creation in Africa

Youth population-bulge is a ticking time-bomb