As COVID-19 crisscrosses Africa, and policymakers are implementing emergency responses, World Health Organization Director-General Tedros Adhanom Ghebreyesus has issued a clarion call to African governments: “In other countries,” he said in March, “we have seen how the virus actually accelerates after a certain tipping point, so the best advice for Africa is to prepare for the worst and prepare today.”

But even viable efforts to mitigate the effort will press many African countries’ already-strained budgets to the breaking point – or beyond. As it is, Sub-Saharan African countries allocate an average of only 7% of their general government budget to health, compared to 15% for OECD countries. The cumulative effect of low spending has left many of these countries with precarious health systems that struggle to provide ordinary services, let alone respond to a pandemic.

Under-investment is the main reason Africa’s health systems are weak. But lack of fiscal space for emergencies like the pandemic – due to unsustainable levels of debt and shrinking savings – makes matters worse. And governments are also reluctant to make hard decisions that may require reallocating budgets and reversing wage increases for public-sector employees.

Some governments have been pro-active. South Africa, which has one of the continent’s highest infection rates, has reversed earlier wage agreements with labor unions in order to mobilize emergency funds for COVID-19. Other measures adopted by President Cyril Ramaphosa’s administration, which was quicker off the mark than most Western governments, include expansionary monetary policy and tapping surplus funds held by public financial institutions. The private sector also has donated to the government’s Solidarity Fund.

Liberia’s experience in the fight against the Ebola outbreak in 2014 provides crucial lessons for policymakers about how to tackle a major public health crisis with limited financial resources and organizational capabilities. According to a detailed WHO assessment of Liberia’s preparedness to tackle Ebola, the John F. Kennedy Medical Center, the country’s only large referral hospital, was heavily damaged during the country’s 14-year civil war. No hospital had an isolation ward, few medical staff had been trained in the basic principles of infection prevention and control, and facilities had little or no personal protective equipment.

So how did Liberia tackle the Ebola health and public finance crisis? After declaring Ebola a national emergency in August 2014 and instituting many of the measures – border controls, curfews, and community quarantining – now seen worldwide in response to the COVID-19 pandemic, Liberia’s government undertook several fiscal measures. The authorities boosted health expenditures by 111%, to about 60% of the total budget, which increased by 24%. Alongside this reorganization and increase in public spending, Liberia’s main economic sectors – especially mining, agriculture, agroforestry, and services – contracted by around 8%.

The Liberian Ministry of Finance and Development Planning took several additional measures. It suspended all capital investment projects, except those directly linked to the Ebola emergency. It also reduced the recurrent operational costs of government ministries and agencies, and directed public officials not involved in addressing the Ebola emergency to stay home. And it established an Ebola trust fund to pool public resources and grants from donors, corporate partners, and members of the public, similar to the fund that the South African government has established in response to COVID-19.

Moreover, finance ministry staff moved into the building of the health ministry. This improved coordination and communication during the crisis, and enabled the authorities to monitor expenditure better, and respond more agilely to the changing situation.

In keeping with Liberia’s “all-hands-on-deck” approach, governments will need to improve coordination across all agencies and levels of administration, especially in decentralized political systems where the implementation of health services is the responsibility of provincial, state, or local authorities. This will ensure that emergency funds are allocated where and when they are needed. Maintaining an efficient flow of information to track expenditure and quickly determine further needs is crucial.

Alongside short-term emergency efforts in the fight against COVID-19, countries should reinforce their medium- and long-term pandemic preparedness. The ongoing challenges of many developed countries, including individual US states, to source the necessary medical equipment and supplies in time to respond to the pandemic should serve as a warning to African governments.

In order to increase bargaining power and avoid unnecessary competition, governments should consider a pan-African procurement strategy for essential supplies. They should also begin efforts to expand the fiscal space for pandemic preparedness by capitalizing on the public awareness the COVID-19 crisis has created. Although imposing new taxes before economies recover will be difficult, there is evidence that voluntary taxation could enable governments to tap resources for activities such as disaster relief.

The key is to guarantee that the proceeds from such schemes will go to a ring-fenced public health emergency fund. But governments’ decisions on the financing of health facilities and services for future emergencies will be equally important. Africa’s health systems are unprepared for the current crisis. That must be addressed now – and never be allowed to happen again. 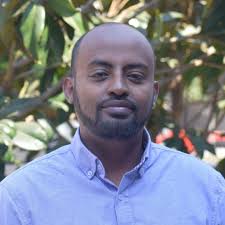