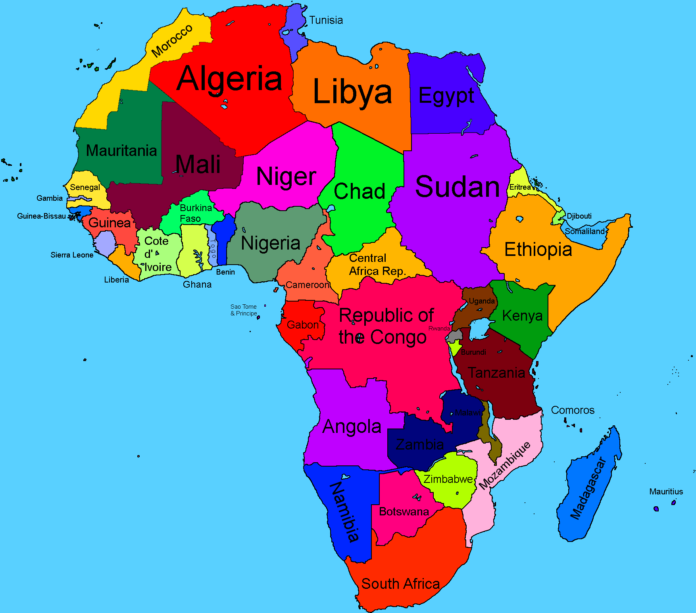 On the 1st of October 2020, the Global System Mobile Association (GSMA) released the ‘Mobile Economy sub-Saharan Africa’ report which forecast the mobile economy in Africa into 2025.

[1] A positive outlook to start the month of October and last quarter of 2020. 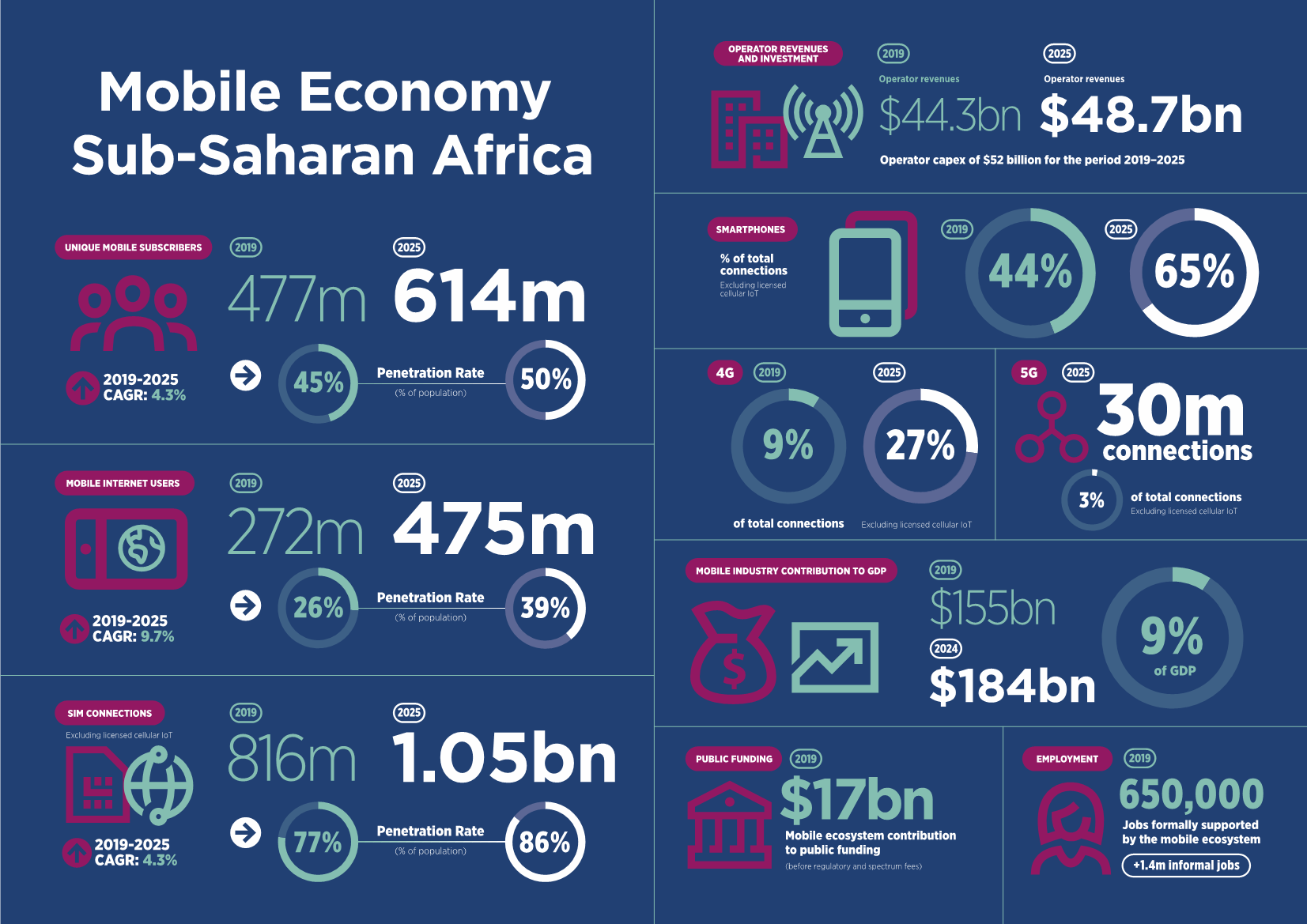 The highlight of this forecast is that by 2025, even with 1.05 billion SIM connections, 614  million unique mobile subscribers and smartphone adoption reaching 65% of the total population, only 39% of Africans will experience their mobile web on those smartphones. This seems to suggest that even though there will be exponential smartphone growth over the period, cost of connectivity may be a showstopper. But that’s not necessarily the case, because there’s more happening than meets the eye.

The Mobile Network Operators (MNOs) are going to spend collectively about US$52billion on infrastructure between now and 2025, and this would grow their revenues to US$48billion by 2025 – generating about a million formal and three million informal jobs across the continent. 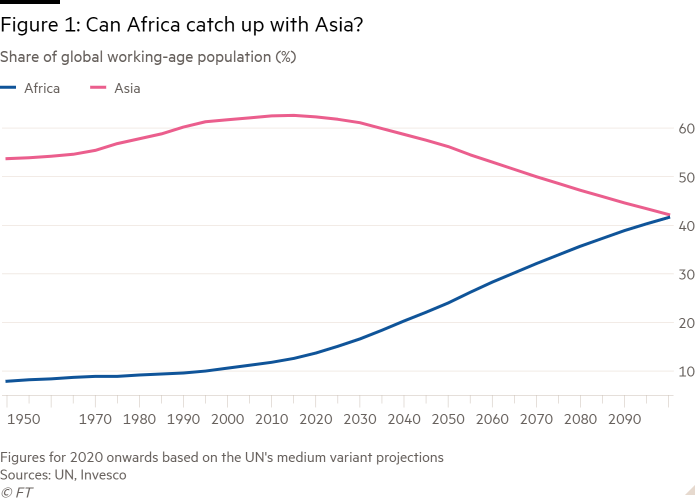 By 2024 the mobile industry will contribute US$184billion to the continent’s collective GDP, bringing it to 9-10% of total GDP.  In the first quarter of 2020, the Information Communication Technology (ICT) sector contributed 17.83% to the Nigerian economy[1] – suggesting that the larger ICT sector’s GDP contribution may be higher.

According to the report, COVID-19 has increased the demand for digital services and so there is an urgent need for government to create policies that enhance access to connectivity and
drive investment in more resilient digital infrastructure for the future. This is crucial
to reactivating the region’s economy post-COVID-19, as digital technologies play an even more important role in society.

The UN projects that Africa’s population of 1.3 billion will quadruple over the next two decades reaching 4.3 billion by end of the century. While Asia’s share of global working-age population will be declining Africa’s will be ascending, eventually overtaking Asia by 2100

Of Africa’s exponentially growing population, 70% will be below 25-years old – exactly the demographic that most embraces advanced mobile technologies and is using the mobile web platform to build solutions for the many problems they are faced with. Since beginning of the 21st century, some of Africa’s youth have been building companies like Interswitch, Cellulant, MSF Africa, Hubtel, IrokoTV, Paga, Jumo and Farmerline etc.

The most avid consumers of these mobile web solutions is the emerging middle-class, which according to the African Development Bank Group (AfDB) in 2011 was 313 million people and accounting for 34% of the total population.[1] This middle-class spends on average US$2.20 a day. The bank’s definition of middle-class in Africa is people who spend the equivalent of US$2 to $20 a day, based on an assessment of the cost of living for Africa’s more than one billion people.

By 2060, the AfDB predicts that the number of middle-class Africans will grow to 1.1 billion and account for 42% of the predicted population. This means Africans living below the poverty line will be in the minority at 33%.

Now, let’s address what’s really going on with mobile growth and the seeming cost-prohibitiveness in taking advantage of the growth. Given that the middle-class will grow and increase their purchasing power, they will have more disposable income to afford the cost of connectivity and more people will be able to do that. Secondly, as indicated by the GSMA in its report, the cost of connectivity will reduce over the period and hence more people will experience their mobile web on smartphones.

To conclude, by the end of 2100 Africa’s population will most likely surpass Asia with a middle-class that comprises more than 50% of the population. Smartphone penetration will be almost 100% and the cost of connectivity more affordable, such that the majority population will have great mobile web experiences by consuming mostly African applications developed by the African youth.