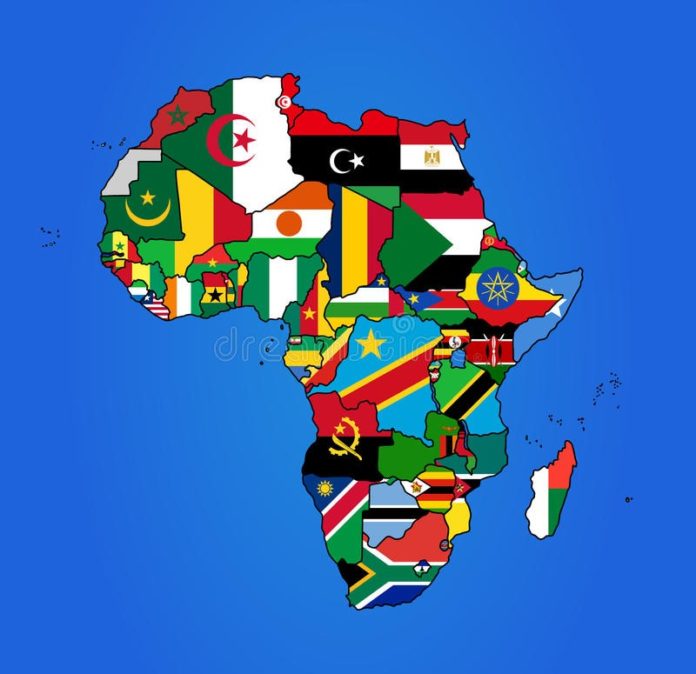 It is home to more than 40 different nations and around 2,000 languages. Sub-Saharan Africa has six of the world’s 10 fastest-growing economies. North Africa has vast oil and natural gas deposits; the Sahara holds the most strategic nuclear ore; and resources such as coltan, gold and copper, among many others, are abundant on the continent.

The region is full of promise and untapped riches — from oil and minerals and land to vast amounts of people capital; yet it has struggled since colonial times to truly realize it’s potential.  — Aljazeera.

One question that keeps everyone puzzled is: If Africa is blessed with such natural resources, why then is it still struggling? Are we not tapping the natural resources as we are supposed to, or don’t we have the required manpower to do so?

This investment shouldn’t be left to governments alone; all hands must be on deck. It is high time human resources came together and built ideas that will put Africa on the First World Map through economic development. Just like in 1971 when Dubai, Abu Dhabi, Sharjah, Ajman, Umm Al Quwain, Fujairah and (in 1972) Ras Al Khaimah joined to create and develop the United Arab Emirates. This is where AfriCapitalism comes into play.

Africapitalism is the ideology that Africa’s private sector can and must play a leading role in the continent’s development. This is an economic philosophy that embodies the private sector’s commitment to the economic transformation of Africa through investments which generate both economic prosperity and social wealth. The term was coined by Nigerian banker and entrepreneur Tony Elumelu.

He argues: “Africa’s renaissance lies in the confluence of right business and political actions.” This includes strong governments, civil society, and effective or efficient regulations and governance, as well as strong cultural alignment between African societies and the principles of Western capitalism.

According to Africa Liberty, Africapitalism is underpinned by four core values:

This is not just about the absence of poverty but also the presence of conditions which make life more fulfilling. Those include access to quality education, health, social capital and democratic institutions. This is extremely important for a continent riddled with extreme negative human conditions. Africapitalism should be committed to tackling these through the promotion of responsible entrepreneurship and an enabling business environment.

The benefits of progress and prosperity need to be equitably shared. It is very easy for the accumulation of wealth to be lopsided, as shown by the 2015 Africa wealth report. Africapitalism recognises that growth needs to be inclusive. In other words, it aims to promote a form of entrepreneurship that strives to create financial and social wealth for all stakeholders.

The simultaneous pursuit of profit and social wealth is primarily a quest for balance, harmony, and peace. This is the balance between economic prosperity and social wealth. Africapitalism shares similar values with the sustainability movement. This could be summed up as: “… a process of achieving human development… in an inclusive, connected, equitable, prudent and secure manner”.

Given that Africapitalism seeks to meet Africa where the continent is on its development path, it is underpinned by a firm and explicit value of a sense of place and belonging. It treats Africa primarily as a place (and not necessarily as a market) with meaning and value to people’s identities.

Looking at the value above, one will agree that the best way to go about Africapitalism is through Technology. Technology is the next gold mine for Africa, and its deliverables over the years across the globe have been unprecedented. Information Technology is the trending green opportunity for self-reliance, passion-driven and information-driven youths; and its skills are handy for both economic and personal growth. If both the private and public sectors can leverage technology in driving Africapitalism, then Africa will in no time be put on the map even among first world countries.

>>>The author is a Software Developer, Project Manager, a Contributor at FreeCodeCamp Lagos, and a Moderator at Facebook Developer Circle Lagos. As a Software developer, she was among the team that developed SecaPay (a Fintech Solution) as well as Fidelity Bank Account Opening Portal. She is also a YALI RLC Alumni and a semi-finalist for Women-in Tech USA 2019. Her passion for technology led to her founding Envision Technologies, a platform dedicated to raising technocrats as a means to curb unemployment.  She has spoken at many tech events in the Nigerian tech ecosystem and also bagged some awards to herself. She has been featured on many blogs including the freeCodeCamp San Francisco medium page. She is currently an Entrepreneur in training with Meltwater School of Technology. She can be reached via email [email protected]

‘No individual is now allowed to lift contaminated oil’

Although the mining industry has been around for over a century, it has yet to see much progress in areas of transparency and open...

Gov’t seeks extra US$ 125m for sanitation and water projects

Parliament has approved government’s request for a financing agreement with the International Development Association (IDA) for an amount of US$ 125 million as additional...

Corruption continues to be a growing concern in Ghana and the menace has always been largely blamed on weak institutions and failure on the...