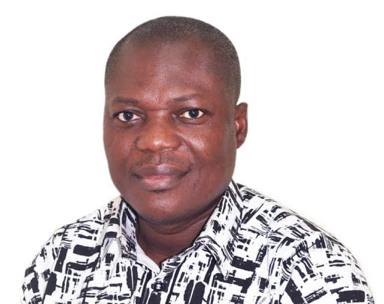 COVID-19 is indeed a revealer. It has revealed that the economy of Ghana has inadequate liquidity buffers.

The Minister of Finance reported to parliament as required by section 30 of Bank of Ghana Act, 2002(Act 612) as amended by Act 918 in 2016 – requesting a GH¢10bn financing from the Bank of Ghana.
Some Ghanaians are of the view that government is using COVId-19 to add onto the already burdensome debt levels from any available source.

There are some questions and answers to better clarify the issues.

Question 1
Does Covid-19 period mean anything requested by government is valid?

Answer
No. Where the request is not in line with the rules, the request is inappropriate. Some people create the impression that we are not in normal times and government needs money, and so government is right in asking anything. Some even explain that some laws should be shelved for now to allow government execute its programmes. The truth that emergency powers granted the president do not overthrow our democracy or requirements of the public financial management framework and debt management objectives.

Question 2
What is the meaning of BoG financing government?

Answer
According to section 30 of Act 612 as amended, it is a short-term loan to government by BoG; and the interest on this loan is to be determined by the Board of BoG and Minister of Finance as an over-the-counter transaction. For the avoidance of doubt, the heading of section 30 is temporary advances – and subsection 3 requires repayment within three months.
Any money taken or to be received that has the obligation of repayment, either with or without interest, is called a loan.

Question 3
What is the limit or amount allowed by law to be borrowed by government from the BoG?

Answer
According to Act 918 which amended Act 612 by introducing subsection 7, total loans, advances, Treasury bills and other securities must not be more than 5 percent of previous year’s revenue. Any borrowing more than this requirement is illegal, and the explanation that we are not in normal times does not make it legal.

In 2019, the total revenue was approximately GH¢52bn; and 5 percent of this is equal to GH¢2.6bn. The BoG has already provided GH¢4.5bn to government, which is a violation.

Question 4
What happens in an emergency?

Answer
Section 6 of Act 612 authorises the Minister of Finance, Governor of the Bank of Ghana and the Controller and Accountant-General to meet and determine the limit or amount to be borrowed above the earlier 5% of previous year’s revenue rule. It means in an emergency government can borrow from BoG more than the GH¢2.6bn – but only after the amount determined by the three parties is submitted to parliament for approval.

The approval rules in article 181 and section 56 of the public financial management Act require prior approval by parliament before borrowing takes place; especially when government is already received funding from the Stabilisation Fund (US$219million), World Bank (US$100million), and IMF (US$1billion).

Question 5
So, what is wrong with the GH¢10bn loan?

Answer
1. BoG has disbursed above the 5 percent rule before reporting to parliament for approval.
2. The entire section 30 is about short-term loans for government to be repaid in three months; but BoG is lending this money through a ten-year bond in which repayment of interest and principal starts after two years. This means it is no longer a short-term loan. Section 30 does not give such authority for the parties to convert the short-term arrangement into a long-term loan agreement.

Question 6
Why the limitation to a short-term loan?

The general rule is government does not borrow from itself through short-term loans.  Also, to avoid what fiscal management experts call fiscal dominance – which may undermine the monetary policy role of BoG with contagion effects.

In exercise of the authority granted the trio to determine what amount to borrow from BoG in an emergency, they should not overlook risks to the economy if excessive amounts are borrowed from the BoG.

Section 30 is therefore a special arrangement with clear conditions. That is why the Public Financial Management Act prohibits public institutions from buying Treasury bills.

So, borrowing from BoG is meant to address short-term financial needs even under emergencies.

Question 7
What is the conclusion?

Answer
The conclusion is that there is a 5% rule for borrowing from the BoG by government.

The borrowing must be short-term and not long-term as government is now seeking to do.
There should be prior approval of any amount determined by parliament. Also, this arrangement is not an ordinary support: it is a loan. The interest rate on the loan is the BoG policy rate, and is a floating interest rate – meaning if the policy rate goes up, the repayment burden goes up.

Feature: Once an American foe, now a friend: OPEC turns 60

How to get a Partner Online — Get to Know the Girls That Are...

Book-keeping Tips for a Startup Business – The Accountant’s Perspective

The overarching goal of every revenue agency is the efficient assessment, collection and enforcement of taxes and tax laws. The Ghana Revenue Authority is responsible...

A report released by the United Nations Conference on Trade and Development recently calls Africa a 'net creditor to the world'. The export of commodities...

As the fight against the COVID-19 pandemic continues, MultiChoice Group (MCG) has reaffirmed its commitment to the United Nations’ (UN’s) efforts to conquer the...

The fourth edition of the GMA Webinar Series has brought together experts from both industry and academia to discuss the influence of digital media...

Friends of the Nation (FoN), a non-governmental organization, has organized a day’s training on local governance and domestic revenue mobilization for the media at...