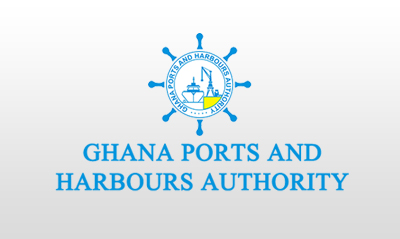 The Ghana Ports and Harbours Authority has assured Ghana’s Police Service of the Authority’s full commitment in ensuring the security of the ports to facilitate trade and secure revenues for the state.

Welcoming a new Deputy Tema Regional Police Commander who paid a working visit to GPHA, the Director General of GPHA, Michael Luguje emphasized that the port Authority will continue to collaborate with the security agencies in the Port to safeguard the strength of Ghana’s Ports as the most secured in the sub-region.

The Director General who was flanked by team of management staff from GPHA reechoed the significant role of security for the sea trade and praised the already existing relationship between the Port Authority and the Tema Police Regional Command.

The new Deputy Tema Regional Police Commander DCOP Anderson Fosu-Ackaah promised to contribute to deepen the existing relations between the two institutions and assured of his outfit’s commitment to provide adequate security in the Port.

DCOP Fosu-Ackaah was taken through an array of efforts and investments made by GPHA to improve services in the Port by a deputy Manager in charge of Marketing and Corporate Affairs at GPHA.

The governments of 12 countries issued a joint statement pledging their commitment to help solve the current seafarer ‘crisis’ at an International Maritime Virtual Summit on Crew Changes hosted by the UK, also urging other nations to follow suit.

“The inability of ship operators worldwide to conduct ship’s crew changes (during the pandemic) is the single most pressing maritime operational challenge to the safe and efficient movement of global trade,” the statement read.

Since March 2020, only about 25% of normal crew changes have taken place, it stated, leaving more than 200,000 seafarers stranded at sea awaiting repatriation, while a similar number wait ashore to relieve them.

… a car with everything - including soul It is no secret that the 12th-generation Toyota Corolla has a soul, which enables the sedan to...