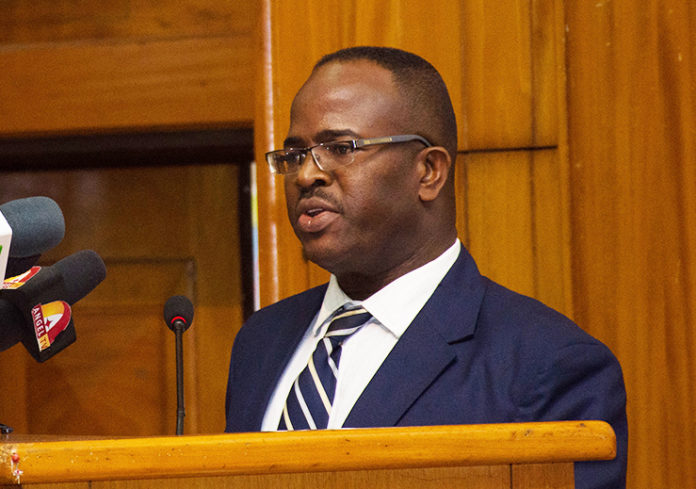 The mining sector is confident of improving on last year’s production of over 4 million ounces of gold, despite the devastating effects of the novel Coronavirus, the Ghana Chamber of Mines, has assured.

Although the Chamber is still in the process of collating production guidance from the various mining firms, it said it expects production from member firms to be higher than 2019’s figure.

The assertion, according to its Chief Executive Officer, Sulemanu Koney, is based on the coming on stream of AngloGold Ashanti’s Obuasi Mine, a ramp up by some miners and the strong demand for gold on the international market, as investors seek refuge from the COVID-19 induced global economic crisis.

Last year, large scale miners – Chamber members – contributed over 2.8million ounces, with the rest of the country’s gold output coming from small scale and artisanal miners, according to industry watchers. However, this year’s production, according to Mr. Koney, will be higher baring any unforeseen hitches.

“No member company has suspended production and so we do not expect production to be different from the guidance that they have given the market,” he told the B&FT.

Mr. Koney who asked what impact COVID-19 pandemic has had on the domestic mining sector, explained that gold remains one of the commodities that has held firm despite the COVID-19 pandemic which has led to a lockdown of the global economy and a crash in stocks as well as a collapse in oil prices.

As of press time yesterday, the precious metal went for about US$1,703.95 per ounce, with a gram also going for US$54.78, while a kilo sold around US$54,783.26, with experts predicting an even higher value for it in the coming months.

For instance, Bank of America lifted its 18-month price target for the precious metal to US$3,000 per ounce from US$2,000 on Monday, praising gold as “the ultimate store of value” amid the severe economic downturn.

After an initial sell-off and subsequent rebound, analysts at the bank say the safe-haven asset sits near its highest level in eight years, but Bank of America reckons potent easing policies around the world will send its value 50 percent higher than its all-time record

“We all know that in times of uncertainties, most investors would flock to gold and naturally there will be high demand for gold because alternative assets are deemed risky – there is so much uncertainty – if you take for example the various stock markets, they have done abysmally.

Therefore, most investors would want to be secured in the outlook of their investments and they would rather move into gold which is generally deemed as safe haven. That is why the commodity prices are really holding firm, which is positive for our country,” Mr. Koney espoused.

Buttressing why COVID-19 will have no meaningful impact on the sector in the foreseeable future, Mr. Koney said: “The mining industry is not like a tap where you can decide to switch on and off depending on circumstances. So, our best bet would be to say that generally we would expect production to be according to the guidance as provided by the mining firms.”

On the revenue side, Mr. Koney was even more bullish that the economic crisis brought upon by the virus bodes well for the mining sector, particularly the price of gold, cascading into higher earnings for producers and the country at large.

“For us to benefit from this firm price of gold, we would want to have a seamless production. Production should not be halted because revenue is both a function of the price of the good, as well as, the volume of production in this particular case.

“The next question to ask is, how is production doing? We don’t foresee a significant change in production as far as Ghana is concern,” a bullish Mr. Koney assured, adding: “In terms of the impact as far as revenue is concern, this is positive because we have a situation where production is holding and the price of gold is also holding firm.”

Just as the virus spread has left no aspect of the global economy untouched, Mr. Koney admitted to some negative impact on the industry’s supply chain, mining support services – firms that provide support services to miners. “Although we are expecting some improvement, we have had a little blip by way of uncertainty around the supply chain. We rely heavily on mine support services,” he indicated.

“The exception given was just for mining firms, not the supply chain participants and it is something we are actually in the middle of trying to resolve. So in all, we expect the mining industry to hold really firm and that you will be good for Ghana,” he concluded.

What exactly is Mail Buy Bride? Get from Your Rut

One of the country’s fastest-growing financial technology companies, Teksol Eganow Limited, has been awarded with ISO 27001:2013 by TNV, the world's leading Security Management...

The Municipal Chief Executive (MCE) of Wenchi Municipality in the Bono Region, Dr. Patrick Kwakye Afriyie, has said the evacuation of three dump-sites in...

The high cost of Marine Gas Oil (MGO) - representing as much as 70 percent of industrial and semi-industrial vessels operational cost - is...