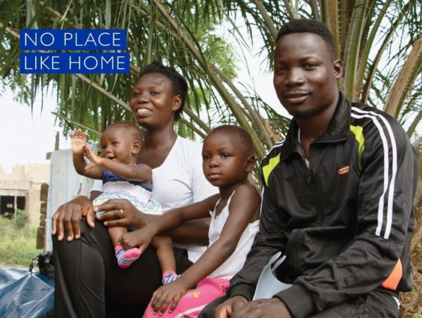 Government in collaboration with the International Organisation for Migration (IOM) and European Union Delegation have launched a campaign dubbed ‘No Place Like Home’, to throw light on the dangers of illegal migration and provide hope for persons who are contemplating using illegal routes in travelling to migrate for survival.

According to the Director of Policy, Planning, Monitoring and Evaluation at the Ministry of Interior, Rose Tsorhey, the nationwide multimedia campaign is to provide accurate information on dangers of illegal migration and encourage the youth not to risk their lives in the quest to seek greener pastures.

“The management of migration to maximise its gains and reduce its dangers continue to be a high priority for government,” Ms. Tsorhey said during the virtual launch on Friday, July 17, 2020. She added: “I must say that the implementation of government’s flagship programmes such as 1 Village 1 Dam; 1 District 1 Factory; and Planting for Food and Jobs among others aim at strengthening national growth and will serve as an ingredient for the success of this project. It is my fervent expectation that the campaign will make the necessary impact so that Ghanaian youth will choose to migrate as a matter of choice and not for survival.”

The campaign, supported by the EU-IOM Joint Initiative for Migrant Protection and Reintegration and funded by the European Union Emergency Trust Fund for Africa, shares accurate information on the dangers of irregular migration and inspires the youth to look for opportunities in Ghana before embarking on a perilous journey.

“The outbreak of COVID-19 is having an unprecedented impact on human mobility and on the livelihoods of millions of people across West Africa, including Ghana. We expect that the socio-economic impact of COVID-19 will put pressure on many communities, which may lead to increased migration.  We need to be proactive, and safe migration campaigns such as ‘No Place Like Home’ are crucial in preventing unnecessary sufferings and loss of lives,” said Sylvia Lopez-Ekra, IOM Ghana Chief of Mission.

The campaign features stories of returning migrants, such as Ebenezer Bae who returned to Ghana in 2017. Mr. Bae is leading a youth group in the Brong Ahafo Region – a migration-prone area heavily affected by a high unemployment rate – that advocates for safe migration. He said during the launch that: “After risking my life in the desert and experiencing exploitation and abuse in Libya, I felt the youth must know so they do not put themselves in similar difficulties. I am fortunate to be alive, because many did not survive.

“More importantly, what I was looking for in Libya is in abundance in Ghana. I want the youth to understand that it is possible to make it here. I tell them: If you want to migrate, use the right channel. This is our campaign message.”

The ‘No Place Like Home’ campaign complements ongoing efforts of grassroots organisations to raise awareness on safe migration. Additionally, participatory activities such as street-art painting or sports have proved successful in bringing community members together, fostering social cohesion, and countering stigmatisation that affects migrants upon their return.

The campaign aims to inspire a conversation about migration, online and offline, in the communities. Returnees, their community members, and people who might consider irregular migration as an option, can share their own stories online using #LetsTalkMigration. The campaign will run for three months in migration-prone areas – including the Western, Western North, Bono, Bono East, Ahafo, Ashanti, as well as Greater Accra Regions.

Since its launch in 2017, the EU-IOM Joint Initiative for Migrant Protection and Reintegration has allowed 147 awareness-raising sessions to take place in communities and schools across the country, while radio and television broadcasts with similar messages have reached approximately 208,000 Ghanaians nationwide.

VRA to rely on Ivorian power to avert ‘dumsor’

With Apex10 organic fertiliser booster, farmers get 3× times yield while reducing fertiliser use...

Autonomous aviation accident investigative body to be set up