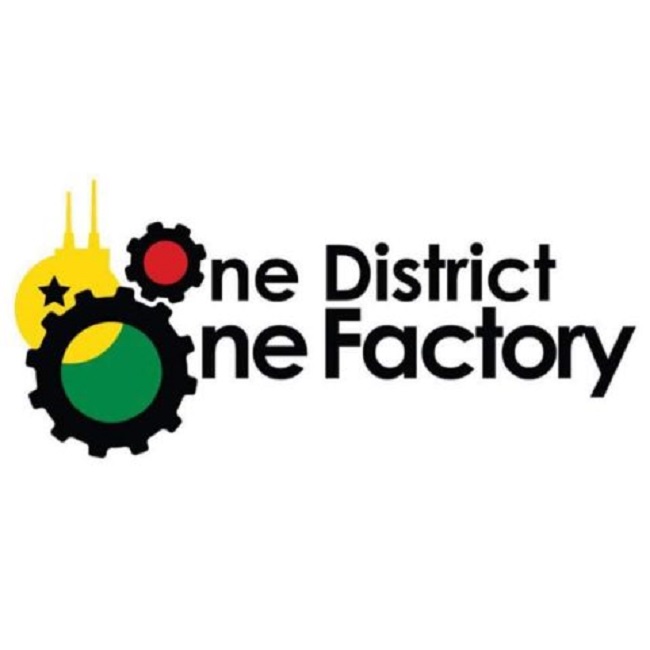 Ghana’s industrialisation drive is intended to transform the economy from an agriculture-led to industry-led one. This strategy, it is believed, will enhance the chances of transitioning the economy from one characterised by low-paying jobs to one dominated by high-paying job opportunities. Recent corporate failures such as the liquidation of nine (9) universal banks, twenty-three (23) savings and loans companies, and over three hundred and forty-seven (347) microfinance and microcredit institutions culminated in the call for a mixed operations approach to Ghana’s industrialisation drive spearheaded by President Nana Akufo-Addo’s government.

The mixed operations concept emphasises public-private-sector ownership and management of factories chosen to be established in various districts across the country. The approach calls for higher private sector and lower public sector participation and ownership in the country’s industrialisation process.

This would ensure effective checks and balances; assure the general public of continuity in the lives of factories to be established thereof; minimise import levels and reduce overreliance on foreign economies for essential consumer goods; ensure stability of the Ghanaian cedi relative to major foreign currencies such as the American dollar and British pound Sterling; create job opportunities for the youth and active labour force; and create ready markets for farm produce to eliminate post-harvest losses, among other significant socio-economic gains.

Views of Advanced Economies on Industrialisation

Advanced economies across the globe, such as the United States of America (USA), Germany, Russia, Japan, Great Britain, China, and South Korea, among others, have come to a common realisation. That is, the technological or abstract age alone is not enough to propel their respective economies to higher development echelons. Rather, a combination of industrialisation and technological advances is the panacea to their positive and successful economic advancements; it is the surest way of ensuring economic development and growth. China is described as the world’s factory.

Statistically, the Chinese economy manufactures one-third (1/3) of goods required globally; and remains a major supply of machinery, chemicals and communication equipment to the European Union, United States of America (USA), Japan, Vietnam, Taiwan, and Korea. This affirms the invaluable role of industrialisation in general, and China in particular, in the economic achievements of developing, emerging and advanced economies in the 21st century.

However, the graduation population is in excess of the cumulative number of employees who retire from both the public and private sectors of the Ghanaian economy annually. Since entrepreneurial initiative is at its nascent stage, elected governments are saddled with how to address the unemployment challenges in the country. Over the years, Orthodox Churches, including the Roman Catholic, Presbyterian, Methodist, Anglican, Evangelical Presbyterian (E.P.), Global Evangelical Presbyterian, African Methodist Episcopal (A.M.E.) Zion, among others; Pentecostals comprising Pentecost, Assemblies of God, Apostolic, Kristo Asafo, Christ Apostolic; and Charismatics such as the International Central Gospel Church (ICGC), Action Chapel, and Perez Chapel, to mention but a few, have contributed significantly to the training and development of human resource professionals by establishing academic institutions at various levels including basic, secondary and tertiary across the country. Further, leaders of the Islamic faith have established academic institutions at various levels, including tertiary, in different parts of the country as their contribution to the development of human capital.

The foregoing implies religious institutions contribute directly and indirectly to the relatively high annual graduation rate recorded in the country. Indeed, the enormous efforts of these religious bodies at churning out productive human capital for effective development and growth of the Ghanaian economy are duly acknowledged. However, unemployment remains a major threat to the Ghanaian economy. Unemployment statistics released by the International Labour Organisation (ILO) for 2019 show Ghana’s respective general and youth unemployment rates during the period were 6.78% and 13.69%. The respective unemployment rates for 2018 were 6.71% and 13.70%.

Indeed, the data show relatively low unemployment rates during the periods under consideration – and are indicative of relatively low unemployment challenges in the Ghanaian economy. Ghana’s unemployment rates compare favourably against figures recorded by South Africa, Nigeria, Kenya and France during the period. However, some economic pundits argue that the percentages do not reflect the actual number of unemployed in the Ghanaian economy.

Further, they argue the percentages are not a true reflection of unemployment challenges in the country due to a number of factors – including the absence of accurate measurement and reliable data on Ghana’s labour force and its attendant socio-economic dynamics. Therefore, rather than emphasising unemployment rates, elected governments would be better-off focusing their attention on how to strategically address the unemployment challenges. To mitigate the foregoing issues, religious bodies are being called upon to complement government’s efforts by participating actively in the One District, One Factory initiative. Stated differently, religious institutions in Ghana are entreated to consider, strongly, the establishment of factories in strategic parts of the country to shore-up the employment rate while reducing imports to appreciable levels.

Although churches in Ghana and across the world are noted for their humanitarian gestures, little is known about the churches’ direct involvement in the establishment of factories as a means of helping governments to alleviate high unemployment rates. Throughout the world, most churches are noted for growing crops to meet the growing food needs of increasing populations, and establishing administrative offices as well as radio and television stations in furtherance of the gospel and winning souls across the globe.

The decision of religious bodies in Ghana to heed this humble appeal and establish factories in selected regions or districts across the country would be an economic novelty; it may be an economic theory that will be tested and accepted in other countries or jurisdictions; just as microfinance was started in Bangladesh and is now an economic model worthy of emulation and application in many developing and emerging economies, including Ghana.

The cultivation of farm lands and variety of crops in commercial sizes and quantities; and the establishment of a technological ‘hub’ by Kristo Asafo for manufacturing cars, equipment, and detergents, among others, is worth commendinge. Finally, establishing the erstwhile Capital Bank by the ICGC was a prototype; it was a strategic way of ‘absorbing’ trained graduates from the Central University and other tertiary institutions in the job market. However, such sterling initiatives require improved and sustainable management acumen to assure continuity or extended corporate life-span. The One District, One Factory programme presents a unique opportunity for religious institutions to be global pacesetters in the fight against high and moderate unemployment rates in Ghana, and among world economies.

The writer is a Fellow Chartered Economist & CEO of EBEN Consultancy

Agile Working: why you should desire a remote working system as an employee

Digital payments drive up GWCL’s revenue by 14.6% in 3 months