Ghana is rising. That is no longer a narrative, it is a reality.

After enjoying more than two decades of sociopolitical stability, Ghana is now a land of economic freedom where investors from all over the world troop into to start businesses and/or takeover struggling ones that they nurture and build into multimillion-dollar companies that pay them handsome profits.

In spite of the liveliness in the economy over the years, more opportunities still exist.

In 2010, the oil economy emerged and has since combined seamlessly with the age-old mining business to create a buoyant extractive sector that is now dominating growth in gross domestic product (GDP). Together with the bubbling telecommunications sector and a sprawling financial industry (whose fortunes have been dampened by ongoing reforms),growth in the services sector is strong enough to eclipse the misfortunes in the agriculture sector and the manufacturing subsector, where locals are mostly found.

The result is a Ghana that is shaking off its old self and putting on a new coat akin to an economy on a confident ascent to prosperity.

And there is strong evidence to this. If you doubt, take a stroll through the principal streets of Accra and while at it, take keen interests in the skyline of the capital city. One will surely be greeted by multimillion-dollar, luxurious apartments, high-rise buildings, skyscrapers andmany more booming construction works that are meant to erect additional structures in our populous and increasingly cosmopolitan city.

On the streets are also fairly luxurious vehicles,cruising on asphalted roads that lead to these buildings. No wonder therefore that series of shopping malls and retail shops have emerged to, not only meet the needs of the continuouslyexpanding middle class but also to satisfy the strong taste of an import-dependent country.

These are but the few exemplifiers that the Ghana rising ‘fever’ has moved from a narrative to a reality. And it has done that steadily in acountry whose retail sector is said to be worthmore than $24 billion.

But the way that Ghana’s steady strides to prosperity are not hidden is the same way that poverty in the country is conspicuous. Remnants of the widening inequality, which has been deepened by the peculiar nature of the growth drivers, are remarkable. The streets of Accra and the other principal cities bear witnesses to this.

Every day, dozens of unemployed youth compete with vehicles and pedestrians in the major streets to sell, from which they survive and remit the excesses to their families, mostly in the hinterlands. In the night, these hawkers find shelters in every available structure, including even open streets, until daylight pours them back to the streets to continue with the struggle.

Poverty levels are still above 20 per cent of our population, according to the World Bank, and unemployment is now a ticking time boom.

What makes the situation more fretful is itscyclical nature. Like the World Bank notes in a 2016 report, poverty is intimately connected to the kind of job one holds, rather than to whether one works. In other words, poor people are more likely to access poor remunerating jobs and to think that this could impact their children and by extension generations, makes it even scarier.

What is the point? Ghana’s growth over the years, although commendable has failed to lift millions out of poverty. It has deepened the inequality gap and both the World Bank and the United Nations recognise this.

There is reasonable cause that the situation could keep more poor people and their generations in that situation for years and this why;

A chuck of the growth has been funded by less or non-inclusive sectors; sectors whose fortunes are in the tight grips of foreign interests. Take the extractive sector for instance. Although a strong enabler of growth, not many linkages are created to the real economy to help impact the likes of agriculture and manufacturing, where locals are known to have been burning their hands in. Yet, the billions of cedis recouped in investments are repatriated, rightly so, to the non-resident investors.

The telecommunications sector is another and before it was the banking sector.

To survive this, the country needs to restrategiseand bank all its hopes on entrepreneurship. This is where empowering local entrepreneurs comes in handy.

As an entrepreneur with appreciable number of years of experience, there is no gainsaying that an indigenous entrepreneur is five times likely to fail where his/her foreign counterpart would easily succeed.

That has nothing to do with intellect; it is an ‘environment’ challenge. And like good and bad, this has been unfortunately suffered by many entrepreneurs in the continent with Ghananot being an exception. In short, while bankable or business ideas is king in other jurisdiction, the environment — a pot of soup comprising attitudes, laws, policies, politics and politicking, state agencies and their agents and the agendas of politicians and their assigns — determine the success or otherwise of businesses in Africa.

The mere fact that local businesses are ‘one of our own’ and also start small means that they deserve all the support that the country can garner for them. Yet, that is never the case. Here, unlike elsewhere, consumers see products of local businesses as test-case products that must proof themselves before they enjoy patronage. As a result, trust and patronage arelimited, resulting in weakened growth. As for financing, there is more theses on it already.

The challenge aggravates as one moves up the ladder. The state is perhaps the biggest culprit in all of this. As the biggest consumer in every economy, Ghanaian and African governments have failed to use the state’s purchasing power to deliberately empower their own in business and create giant companies that can bridge the poverty and unemployment gaps.

The ruling class tend to see local entrepreneurs as ‘members of a party’ rather than as ‘members of development.’ Indigenous businesses aresometimes viewed as partisan and given raw deals by politicians. These politicians use the state’s swelling power to marginalise those they disagree with and in the process, depriveemployees and potential ones of life changing jobs.

These dampen local investments and boost foreign direct investment; a disconnect that we seem to have been happy about as a nation.

For Africa’s growth to narrow the poverty gap, these must change and Ghana should be thetrailblazer.

Fortunately, examples abound in the USA, Britain, Germany and China, among others, of how the state can use its purchasing power to deliberately create and sustain indigenous entrepreneurs and lift its citizens out of poverty. Ghana must endeavour to learn and apply these.

The first progressive step is for state agencies to see themselves as agents of positive and sustainable reform rather than as detractors. State institutions and their heads must prioritise repairs, not collapses or damages and they must create environments that do not force locals to look above their shoulders when making investment decisions.

Like I have said elsewhere before, for Mother Ghana to succeed, we all need to see ourselves as a part of a whole, working to better the lots of our own country and creating prosperity for the future. We need to appreciate that when indigenous businesses succeed, the rippling effects on the citizens and the economy do not come wearing political colours. In an era when private sector, not the state is driving economic growth, we in Ghana need to rethink how we treat businesses. We must create an environment that grows indigenous businesses just like the foreign ones. It must not be an environment that thwarts talents and encourages second guesses for locals taking investment decisions.

The author is a businessman and philanthropist, who founded several companies, including the recently collapsed Heritage Bank Limited 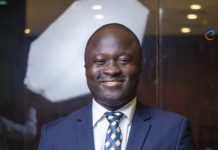