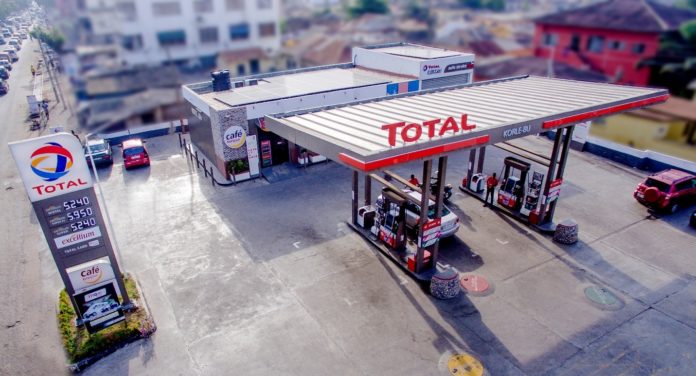 Total Petroleum Ghana Limited has presented Veronica buckets and other sanitation equipment to driver unions in three regions, as part of efforts to stop the spread of the Coronavirus (COVID-19) in the country.

The oil marketing company made the gesture at the Sankpala taxi rank in Tamale, Northern Region and other lorry stations at Wa and Bolgatanga in the Upper West and Upper East Regions respectively.

The items included sets of Veronica buckets, pieces of nose masks, tissue paper, packs of liquid soaps to each of the lorry parks in Tamale, Wa and Bolgatanga. The donation, according to the company, forms part its corporate response to ensure the safety and welfare of humanity, especially in this season where some people are more vulnerable to the consequences of the pandemic.

Presenting the items at Sankpala Lorry Station, Northern Zone manager for Total, Luke Kojo Asamoah said the impact of the COVID-19 has placed a responsibility on everyone to ensure that the situation is contained and that the clients of the company are key to the organisation hence the gesture.

He said the items would not automatically prevent the virus if people failed to adhere to the World Health Organization’s safety health protocols of social distancing, washing hands regularly with soap under running water, and avoiding social gatherings, among others.

According to him, the introduction of the Troxi Club product designed for commercial drivers has helped them to get instant discount with the cards: “In this pandemic era, we felt it necessary to support those who work with the company to help them keep safe.”

Without the commercial drivers and other customers, he said the company cannot exist, hence the need to ensure their welfare for a better future, he added.

He further stressed that the company has registered members of the Troxi Club on insurance to avoid any future calamity.

Receiving the items, Mohammed Adam, Assistant Secretary to at the Sankpala Lorry Station thanked the company for the gesture saying it would go a long way to help curb the spread of the virus since most lorry stations are at risk due to the services they offer.

Prof. Douglas Boateng’s thoughts …Could wigs and synthetic hair extensions be safe havens for this cunning and elusive coronavirus? Judge for yourself

Editorial : Religious bodies must not rock the COVID-19 boat

15 best books every startup owner must read and re-read for...