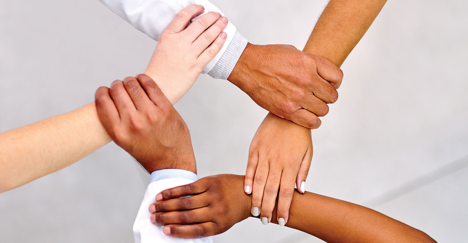 “Silence can sometimes be the loudest of answers.”

Teamwork gets the job done. It splits responsibility. It shares the glory and makes everyone proud. Don’t be seen as the only wise man in the village. So there were three friends, the Sparrow, the Pigeon and the Frog. There was famine in the land where they lived and so they decided to head on to the nearest town. The challenge was that; they could only do this by flying across the river that separates both towns. Wait a minute, two are birds and the other, an amphibian. Oh dear! They exclaimed!

Just before planning to take off, they realized, obviously, the frog could not fly. ‘Froggie’ then came up with an idea so they could fly together. The idea worked perfectly. Sparrow and the Pigeon held both ends of a rope and the frog held the middle with its maxillary and vomerine teeth, which were naturally not strong. In the air, the flying birds were all stunned to see an amphibian flying and as a matter of fact, being part of the sky riders.

Flying closer to the team, the crow decides to ask, so whose idea was this? The frog forgot its support and also wanting to prove a point on how genius it was, answered, it was my idea. In the process of answering, your guess is as good as mine. That is how highflying colleagues fall at the workplace. It should be teamwork. It doesn’t matter whose idea it is. Leverage on the team. It is wisdom to promote your team than yourself, within the team, even if you have to prove a point. Silence has always been the loudest of all answers sometimes.

Froggie could have been silent and the idea will spread like fire. Live in perfect space and keep giving your best shots and let your deeds tell the story. It’s sweeter that way. This story is deeper than you think. Think through it in your daily routine, both at work alone and in teams. Aristotle said ‘an idea is greater than a man’.

The team wins. Leverage on the competencies of your peers to perfect your incompetence. Tapping into colleagues have been very difficult a process for some professionals and employees. But it shouldn’t. What is wrong in genuinely asking a colleague to run you through some hard or soft skills you’ve been battling with? What do you lose? Of course nothing! And what do you gain? Knowledge! As Ben Franklin rightly said: an investment in knowledge always pays the best interest…. I strongly believe in this. Tap some from the team.

Referring to the ‘Froggie’ story, you could deduce that the frog could have stayed up there much longer if it was disciplined irrespective of how weak its teeth were. Most people don’t have the ‘D’ word. When your colleagues take you higher, learn to stay there and subsequently progress and even become better than them. You may not have wings to fly. In other words you may be weak in skills, experience and may not have the passion and the right attitude. That shouldn’t be a worry. The main bane is when you fail to be part of the team when you start flying.

John C. Maxwell in his book ‘Team’ hinted that when a team has a great bench the options are almost endless. Can you point a finger at a colleague you have developed recently? Froggie didn’t wait to see the end of its idea, let alone developing a new team to carry that idea along. People who quit in the process never quit at the very beginning. At least they cross half-way. But the point is, why do you quit halfway when you are halfway through the finish line? Pointless!

I won’t draw you into the argument of the proverbial glass. Half empty, half full. But when you belong to a team, choose the latter option.

Be part of the team. Think with the end in mind, to help you stay longer. And always remember as Earvin ‘Magic’ Johnson once said ‘ask not what your teammates can do for you. Ask what you can do for your teammates. When we begin to think like this, the workplace shall continue to be a beautiful space to work and subsequently deploy our talents.

Bernard Kelvin Clive’s thoughts….Emailing branding : Making the most of your emails.