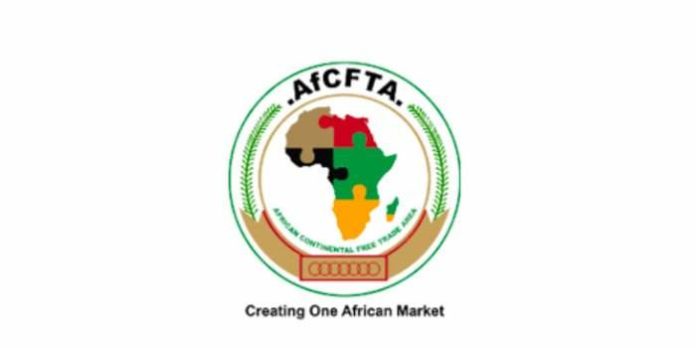 The Economist Intelligence Unit (EIU) says if anything is likely to hamper the progress and success of the African Continental Free Trade Agreement (AfCFTA) it will be protectionist sentiments among member-states.

According to the EIU, glimpses of this have started manifesting in the form of a land border closure by Nigeria in August 2019, in a move to curb smuggling and protect its local industries.

“The African Continental Free Trade Area (AfCFTA) agreement came into force in May 2019, although its impact will similarly be constrained by logistical bottlenecks and protectionist sentiment among member-states.

“For example, from August to November, Nigeria—a key trade partner for Ghana—closed its southern borders to traders as it looked to protect domestic industries. The incident is likely to stall further momentum toward regional integration, amid widespread anger across the region at Nigeria’s heavy-handed protectionist stance,” the EIU said in its December 2019 Country Report for Ghana.

Some experts have described Nigeria’s border closure as worrying, especially, considering the negative example it is setting and the tension it is brewing for the AfCFTA – which has the ability to create the world’s largest free trade area, and the potential to unite 1.3 billion people in an about US$3-trillion economic bloc and usher in a new era of development.

The main objectives of the AfCFTA are to create a continental market for goods and services with free movement of people and capital, and pave the way for creating a Customs Union. It will also grow intra-African trade through better harmonisation and coordination of trade liberalisation across the continent.

The AfCFTA is further expected to enhance competitiveness at the industry and enterprise level through exploitation of opportunities for scale production, continental market access and better reallocation of resources

Besides the EIU’s concern, the World Bank has also expressed similar worry regarding non-tariff barriers, which it says will also be a threat to the trade agreement’s success.

“We need to address the issue of non-tariff barriers. The African Continental Free Trade Agreement has so far really made great strides in reducing tariffs barriers. But there are non-tariff barriers; there are infrastructure constraints which will prevent our countries from really reaping the benefits of that agreement and therefore creating the jobs.

“Again, free movement of people is necessary for the agreement because that will drive the expected growth in services. The service sector is one that will be creating a lot of jobs across Africa. But for that to happen, we need free movement of people,” Chief Economist of the World Bank for Africa, Dr. Albert Zeufack, said last year during the launch of Africa’s Pulse report (20th edition).

US jobs growth in October falls short of forecasts