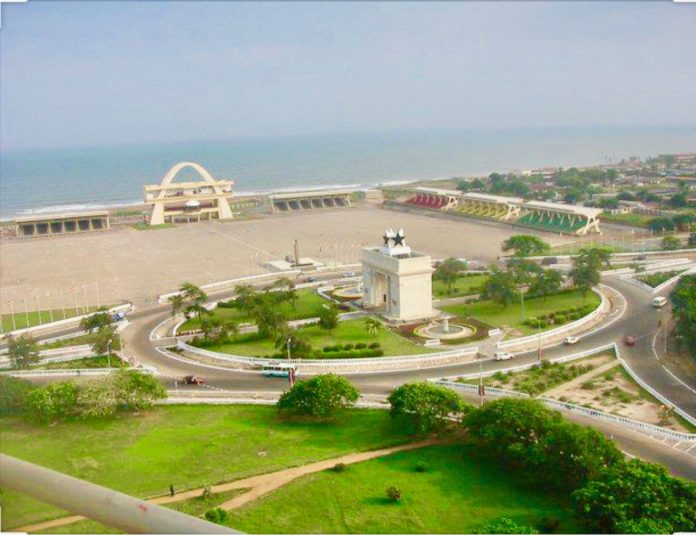 “My brain is on five per cent battery. So, if y’all don’t mind, I’m going to take some time to rest and soak in the calm peace of nature outside,” Dr. Henrietta Aidoo informed her colleagues as she ambled out of the isolation centre at the Greater Accra Regional Hospital.

It had been seventy-two hours and counting on this shift of treating the coronavirus disease patients admitted at the foremost treatment centre in the country. Within the last five days, the number of new cases increased as they were testing people who had travelled into the country prior to the closure of all the entry points of the nation as announced by the president. The cases were at 96 now at their hospital and those selected as caregivers were too few to handle all the cases.

To say, Henrietta and her colleagues were overwhelmed was an understatement. She took a deep breath once she stepped out of the changing room, where she dressed out of her personal protective equipment and ensured that she had thoroughly washed her hands, into the open air.

There’s a certain level of tiredness that equates to insanity. That was the state Henrietta was in. She wanted to temporarily dislocate her spirit from her body. She wished God could take her out for just a short while and let her soul go wherever souls go to be zen.

She sat on the nearest bench and reached for a box of cigarettes from her breast pocket. She lit a stick despite her brain protesting. It was a lost battle for the brain as her actions have become severed from her thoughts. She allowed her thoughts though because it made her feel she wasn’t addicted. She reminded herself of the all reason she should not be smoking, especially at this time. Then she made her usual excuse. “It’s just one for today. I’ll do better tomorrow. I deserve it because I have been working hard and might go crazy if I do not find relief in something.

She inhaled smoke, held it in her lungs for a few seconds and puffed it out. She admired the stick in her hand. The wrinkled toxic stick had a slow creeping stench. Within moments its chemicals invaded everything she was, from a sickly yellow film over her skin to the air in her lungs. The cigarette smoke had this entitlement; to be closer to you, touching your face as if random yet calculated.

She rested her head on the bench and huffed some more nicotine into her system as she thought about this career she path she chose.

She opened her eyes and noticed her fiancé walking towards her. During her last break, she had a video call with him. They talked about how they had missed each other and what they would give to be in the other person’s arms. Since the first case was recorded in the country three weeks ago, their contact became restricted.

The closest she had been to him was when she drove past his house three days ago to report for this shift. They talked over the phone while he looked through the windows of his house and she from the windows of her car. Although she was taking every precaution at work, she could not risk meeting with him in person.

How did he get to the hospital? How did he go past the police and army officers in the streets of the capital who were ensuring that the president’s directives on restricted movements were adhered to? Why would he risk coming there, knowing that almost everyone there had been in contact with a patient? Who even gave him clearance to come to the isolation centre?

Questions flooded her mind. However, she did not have the strength to process them for answers. A part of her too did not care. She was delighted to see him. He swaggered towards her, wearing the brightest of smiles.

He motioned her to remain seated when she tried to get up and meet him. He knew she was too tired to do anything. When he finally reached where she sat, he knelt down and brought her in for a long hug.

There is the hug of gentle arms that still gives the space to breathe; then there is the hug of strong arms that tells everything that you are – body, brain and soul – that they are with you. Henrietta loves both – the duvets and the human shields. Each has their time but at that moment she wanted both and Rex had a way of giving her exactly what she wanted. A drop of tear fell from her eyes.

“Herty,” he whispered her name.

“Mmm,” she responded and opened her eyes.

She immediately shut them again and wiped the tears from her face, ignoring all the caution that people should not touch their faces. Then opened her eyes again to meet the person she had seen the first time. It was the leader of her team, Dr. Siribuor.

“Herty,” he called her again. “Go home and get some rest. Come back tomorrow at this time. We have everything under control here”.