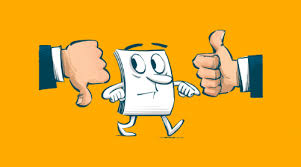 The Board of Directors and members of the Ghana Co-operatives Council are seeking passage of the Co-operative bill, 2019 into law and called on government to expedite the process.

Acting Secretary for the Council, Albert Akwesi Boakye, indicated that Co-operatives in their various forms are gradually becoming an indispensable tool for rapid social and economic transformation of their members’ lives, and successful Co-operatives in Ghana have become growth centres in their catchment areas – especially in rural Ghana.

It is becoming evident that there is a positive correlation between agricultural and rural development and Co-operative societies.

“It will interest you to note that the present legislation in Ghana for Co-operatives is the National Liberation Council (NLC) Decree 252, which was promulgated in 1968. You will agree with us that the social, economic and political situation and climate in the country have changed considerably, and therefore the law needs to undergo a holistic overhaul to reflect realities on the ground.

There have been several stakeholder meetings and engagements between the Department of Co-operatives, the Ghana Co-operatives Council, the Ministry of Employment and Labour Relations, Attorney General’s Department and the Parliamentary Committee on Employment and State Enterprises since the year 2000 to discuss the bill’s contents. “We are reliably informed that the draft bill is with the Attorney General’s Department,” he revealed.

He mentioned several benefits that the country will accrue if this bill is passed into law. These include: job creation opportunities for the unemployed, women empowerment, holistic improvement in agribusiness ventures, as well as the opening-up the rural areas with cottage and rural industries – which will reverse the tide of rural-urban migration.

Central banks call for action on climate change   -Summary of...