The Ghana Tourism Authority (GTA) has revealed that the ‘Beyond The Return’ initiative which follows the successful ‘Year of Return’ campaign will last for 10 years, as part of a strategy to attract investments to various sectors of the economy.

The move, according to the CEO of the GTA, Akwasi Agyeman, has become necessary due to the interest most of the visitors who patronized the Year of Return showed in investing in some sectors of the country.

“The Beyond the Return is a 10-year project; so, once we start, we are not looking at just a year’s KPI but broadly the way these things will stand the test of time. So, between January and now, since we ended the Year of Return, what we have been doing is to agree on all the pillars with the various agencies.

He further stated that the initiative, launched by President Nana Akufo-Addo last month, is expected to significantly transform the economy in the next decade, adding that several measures are being put in place to shape the execution of activities during the period. The focus areas include investments in capital markets and real estate, as well as, citizenship, easy visa application and heritage infrastructure upgrade.

All these pillars, are expected to form the driving force behind of the Beyond The Return initiative and will be launched in March this year.  The various agencies will be mandated to fashion out mechanisms to help achieve the goals over the 10-year period.

“After Independence Day we will officially outdoor the pillars … the pillars will broadly define who does what. For example, the Minister of Finance has announced the Sankofa Account – an investment fund for those in the diaspora, but this is something between the GIPC and the Bank of Ghana which needs some clarification so that when people come in, they know who to contact and how they can get involved.”

This year, the GTA is aiming to build on the success of the Year of Return programme which saw over 1.1 million tourists visiting the country in 2019 from the 956,000 recorded in 2018. Last year’s figure represents an about 200,000 increase in number of visits over the previous year.

The numbers, according to the GTA, came from America, Caribbean and Nigeria. As a result, Mr. Agyeman said the GTA is pushing hard on marketing and developing the heritage infrastructure, or tourist sites to give visitors more options when they arrive in the country.

“One of the pillars of the Beyond the Return is the improvement in our heritage infrastructure. During the Year of Return we realized that we were limited in the areas we could take people to Cape Coast, Elmina and Aassin Manso but there are other areas like Golu, Salaga, Pikworo all the way to Bono Manso so we are going to focus on infrastructure development; the product development and marketing,” Mr. Agyeman added.

The Ghana Tourism Authority disclosed that it cost the country about GH¢6 million to promote the ‘Year of Return’ campaign. 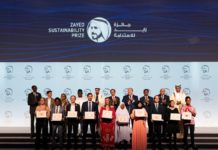 How customers are risk rated to prevent crime

Reduce lending rates or we will force you to – BoG...