Last week, Paa Kwasi Anamua Sakyi (aka Joshua Anaman Sackey), the Executive Director of energy think-tank, Institute for Energy Security, commenced the process of enstoolment as the Ankobeahen of Ekumfi Traditional Area, and the Chief of Ekumfi Abor, near Mankessim in the Central Region of the Republic of Ghana.

Mr. Sakyi’s, who is also a columnist at the Business and Financial Times (B&FT), installation follows the passing away of Nana Amoasi VI few months ago. The three gates of Aguana Clan at Ekumfi Abor unanimously elected Mr. Anamua Sakyi to succeed the late chief.

The Climax of the enstoolment of Nana Amoasi VII is the morning of Thursday 27th February 2020. On the day, the new Chief would be paraded in a palanquin across the streets of Ekumfi Abor, before he sits in state to address a durbar of well wishers, Chiefs and people of Ekumfi Traditional Area.

Thursday is expected to see an array of traditional activities and cladding. The theme for the program is strictly black and red, as the 40-days rites of the past Chief are yet to be observed.

See Also:  The making of a multimillion dollar business …how GOIL survived divestiture scare to become a national pride

Ekumfi Abor boasts of eminent personalities in the Ekumfi Traditional Area. Abor also has the largest Pineapple plantation in Central Region, and the major contributor of feedstock to the Ekumfi Juice Factory. 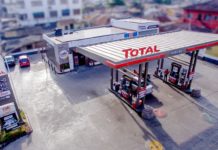 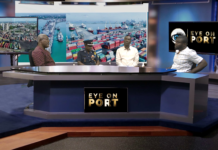 AfCFTA: ‘Trade facilitation holds the key to its success’