Newmont Goldcorp Corporation- world’s leading gold mining company is expected to bolster its production base in Ghana when the proposed Ahafo North project comes on stream.

The Ahafo North project in the Tano North Municipality of the Ahafo Region is estimated to generate an annual average production of 260,000 ounces. The project site is located at about 50km away from the Ahafo South mine. The yet to be operated mine will have expected lifespan of 13 years. The site contains about 3.38-million ounces of reserves and more than one-million ounces of resources.

The open pit mining site will cover about 4,000 hectares, affecting communities like Yamfo, Sussuanso, Afrisipakrom, Abrobaa and Terchire. The scope of the proposed project includes construction of a stand-alone Ore processing plant, and ancillary facilities and a water storage facility. The project will also involve the diversion of approximately a 9km stretch (between Afrisipakrom and Terchire) of the Kumasi-Sunyani highway.

It will be one of the most important growth projects in Newmont Goldcorp’s global portfolio expected to improve production and as an element for long term sustainability of the company’s presence in Ghana.  This will be the second operating site of Newmont in the Ahafo enclave after the Ahafo South Mine at Kenyasi.

Newmont Goldcorp is currently in the process to fulfil all the requirements before it will be given the green light to commence operations. It is against this backdrop that the Environmental Protection Agency (EPA) organised a public hearing for the Chiefs and people of the affected communities of the proposed project. The public hearing was to solicit the concerns of the people for redress before the project commences. This was in accordance with Regulations 17 (1C) of the Environmental Assessment Regulations, 1999 (L.I 1652) and Ghana’s Environmental Impact Assessment Procedures.

Speaking at the durbar, Steven Petrofes, Newmont Goldcorp Corporation Regional Project Director-Africa said: “the proposed Ahafo North Project, is one of the key growth projects for Newmont. Our purpose as a business is to create value and improve lives through sustainable and responsible mining. In delivering on this commitment, we are guided by our established values of safety, integrity, sustainability, inclusion and responsibility”.

He noted that the ultimate aim of Newmont is to ensure that the project creates shared value in the areas of employment and other socio economic benefits to the host communities and the country at large, adding: “we have demonstrated over the years with our current Ghana operations that we practice and maintain high level environmental standards and performance and will be using our learnings from these operations to continue to provide exemplary environmental performance with the Ahafo North operation”.

In October 2019, Newmont Goldcorp announced that its Ahafo Mill Expansion (AME) project successfully achieved commercial production, on schedule and within budget for approximately $175 million. Combined with the Subika Underground, which was successfully completed in November 2018, the mill expansion is expected to increase Ahafo’s average annual gold production to between 550,000 and 650,000 ounces per year through 2024, while lowering life-of-mine processing costs.

See Also:  The Future of Work Capsules: The future of work. Are we prepared for the change?

The mill expansion will increase average annual gold production at the Ahafo mine by between 75,000 and 100,000 ounces for the first five years, beginning in 2020, with mill capacity expanding by more than 50 percent through the addition of a crusher, grinding mill and leach tanks. The project is expected to deliver an internal rate of return of more than 20 percent and, together with other projects at Ahafo, will extend profitable production through at least 2029.

Over the last six years, Newmont has successfully built eleven new mines, expansions and projects on four continents – on or ahead of schedule and at or below budget. These projects include Akyem and the Phoenix Copper Leach in 2013, the Turf Vent Shaft in 2015, Merian and Long Canyon in 2016, the Tanami Expansion in 2017, and Twin Underground, Northwest Exodus and Subika Underground in 2018, and the Tanami power project in 2019. The Company also completed a value-accretive acquisition of Cripple Creek and Victor in 2015 and delivered a profitable expansion at the mine in 2016. 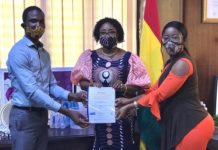 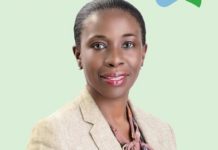 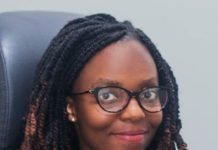 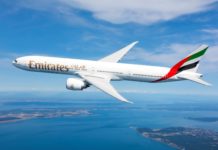 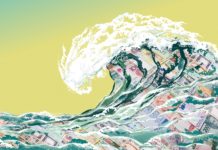 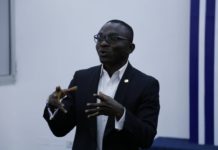 New Agric census to be conducted after 33 years

The global impact of a Chinese row