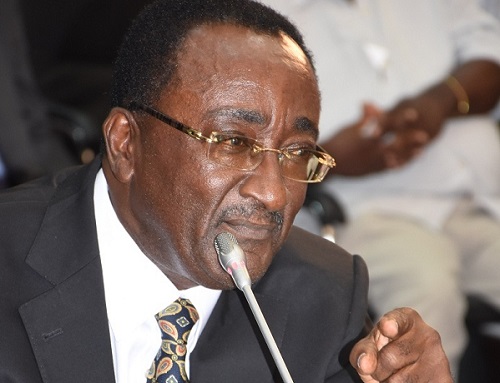 The Minister of Agriculture, Dr Owusu Afriyie Akoto has stated that the ministry through its flagship programme Planting for Export and Rural Development has built the capacity to produce enough cash crops for export, which could inject US$14billion into the economy as a solution to reducing the unbalanced import substitution

He noted depreciation of the currency has been the norm for a very long time, and is only a reflection of the structural imbalance between the country’s export earnings and import expenditure; therefore, the Agric Ministry under the Planting for Export and Rural Development programme, which is a model of Planting for Food and Jobs, has selected six cash crops outside cocoa to produce in large quantities on an import substitution basis.

The minister emphasised that for these six crops – oil palm, coconut, mango, cashew, coffee, rubber and soya bean – each one should be able to earn the country US$2billion, which is equal to what cocoa is currently injecting into the economy.

“If I say that these six crops will give us US$2billion each, it means that our capacity will grow from only US$2b for cocoa to US$14b – which is enough to cover our existing import substitution.”

“Agriculture has the potential to correct its own structural imbalance which is giving rise to the volatility of the cedi. When it comes to the drive for export earnings, Ghana is endowed than any other country under the sun,” he said.

Dr. Afriyie Akoto made this pronouncement while addressing the FX Development Committee’s first meeting, held at the premises of the Ministry of Finance.

He reiterated that the country is spending about US$12billion annually on importing all kinds of goods, including food items, yet the export earning capacity cannot consistently cover expenditure; and that is why Ghana has to grapple with volatility

“You may think that it sounds very high-winded, but the potential that this country has in terms of water, land and labour is enough to establish that capacity in the next few years. So, what we are doing is to bring all the research institutions that are doing research into these areas together and access their capacity to support the quantity of planting materials needed.

“I have a technical community in place and we need a budget of US$40million to expend the production process,” he added.

He noted that given the debilitating impact of cedi depreciation on the Ghanaian economy, government has established the Foreign Exchange Development Committee (FX Committee) to offer policy alternatives for addressing the challenge.

“Despite significant measures the central bank put in place during the previous year, the country is still not yet out of the woes of FX volatility; and we believe that there is a lot more we can do as a country to better-manage depreciation of the cedi.

“It is for that reason that we have assembled a cross-section of the country in terms of all stakeholders within the FX market: to find about FX challenges and develop transparent and clear ways of dealing with the volatility,” he said.

He reiterated that the work of the committee is not to infringe on the central bank’s independence in carrying out its foreign exchange operations, but rather to complement it.

With Apex10 organic fertiliser booster, farmers get 3× times yield while reducing fertiliser use by 50%

Editorial: Revenue targets set to be missed due to COVID-19

Tracking trade during the COVID-19 pandemic