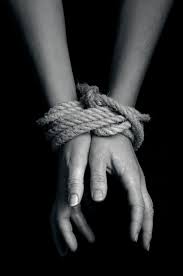 Join DeEye App in the Fight against Human Trafficking

World Day against Trafficking in Persons 2019 is held on July 30th 2019, and is an annual event. People-trafficking and modern day slavery are massive worldwide problems, with very few countries immune to human trafficking, and the event by the United Nations is to raise awareness and increase prevention of that.

In Ghana, Bluconyx in collaboration with partner organisations is commemorating the day with DeEye App. The DeEye App helps to find people who go missing in society. The App uses Artificial intelligence (AI), real-time tracking and block-chain technology to help in the search for missing persons. The App enables information on missing persons to be circulated among the general public for easy identification and tracking. In essence, it gets everyone on board in the search of a person or child who cannot be found. This makes effective use of the initial hours after a person goes missing, before the person is taken far away or out of the territorial reach.

The United Nations organised the World Day against Trafficking in Persons to raise awareness, encourage vigilance and gain support for the prevention of human trafficking.

Thousands of men, women and children end up in the hands of traffickers every year, often through being tricked and misled to believe that they are being taken to work that will make their family better off; or through force, kidnap – or even through very poor families selling children in order to survive. There are many ways that people get caught up in trafficking, but the result is the same: they lose their rights and identity and are used and abused, and it is a global problem…an industry not far behind drugs and arms in terms of profit for traffickers.

Trafficked people are forced to work, often doing hard labour or prostitution for no reward; and usually have their identity and documents removed from them and are warned of terrible punishments if they escape. And, often, they are taken to unfamiliar countries where they don’t know the language and have no way of getting help; some die and are never heard of again by their families and communities.

A global problem like trafficking needs a global solution. The DeEye App is to be launched in Ghana this October, and will empower the general public with the right information to fight this menace. DeEye App can be downloaded via the Apple store or on android after its launch later this year. Let’s all join DeEye App in the fight against human trafficking and help find persons who may be victims of this canker. This will augment the effort put in by our law enforcement agencies and make Ghana a safer place to live. www.bluconyx.org/deeye

Duty on imports slashed by 50%