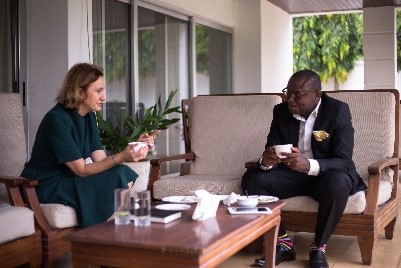 The events that unfolded on the night of 15th July, 2016 will for a long time be engraved in the hearts and minds of all Turks and followers of events in Turkey the world over.

In the middle of the night a renegade section of Turkish Millitary launched a coordinated operation in several key cities in a bid to unseat the Government of President Recep Tayyip Erdogan.

Explosions rang out in Ankara and Istanbul as soldiers with tanks took to the streets while fighter jets bombed Parliament. At that point it appeared the coup plotters would carry the day. Yet what was to follow was even more astonishing.  President Erdogan himself via social media called out to the citizenry to come out and resist the coup plotters. As his announcement and news of the illegal uprising spread like wild fire on social media, thousands of ordinary citizens armed with no more than kitchen utensils poured out into streets of major cities to resist the uprising.

Crowds resisted tank fire and air bombardments and with the help of loyal soldiers and police forces defeated the coup attempt in a matter of hours.

The overall price of the victory over this treacherous attempt to topple the Government were steep to say the least. When the dust settled, 251 people had been killed with a further 2000 sustaining various degrees of injury.

In the aftermath of the coup, global reactions to the coup itself and events thereafter were mixed. While some sympathized with the Turkish Government and strongly supported it’s tough action in dealing with the perpetrators and their accomplices, others have sought to cast doubts on the severity of coup attempt itself and criticized the strong actions of the Turkish Government in the aftermath of the coup.

Many in Ghana have similarly struggled to make sense of the events of July 15, 2016 in Turkey as well. Thus, in commemoration of the third anniversary of the failed coup attempt, we sat down with the current Ambassador of Turkey, Dr Ulueren, who herself was in Ankara that faithful night and was thus a direct witness of the events of the night, to give us a better understanding of the events as it happened and why the Turkish Government has taken the actions it has taken till date. Aboagye T. Mintah. Aboagye had a chat with the Ambasador and below is the full interview is published below.

▪ You have been in Ghana now for several months, how do you find working in Ghana and what do you like most about our country?

I have been in Ghana since mid-January. I am sincerely impressed by the glorious history, deep and diverse cultural heritage,  unique  traditional values as well as  outstanding potential of this beautiful country.

Turkey highly values its friendship with Ghana and considers it an important partner in the sub-region. We are determined to continue to be a development partner for Ghana in line with H.E. President Akufo-Addo’s vision of “Ghana Beyond Aid” and other flagship projects.

Using this opportunity, I would like to congratulate Ghana for being elected as the host country for the Secretariat of the African Continental Free Trade Area.

▪ You were in Ankara on the night of July 15, 2016. Kindly describe the events that happened and what the general feeling was like.

At the first sightings of fighter jets flying over Ankara, we recognized  there was something special amiss.

It is impossible to find the appropriate words to describe the brutality and treachery that was displayed that night.  It was the bloodiest terrorist attack in the history of Turkey.

Gülen and his followers planned and tried to capture the Turkish Republic on that date.

They tried to assassinate the President of the Republic of Turkey. They attacked the Prime Minister’s vehicle and air-bombarded the Grand National Assembly. The Presidential Complex, the buildings of the National Intelligence Organization and Turkish National Police departments were attacked. The Police Special Operations Center, the crucial counter-terrorism operational body of Turkey in Ankara, was bombed by fighter jets, killing 55 police officers and injuring hundreds on the spot.

See Also:  I AM UNLEARNING ...African men and masculinity -What Kind of Man Are You?

His disciples within the armed forces used lethal military force against innocent civilians who took to the streets to defend their democratic institutions. On that night they took the lives of 251 Turkish citizens and wounded more than 2000 people.

It all started under the guise of a charitable education effort back in the 1970s. Fetullah Gülen and his followers disguised themselves as a benign education movement when they started the campaign of establishing schools in Turkey and later around the world.

The first step of their infiltration campaign was putting kids through school by offering them financial support. They then applied a heavy hand of indoctrination to get them to buy into their corrupted principles. Financing of the schools came from their holding companies and donations from business people aligned to their cause.

In order to infiltrate the critical government posts, FETÖ affiliated students were provided with the answers to entrance exams. There are currently many investigations into mass-scale exam cheatings in Turkey.

The FETÖ members infiltrating critical state posts abused their power and eliminated whoever opposed the organization by illegal wiretapping, fabricating evidence, unlawful arrests, thereby intimidating and blackmailing a large segment of the society.

The organization, aimed to transform the society by taking control of the Turkish state from within. It gradually turned into a secretive “cell-type”  operational structure, using code names and secret communication systems.

Thus, it would be a huge mischaracterization to think of Mr. Gulen merely as a peaceful Islamic scholar and preacher, as some circles try hard to portray.

▪ Some people especially in the mainstream western media have casted doubts on the entire coup attempt and especially on Mr. Gulen’s involvement given that he had been exiled in the United States for a long time even before the Coup attempt. Indeed some people here in Ghana shared similar sentiments at the time. What specific evidence has been uncovered by the Turkish Government to back its accusations?

Fetullah Gülen is the ringleader of a clandestine, criminal and terrorist organization called FETÖ that is unprecedented in terms of its global reach, ambitions and methods. Gülen is the mastermind behind what happened in Turkey on July 15th, 2016.

His desire to take control of the Turkish State and to reinstitute the regime according to his perverted religious ethos was no secret in Turkey. For decades he directed his followers to infiltrate all critical state organs, such as the police, the judiciary and the armed forces.

All the evidence collected so far throughout the investigations and trials demonstrates that the bloodiest terrorist attack in the history of Turkey was orchestrated by FETÖ under the instructions of Fetullah Gülen.

The ongoing investigations, prosecutions and trials yielded that Fetullah Gülen is the administrator and ringleader of the FETÖ armed terrorist organisation and that he gave the order to stage the coup.

We have an extensive collection of factual evidence including video footage, digital materials,  satellite communications among plotters, the confessions of FETÖ members who actively participated in the coup attempt and the statements of those Turkish officers resisting the coup attempt.

To give  a crucial example; the then Chief of General Staff and the current Minister of Defense, General Hulusi Akar, was held hostage by the plotters during the coup attempt at Akıncı Air Base. Officers, proved to be FETÖ members leading the coup, urged him to speak directly to Fetullah Gülen, hoping to persuade him to join them.

▪ Some people here in Ghana expressed concerns that while the events of July 15, 2016 were treasonous and shouldn’t be condoned, it was still an internal political issue that shouldn’t be made a foreign policy issue. Why has the Turkish Government taken steps to warn other countries of the Gulenist threat? What risks do they pose to Ghana for instance?

We are faced with a global enterprise, with global aspirations of power and dominance. FETÖ is present in around 160 countries, with schools, businesses, NGOs and media houses. Their modus operandi is the same all around the world. As its strength grew, the organization began to claim a global messianic mission, depicting Fetullah Gülen as the “Imam of the Universe”.

Their actions in Turkey should be considered as a wake-up call for other countries.

As they aim to infiltrate and enlarge their global economic and political influence, they constitute a direct security threat for any country where they operate.

The Turkish government have been alerting  countries around the world where the movement runs schools, to pay close attention to what was going on at the schools.  In many countries,  FETÖ schools and other entities have been closely inspected and put under state control.

▪ Having suffered a number of coups as a country many here in Ghana sympathized with Turkey over the events of July 15, 2016. However some have become concerned over the seeming strong-handed approach adopted by the Turkish government in its attempt to deal with the alleged perpetrators? How would you respond to people who say the Government is taking matters too far?

As the Turkish Government understood what was actually in place, the necessary legal actions were taken against FETÖ.  The disclosure of their secret communication systems and interceptions of FETÖ instructions made our efforts easier to identify their schemes and to incriminate them.

The 15th July armed coup attempt demonstrated FETÖ’s  unwavering resolve to use terror, alongside other crimes, as a means to achieve its ultimate aim. With this act, FETÖ has clearly shown itself to the world as one of the most dangerous terrorist groups.

▪ What measures has the Turkish Government taken over the period to ensure the events of July 15, 2016 never repeat itself.

As the Turkish Government understood what was actually in place, the necessary legal actions were taken against FETÖ affiliated structures.

As we are faced with a global enterprise with global aspirations of power and domination, we have also concentrated on bilateral/international efforts.

Indeed, Turkey has always been on the forefront of the efforts to increase awareness in the international community on the threat of terrorism. We consider combatting all kinds of terrorism unequivocally as imperative.

▪ The way the citizens of Turkey rallied to save President Erdogan’s regime has been described as unprecedented. What do you think accounted for this?

It was really unprecedented. Above all, it was the people of Turkey from all backgrounds and political views who resisted and displayed a historic example of solidarity as they stood selflessly in front of the tanks and reclaimed their  democratic rights.

Under the leadership of President Erdoğan, the Turkish nation shielded with their body to repel the attempted coup.

▪ As a career diplomat and a witness of the events of July 15, 2016, what lessons do you think as a nation Turkey picked up from the failed coup?

We are commemorating the third anniversary of the thwarted coup attempt of July 15, 2016.

July 15 was a trial of strength and perseverance for the Turkish democracy and the State. It makes us proud to have passed this test. All the political parties, both in government and in opposition, the uninfected elements of the Armed Forces, the Police Force and the media stood up against the attempted coup.

Aboagye T. Mintah is a Turkey-Africa Economic Relations Expert and founder of TurkAfriq. You can reach him on aboagyemintah@gmail.com or on twitter @aboagyetmintah and instagram @mintahaboagye

Tema-Mpakadan Railway line to be completed by June 2020